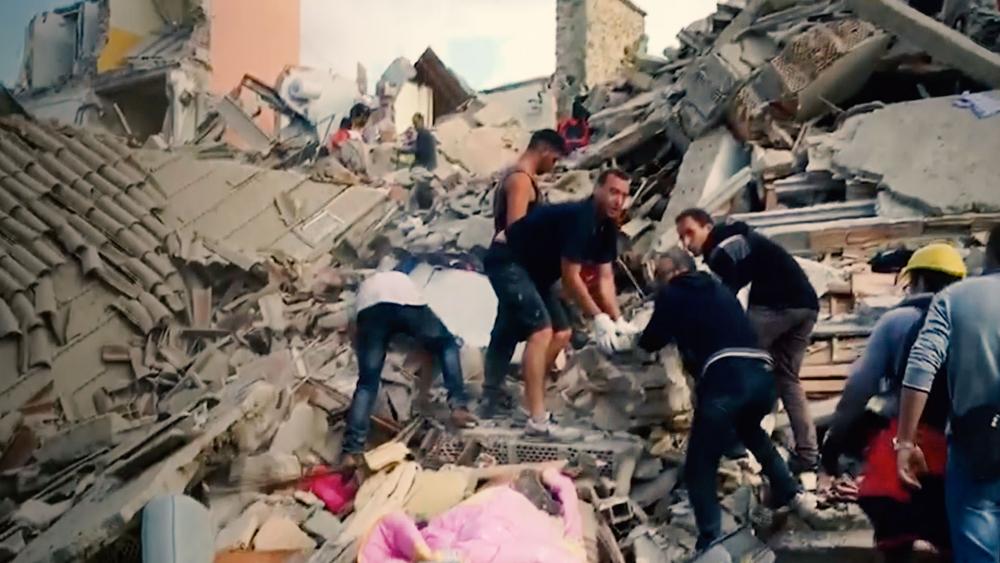 Just when an Italian family thought they had lost everything from a devastating earthquake in Italy last month, familiar barks uplifted their spirits.

Their four-legged family member, a golden retriever named Romeo was pulled alive from the rubble nine days after his home was destroyed.

Romeo was sleeping on the first floor of the house when it collapsed in the area of San Lorenzo Flaviano. The owners were able to escape from the floor above him, leaving Romeo behind and all hope that he was even alive.

A week later they heard him barking from under the crumbled house after they returned to look for anything remaining.

Fireman were able to save the golden retriever, lifting him out from under the rubble.

"We immediately began moving masonry from where the barking was coming from and incredibly we got to him and he was in pretty good condition," one of the firemen told the ANSA news agency. "Luckily some beams had fallen in a way that they were holding up the weight of everything above them, leaving Romeo with a little niche that he was able to survive in."

He came out unscathed, running around and reuniting with his loved ones.

"He is in great shape," one of the fireman said, as Romeo trotted around the surrounding area.