You Won't Believe Where This Ancient Ten Commandments Carving Was Found 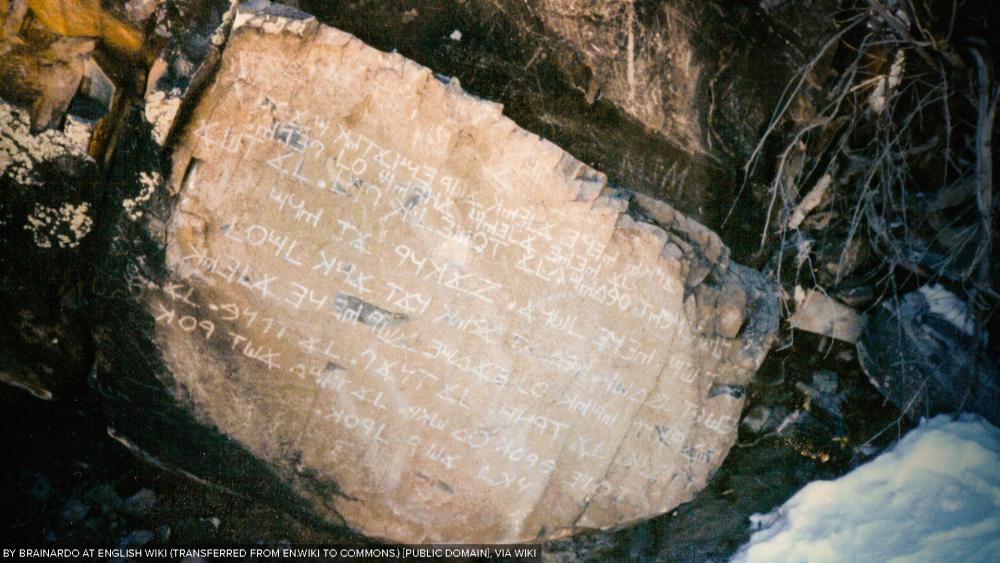 A boulder inscribed with a Hebrew translation of the Ten Commandments was reportedly found in the last place people may expect: America.

It is said to be the oldest known Ten Commandments written in Hebrew.

The controversial carving is located west of Los Lunas, New Mexico, at the bottom of what is called the "Hidden Mountain."

The 80-ton boulder, which is still being called a "mystery stone," a ""Phoenician Inscription Rock," or "Mystery Rock," contains the text of the Ten Commandments written in ancient Paleo-Hebrew.

"This form of Hebrew writing was used for approximately one thousand years and fell into disuse around 500 B.C.," explained Roni Segal, an academic adviser with eTeacher, an online language academy.

According to BreakingIsraelNews, the boulder is so large it may have been in its present-day location since the time of King Solomon.

"The more square-like Hebrew script used today came into common use after King Solomon's reign," Segal continued. "Since the writing on this stone is in Paleo-Hebrew script, archaeologists surmise that this stone dates back to biblical times."

Harvard scholar Robert Pfeiffer, an expert in Semitic languages, confirmed the Paleo-Hebrew script's authenticity and translated the writings as the Ten Commandments, which include, "I am the Lord, thy God, who brought you out of the land" and "Thou shalt have no other gods."

Some, like Kenneth Feder, professor of archaeology at Central Connecticut State University, are saying that the stone is fake.

"The stone is almost certainly a fake" because it makes use of some modern Hebrew punctuation and contains numerous stylistic and grammatical errors, he said.

Late professor and archaeologist Frank Hibben, who had a reputation for fabricating archaeological data, was the first to bring up the stone in 1933. He said that he was first shown the Decalogue by a guide who claims to have found it in the 1880s.

Due to the stone's enormous weight and years of not correctly deciphering the inscriptions, its authenticity has never been proved by a laboratory.