The President's Pew: How One D.C. Church Solved a Presidential Dilemma 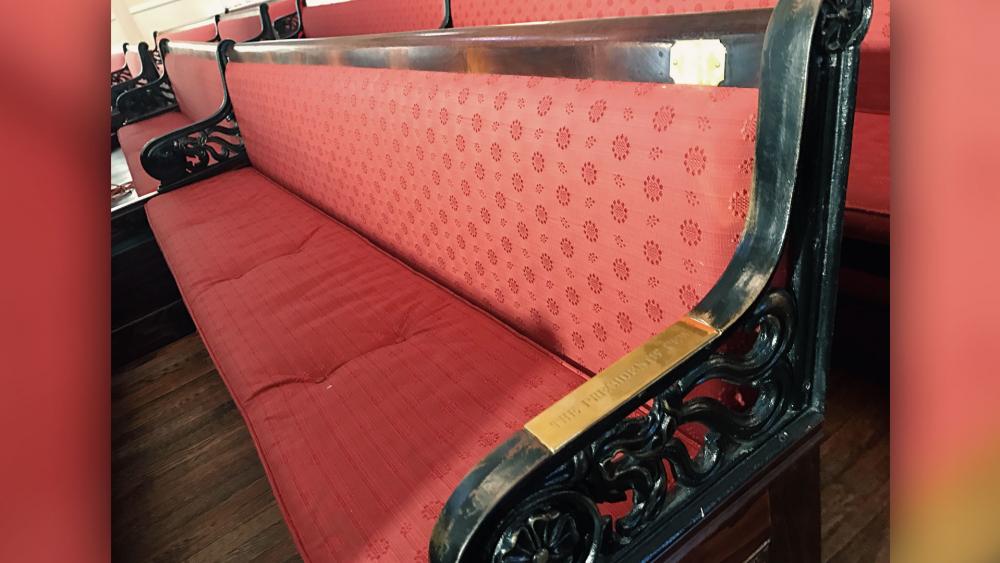 The President's Pew: How One D.C. Church Solved a Presidential Dilemma Ben Kennedy

WASHINGTON --Sitting across from the White House, St. John's Episcopal Church has served each commander in chief since James Madison, the nation's 4th president.

The church was built in 1816, but its proximity proved to be a dilemma for church leaders.

"They said what are we going to do to accommodate the President of the United States if he wants to attend a service," explained Richard F. Grimmett of National Trust for Historic Preservation.

The solution was pew 54, which for 200 years has become known as the "President's Pew".

"People would come early to try and sit close by to shake the hand of the President when they passed the peace during the service and that got to be funny," Grimmett said.  "The Reverend tells a story of how the church would slightly tilt to the left because everyone was sitting on the left hand side when they thought the President was going to attend a service."

When the President is not in town, turns out anyone can sit in this pew, but odds are when the Commander in Chief shows up, Secret Service might kick you out.

"I can tell you this pew is never vacant, even at the earliest of the services," he added.

To top that, an 18th-century prayer book put in the pew when the commander in chief attends service now shares the nation's history with presidential signatures from years past.

Not every president took advantage of their reserved space and one man was the nation's 16th president, Abraham Lincoln.

"He would sit in the very last pew, on the back door," Grimmett shared.

"He would come in quietly, sit in the back pew by himself, pray and do what he had to deal with the burdens of the Civil War and just before the service would end, quietly walk out the back door," he added.

The doors remain open at St. John's, as a parish, and a piece of history in the heart of Washington D.C.