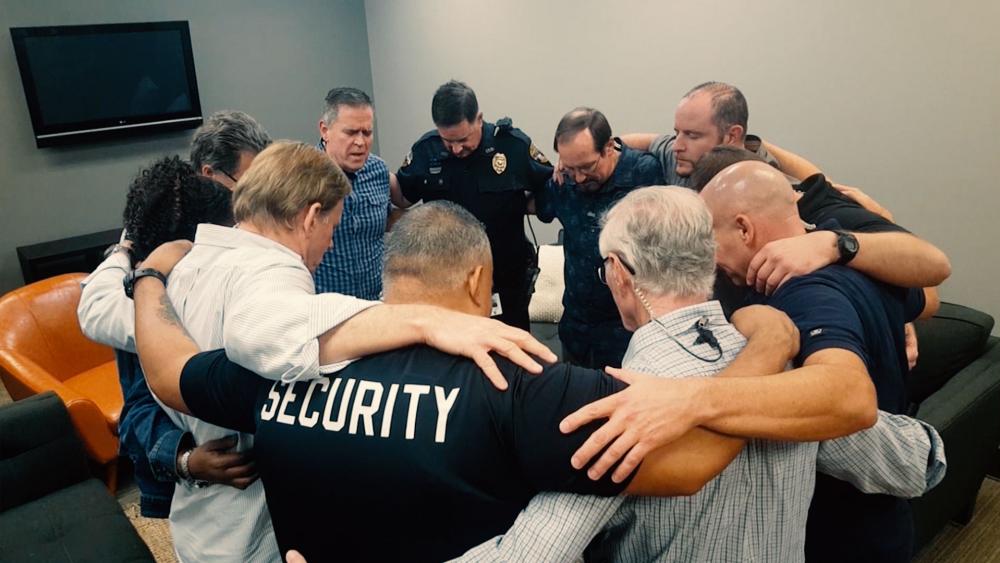 WEST PALM BEACH, Fla. – In the wake of violent attacks like the one in Charleston, South Carolina, in June 2016, many churches have seen the need for a dedicated security program.

Since 2011, the number of violent incidents occurring at churches in the United States has doubled to more than four each week. The attacks stem from a variety of causes according to church security expert Tim Miller.

"We see domestic situations developing, we see a lot of folks who are mentally ill at the time and needing care. We also see potentially violent people, we see people who are angry at life at the church," Miller said.

In fact, the majority of incidents are not high-profile mass killings like the 2016 Charleston shootings. Most have to do with personal conflicts or even robberies. But church security teams must be prepared to deal with any situation that arises.

"Unless they are actively violent, our first priority is assessing them and getting them the help that they need," Miller said.

Dealing with Emergencies of All Kinds

Tim says church security teams should broaden their focus to include much more than just an active shooter scenario.

"We tend to think of emergencies as violence. But the reality is that it's much more likely at your church that you're going to have a weather emergency or you are going to have a fire emergency, and so when I'm talking to churches the first thing I encourage them to do is develop a simple, clear plan," he says.

A comprehensive plan will get incrementally more difficult as your church grows.

Multi-campus churches are becoming more and more common around the United States.  Christ Fellowship Church in West Palm Beach, Florida, has eight campuses and ministers to almost 30,000 people every weekend. But for the security team at Christ Fellowship that presents some unique challenges.

Training Makes All the Difference

For churches like this one, making full use of available technology helps keep tabs on what's happening around all of its campuses, and that's especially important throughout the week, since six in 10 violent church incidents happen outside of scheduled service times. But communications and cameras are mostly reactive tools, so Tim says regular security training makes all the difference.

"It's really important that it's not just a bunch of great guys running around.  But they know what to look for, they know how to respond to crisis, they are training on a regular basis…the comparison would be, you know, having a worship team that never rehearses…it probably wouldn't go too well," Miller said.

"So if people understand and prepare prior to a crisis, science shows that their survival rate in an actual crisis goes up 90 percent," he added.

But implementing a plan like that requires buy-in from the pastoral staff. Todd Mullins is the senior pastor for Christ Fellowship Church.

"I used to think that a strong security ministry in a church would work against that warm loving environment that all pastors want to create," Pastor Mullins said.

"But the truth is that we are shepherds and part of our job is to protect the sheep that God has put under our care. And in the day and age that we live in, not just in our nation but in our world, we have to be vigilant and aware that there is an evil one that would love to rob kill and destroy as Jesus said in John 10:10," he added.

Far from being a group of security guards standing watch during the services, the security team at Christ Fellowship has become fully integrated into its ministry.

"I believe in the culture that we're living in today that a security presence actually brings a sense of peace and calm to families that are attending church. They know that we as a church are taking it seriously we're taking the protection of their families and their children seriously, and that puts them at ease so they are able to worship without worry," Mullins said.

"One of the great privileges that a church security team has is the ability to direct people and find hope. That's the purpose of what we do.  At the same time we have to be prepared, trained and equipped to handle any type of emergency that may come. It's got to be spiritually focused, but it's got to be highly competent as well," he says.

"Setting up a strong security presence in your church is not saying you don't depend on God, it's not saying you aren't trusting God. We know that God can do more in seconds than men can do in centuries.  So our security team is a spiritual team. We pray, we believe God to put up his warring angels around our church family.  We pray that evil men would be kept away, so we are praying as if it all depends on God but we need to work as if it all depends on us and we've got to do our part to protect the people that God is entrusting to our care," he adds.

But even if your church doesn't have a big budget, security is something nobody can afford to ignore.

"I would say a church at any level can begin with just one person that's got a heart for this that can begin to step up and look at the security needs of a church and begin to create a safer environment for that church family," Mullins said.