The Miracle One Couple Received After 953 Days in Prayer 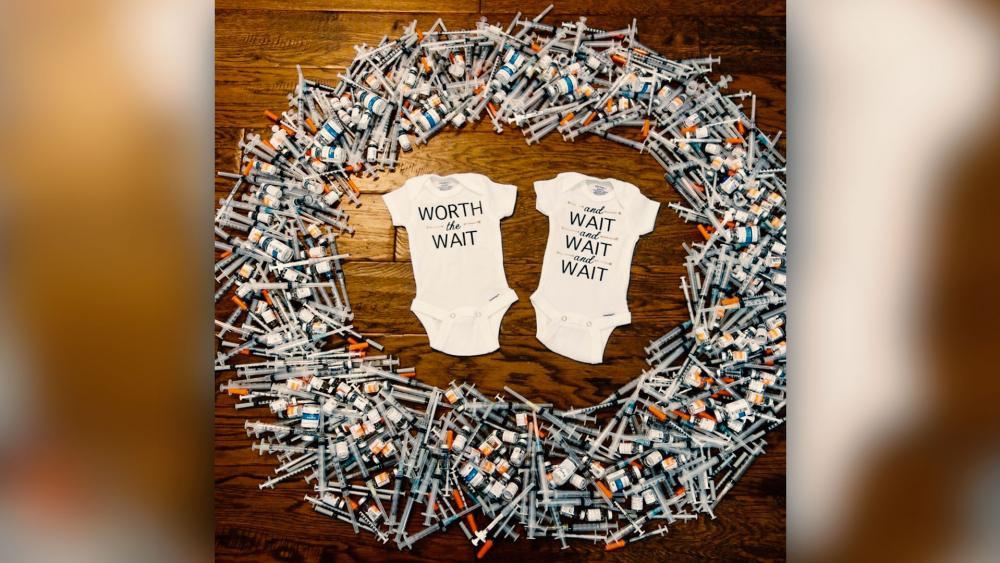 One Texas couple is sharing just how "amazing" God is after spending more than two years praying and believing for a baby.

Lauren, 28, and Garyt Walker, 29, are expecting twins in August and the pair shared their journey with touching photo on Facebook.

Lauren noted that halfway through her post she became very emotional.

"Not because I was sad about what it took to get here, but because it was a representation of my world, our world, for the past over two and a half years staring back at me," she wrote. "There was a lot of pain, hope and fear behind each of these needles. Each one represented a different day, a different path, a different emotion. It's a lot to take in."

The high school sweethearts learned about their infertility issues shortly after trying to start a family in 2014. "We found out pretty early that we had a lot of complications and issues working against us," Lauren told NBC Today. "I remember thinking, 'No way. I'm young and healthy and I have no medical issues.' So to hear that was like a huge bomb dropped into my life."

The couple decided to move forward with IVF treatments at the Houston Fertility Institute and they expected it to work, but in 2014 Jessica miscarried twice.

"It devastated me because we came so far only to miscarry," Lauren said.

They couple had spent nearly $30,000 in fertility treatments. They were discouraged, broken, and afraid to try again.

"We have heard stories of how going through infertility can really cause wear and tear in a marriage," Lauren said.

She said her faith in God and the strength in the marriage gave them the courage to try again for a baby.

Last Christmas, she was finally able to announce to friends and family they were expecting twins. Duke and Diana Walker are expected to arrive this summer. She told ABC News their entire journey turned out to be a blessing.

"Life happens the way that it's supposed to happen," she said. "Had this all happened the way I wanted to back in 2014, we would have different children and we would have a different life, and I know that these babies right now are meant to be here."

Lauren said she hopes her story will encourage anyone who is struggling right now.

"They say God only gives you as much as you can handle. Well, He must think very highly of us," she wrote. "As painful as these few years have been, I'm honored that he chose this path for me. He has shown me the power of faith, the comfort of prayer, and a strength I would have never found on my own."