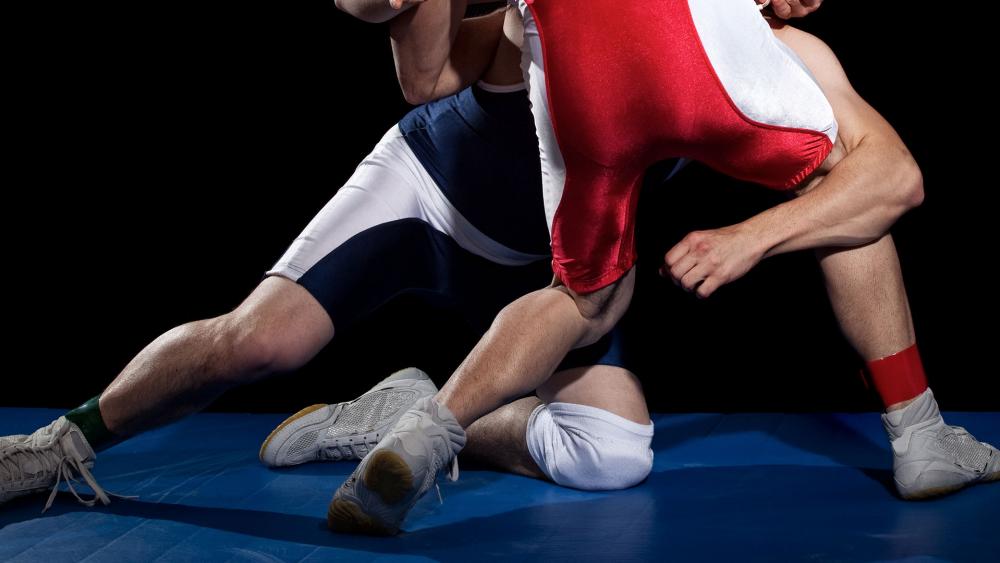 In a victory that some are calling disturbing, 17-year-old Mack Beggs, a transgender boy, won the Texas state girls' wrestling title Saturday night.

A mixture of cheers and boos rang in the arena as the referee declared the undefeated Beggs the victor over Chelsea Sanchez in the 110-pound weight class.

Beggs, a junior at Euless Trinity, is taking testosterone injections and throughout Beggs' season, people have questioned whether or not it gives the transgender student an unfair advantage over the other girls, The Washington Post reported.

"She's standing there holding her head high like she's the winner," said Patti Overstreet, a mother of a wrestler in the boys' division. "She's not winning. She's cheating."

Overstreet is like other parents who were upset Friday night in the moments after Beggs's opening-round victory.

However, the University Interscholastic League (UIL), which oversees the athletic program within Texas public schools, has allowed Beggs to compete.

"It's not equal," Overstreet said. "It's never going to be equal."

Beggs' family said their child wanted to compete with the boys, but in August 2016 the league enacted a policy that stipulates students compete as the gender listed on their birth certificate.

UIL Deputy Director Jamey Harrison, who refused to address Beggs directly, told The Associated Press that the tournament was fair, despite concerns about the wrestler.

"Nothing that has happened at this year's wrestling championships has the UIL reconsidering its rules because quite frankly, we don't believe that any issues being reported on are really a product of UIL rules," he said.

A longtime Texas high school wrestling coach told The Washington Post the school district has prohibited employees from publicly discussing Beggs' situation. The coach said that is not keeping students from asking questions.

One female student refused to compete against Beggs. She is the daughter of attorney James Baudhuin, who filed an injunction to keep Beggs off the mat before the district and regional meets.

Badhauin was not granted the injunction but said he was conflicted about filing it in the first place because his daughter was among Beggs' friends.

"The 16 girls who are in (Beggs') bracket have been put in a very, very unfair situation because of the grown-ups," Baudhuin told The Washington Post.

He is now suing the UIL over Beggs' participation in the girls' division.

"To me, this is a complete abject failure of leadership and accountability from the people who regulate sports in Texas. They're doing wrong by Mack, and not just these 15 girls but all the other girls she wrestled all year," he said.

Beggs' participation in the girls' sport comes at a crucial time as the battle to maintain traditional gender norms rages.

Earlier this week, President Donald Trump announced that his administration will be reversing former President Barack Obama's controversial bathroom bill executive order -- the bill that forced schools to let students use bathrooms of their choice instead of according to their biological sex.

The White House reported that the administration is working on a new policy to replace the executive order.