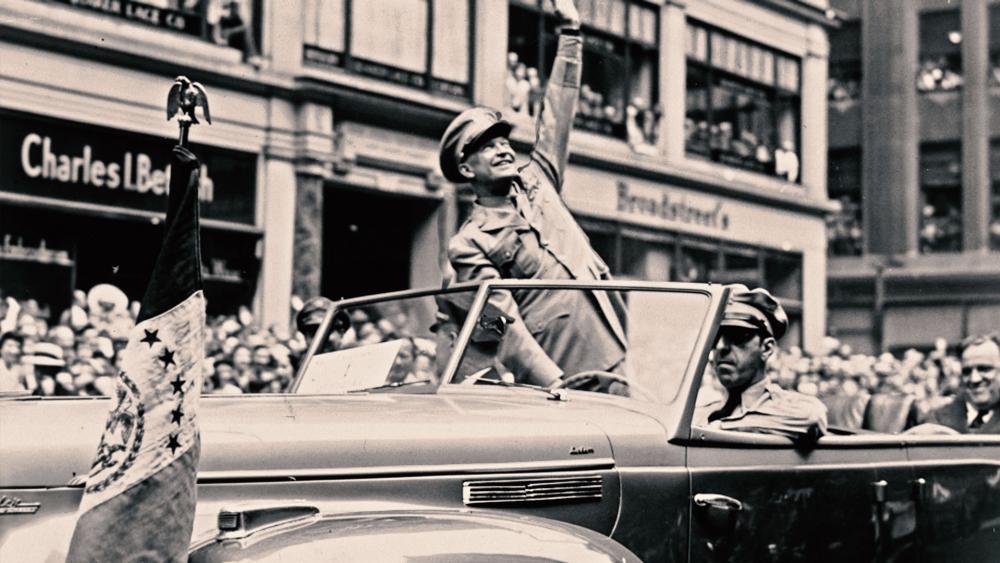 WASHINGTON -- When President Donald Trump was sworn into office on January 20, 2017, many comparisons were made between him and those who occupied the White House before him, including Dwight D. Eisenhower, who, like Trump, came into office with no prior political experience.

President Eisenhower's popularity has grown as history examines the mark he left on the nation and the world.

Fifty-five-years ago, a seasoned statesman, a successful military man and respected commander-in-chief prepared to hand the reins to a smooth-talking successor.

Eight years earlier, Dwight David Eisenhower had taken the oath of office for the first time and, like our current president, had no political experience. After two successful terms, he wanted to prepare John F. Kennedy as much as possible for the profound duty before him. The days leading up to that transition of power inspired Baier's new book

In an interview, Baier explained the significance of these three days in January.

"These three days are the final days of Eisenhower's presidency. He has been building up his whole career to this moment to give this final message not only to his successor, President Kennedy, but also a roadmap to America and he spends two years working on this final address, 21 drafts," Baier said.

As the general who led the Allies to victory during the second world war, Ike felt his parting words were paramount.

"He's a man of war as a general who wanted peace more than anything else," Baier went on. "A strong but private Christian, Eisenhower was baptized shortly after his first inauguration at National Presbyterian Church in Washington. He wanted it kept quiet, so much so that when his pastor prepared a handout to the press, Ike threatened to change churches."

Despite his private nature, faith was evident in his leadership. In his research, Baier found that Eisenhower inserted prayer into many of his speeches, including his inauguration speech, which began, "Almighty God, as we stand here at this moment, my future associates in the Executive Branch of government join me and beseech You that Thou will make full and complete our dedication to the service of the people in this throng."

"To begin an inauguration speech and have everyone bow their heads is pretty unique and that shows you how much he valued that," Baier told CBN News.

"He is the president who put 'under God' in the Pledge of Allegiance," he continued. "He made 'In God We Trust" our national motto and had it printed on our currency. The first national prayer breakfast happens under President Eisenhower."

As president, Eisenhower instituted an environment of debate, along with checks and balances, that informed his decision making. It was a system Kennedy viewed as unnecessary bureaucracy, so early on, Kennedy relied on just a few advisors and himself.

Then, several months into his presidency came Cuba and the failed Bay of Pigs situation. His first call went to Eisenhower - who flew to Camp David to offer advice.

It's the setting of the iconic photo on the cover of Baier's book.

"Both the Kennedy Library and the Eisenhower Library quote them as saying--Kennedy to Eisenhower--'You know, you really don't know how tough this job is until you're in it.' And Eisenhower turns to Kennedy and says, 'With all due respect, Mr. President, I think I told you this three months ago,'" Baier said.

The era of Eisenhower brought peace and stability to America.

Baier spent more than three years researching his book and hopes readers will use it as a guide.

"The dedication to the book is to my sons, Paul and Daniel, and to their generation," Baier said. "Please allow history to inform your decisions in the future."