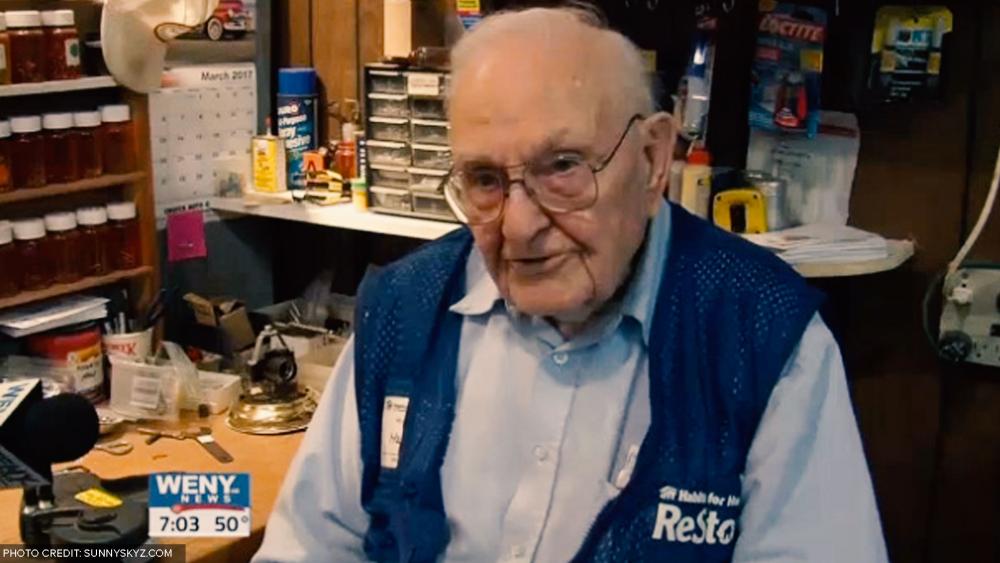 Harold Hager doesn't let his age slow him down from doing good. He says being 100 years old is no reason to sit back and quit serving others.
Every week, the centenarian from Steuben County, New York works as a volunteer at Habitat for Humanity, according to WENY News.
"Harold has been with us for a few years now and he's the volunteer who does the most number of hours here," said Matthew Harmer, Habitat for Humanity's
Marketing and Outreach coordinator. "He works the equivalent of about a twenty-hour work week."
In fact, for two years straight, Harold has worked more volunteer hours than anyone else in the organization.
And this isn't the first-time Hager has given to a cause greater than himself.
During World War II, he served in the U.S. Navy.
He also delivered food amidst flooding that Hurrican Agnes caused in Steuben County in 1972.
And he was a dedicated husband, too.
He was married to his wife Anna for "71 years and one month almost to the hour" as he recounts.

His son, John, told WENY: "When my mother had to actually go to the home in 2007, every day during visiting hours, during the week and through the weekends, seven days a week, he went at eleven o'clock in the morning and stayed with my mother until eight o'clock at night."

For Hager, a man committed to doing good, age, it seems, is just a number.