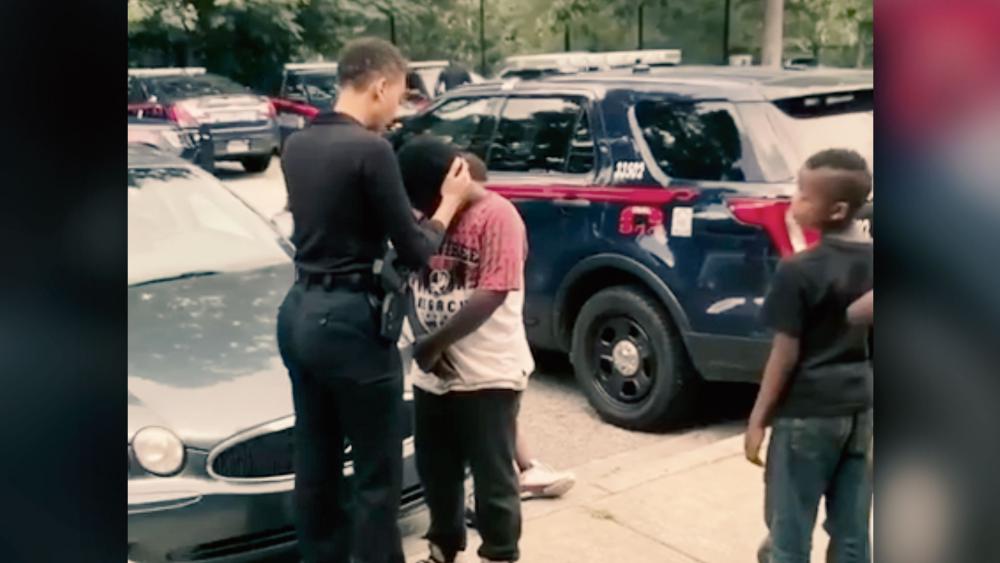 An Atlanta police officer has become the symbol of peace in one local community.

A video shows Officer Danielle Ognelodh praying over a child in the Bankhead section of the city.

In the video Ognelodh can be seen laying hands on an unidentified boy, who was standing quietly as she said a prayer over him while other children watched on.

According to WSB-TV, Ognelodh said she was on duty when the boy came up to her and asked for prayer.

Someone captured the moment on their cellphone and the video is making its rounds on the Internet.

"We went outside and one of the kids asked for prayer.  I sat there with the kids and we all prayed.  They told me some things in their life that they were going through and that's how the video happened," Ognelodh said.

While it is unclear what the officer prayed, the voices of the boys friends can be heard in the background saying, "come get prayed over bro."

Officer Ognelodh says she hopes her presence makes a difference in the community and bridges the gap between police and the residents who live there.