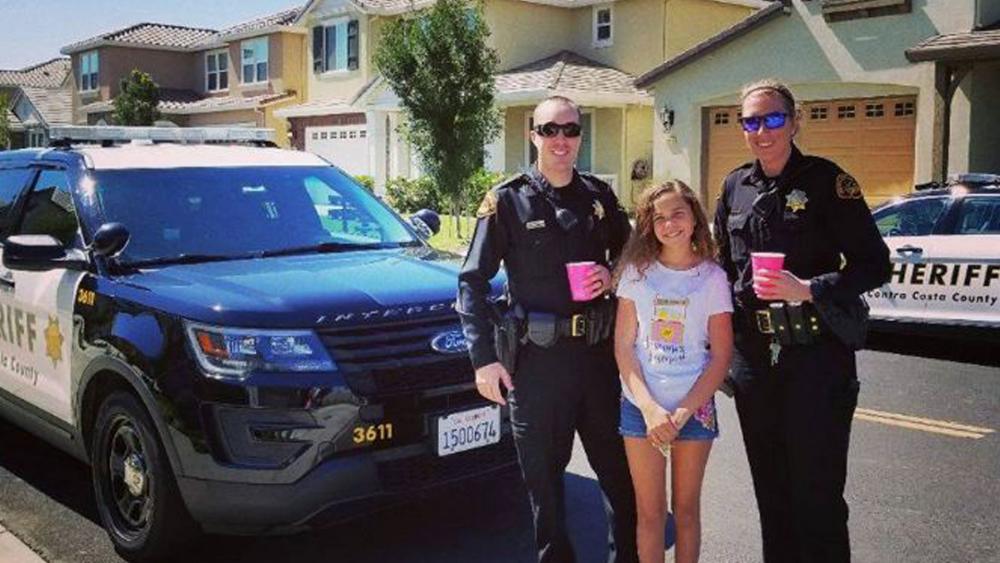 It’s always exciting as a parent when your child demonstrates the desire and drive to work hard and earn something.

Running a lemonade stand is one of the simplest, best ways for youngsters to dip their toes into the working world.

Like many, my kids have created stands on several occasions, and it’s inspiring to watch them learn and grow through the experience. No book can teach your kid the value of a dollar. Working outside in the hot sun all day long most certainly can.

So, one California dad was pleased when his daughter decided she’d try to take advantage of the summer sunshine and earn a few bucks. Richard LaRoche says his daughter got set up and was barely underway, when a man showed up. According to LaRoche:

“The man just pulled up next to her and asked for her business license and then told her ‘I’m calling the police’ and then got on the phone and began speaking as if he was talking to police. She was so scared that she came home crying and sobbing and said she didn’t want to go to jail.”

LaRoche was understandably not pleased and took to Facebook:

Whoever the man (I wouldn’t call you that if I didn’t have to) was that threatened to call the police on my daughter for her lemonade stand, you are seriously pathetic. We allowed her only one hour to go there. Seriously, she was there for 10 minutes and you threatened her. She is trying to do something constructive with her time and you hassled her for no good reason. Sorry if her ambition threatened you. There is a right way and a wrong way to do things. I understand you are upholding the ‘law’ but really dude? You’re the reason why kids lack ambition nowadays, fear caused by schmucks like you, you are a sad individual. She said you picked up your phone and said you were calling the police. We all know you did that to intimidate her, just sad and pathetic.

After posting, LaRoche said he and his daughter received nothing but support. So, they set off to do another stand a day later. There was a fantastic turnout, including the local police the unidentified man threatened to be calling.

It was a major success. She even ran out of cookies and had “just enough lemonade” to quench everyone’s thirst.