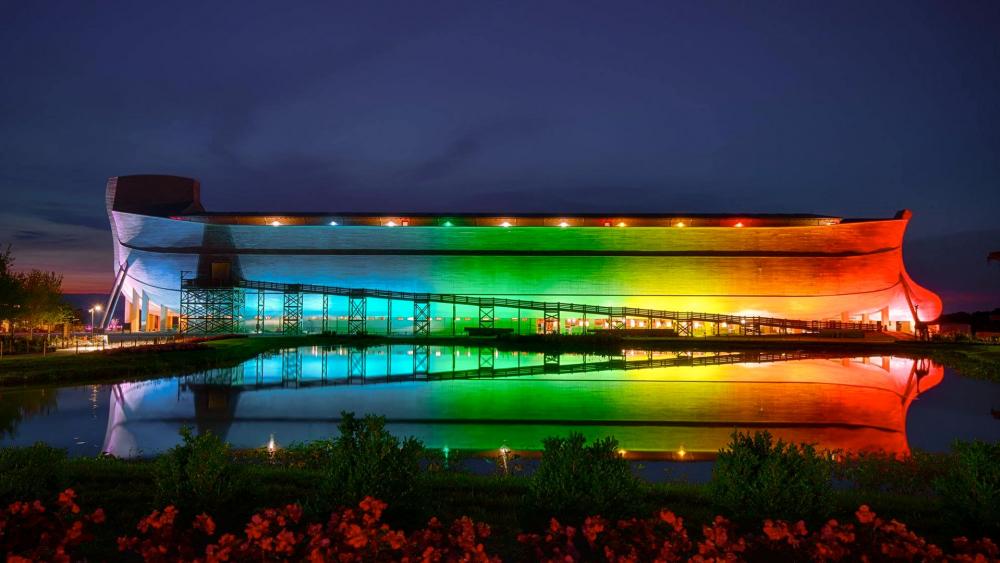 Ken Ham, the founder of The Ark Encounter, told social media fans this week that the park set up the rainbow lights "to remind the world that God owns it and He decreed it's a sign of His covenant with man after the Flood."

"Christians need to take back the rainbow as we do at the Ark Encounter," said Ham.

Although Christians have been dismayed for years to see the sacred biblical symbol become the icon of the gay movement, Ham is apparently the first public figure to make a stand and remind the public of the rainbow's origin.

Genesis chapter nine explains how God created the rainbow after the Flood and told Noah that it was a sign of His covenant that He would never again send a flood that would destroy all life on earth.

The Ark Encounter theme park opened to the public one year ago.

Its 510-foot-long ark stands about 80 feet high. It's a sister attraction to the Creation Museum in Petersburg, Kentucky.