NFL's Philip Rivers Credits the Success of His Marriage to Jesus 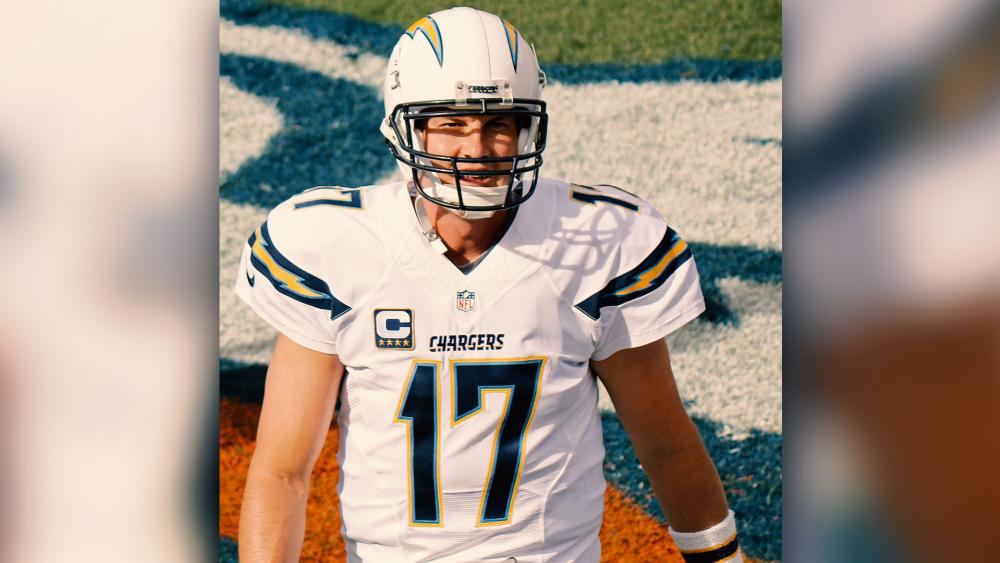 Los Angeles (formally San Diego) Chargers quarterback Philip Rivers is known for many things. Since taking over the reins as starting quarterback in 2006, Rivers has never missed a start, thrown at least 20 touchdowns a season, and passed for more than 4,000 yards in eight of the last nine. He is well on his way to being the greatest QB in Chargers history, and while his records and accolades are readily bandied about, less discussed is his unwavering commitment to his family and his strong connection to his faith. In a recent sit-down with Rock Church’s Pastor Miles McPherson (a former San Diego Charger himself), Rivers opened up about his Catholic upbringing and how his relationship with Christ informs every decision that he makes.

Born and raised Catholic in a small town in northern Alabama, Rivers described Jesus as the “center of my life” since a very young age. He was an altar boy at church and attended mass every Sunday with his parents and two younger siblings, but it wasn’t until he went away to college at North Carolina State that his faith “really became my own.”

“My faith has always been very important to me,” Rivers told McPherson. “When I went to college is really when it became my own. I had to get up out of that dorm room and go to church, go to mass on Sunday. That’s when I took ownership of my faith.”

Rivers married his middle school sweetheart at the age of 19. Some 16 years later, the two have eight children—six girls and two boys—together. He shared that “remaining pure” and “being chaste” prior to getting married “very important” to them, and since he “didn’t have a penny to my name” when they got married, Rivers said the foundation of their relationship was and is Jesus.

“I think that the center of our marriage and the foundation of our relationship was on Jesus,” he said. “That is why it’s worked to this point.”

Toward the end of the discussion, Rivers shared one of his favorite Bible versus, 2 Corinthians 1:3-7, which became particularly important to his family in the wake of his son Gunner’s type one diabetes diagnosis.

“Praise be to the God and Father of our Lord Jesus Christ, the Father of compassion and the God of all comfort, who comforts us in all our troubles, so that we can comfort those in any trouble with the comfort we ourselves receive from God. For just as we share abundantly in the sufferings of Christ, so also our comfort abounds through Christ. If we are distressed, it is for your comfort and salvation; if we are comforted, it is for your comfort, which produces in you patient endurance of the same sufferings we suffer. And our hope for you is firm, because we know that just as you share in our sufferings, so also you share in our comfort.”

While the QB admitted that he is sad to leave San Diego after calling the city home for 13 years, he believes the team’s move to Los Angeles is all part of God’s plan, and his main mission in life to help others grow in their faith.

“I hope that God has used me to touch one of you in your faith journey with Jesus,” he concluded.