Defiant Missouri Mayor Refuses to Take Down Giant, 60-Foot Cross That’s Been Up Since 1930 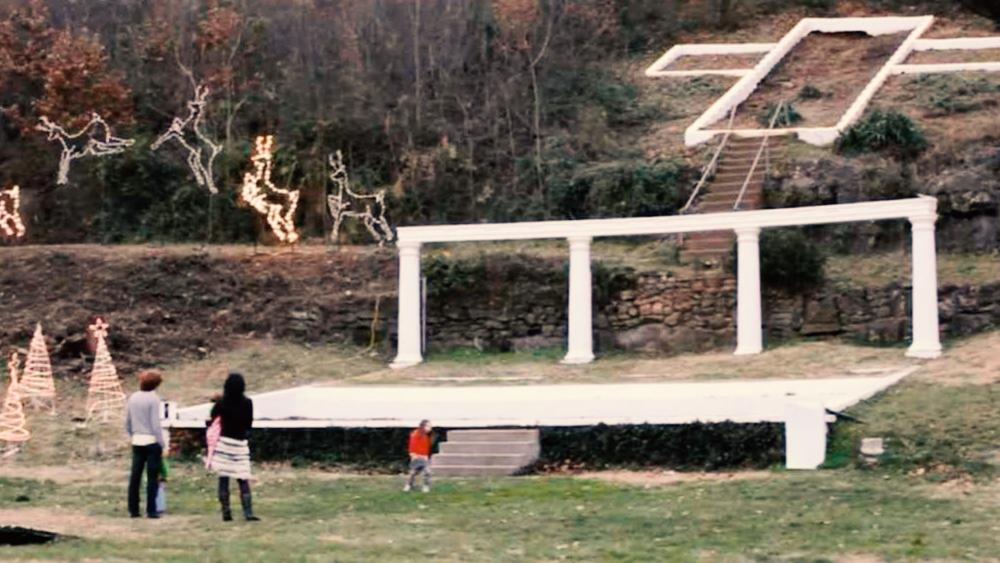 A Missouri city is refusing atheist activists demands that officials take down a large, lighted cross that has been on display inside one of its local parks since 1930.

The cross, which is 60-feet long, was once used for the city of Neosho’s now-defunct Easter morning services. Eventually, officials decided to leave it up, but in May — decades after its installation — someone complained about its presence, according to conservative commentator Todd Starnes.

Then, the Freedom From Religion Foundation, an atheist activist group, stepped in and sent a May 11 letter, demanding that the cross be removed, saying it is “unconstitutional” due to its placement on public land. But despite receiving that letter, officials apparently have no plans to bow to atheists’ demands.

Neosho Mayor Ben Baker, in fact, told Starnes that he believes the cross, which is located in the city’s Big Spring Park, is “a historical part of [the] town and our heritage,” rebuffing claims that it is an offensive endorsement of the Christian worldview.

“The cross is not going to go anywhere. We are taking a stand,” Baker defiantly told Starnes. “It’s the best thing to do and it’s the right thing to do.”

And if there’s any doubt that other local officials agree with him, consider that the city council voted unanimously last month to keep the cross right where it is, with Baker saying the council’s act is an effort not to compromise “the long-standing history of our city.”

That’s a stance the city also took in an official statement released by officials on May 26 — a press release that defended the cross and proclaimed that the Freedom From Religion Foundation was “deficient in identifying authoritative case law within the 8th Circuit and is further of the opinion that, in fact, controlling case law would support the continued presence of the cross within the park.”

“I haven’t had a single person from our community that has formally filed a complaint about the cross,” Baker told Starnes.

The Joplin Globe reported last month, though, that a “concerned resident” had reached out to the Freedom From Religion Foundation to complain about the cross. The atheist group argued that the cross “unabashedly creates the perception of government endorsement of Christianity.”

It’s unclear how the Freedom From Religion Foundation will react next, though the group posted an “action alert” on June 6, asking its members to reach out to the Neosho government to voice their feelings on the cross.