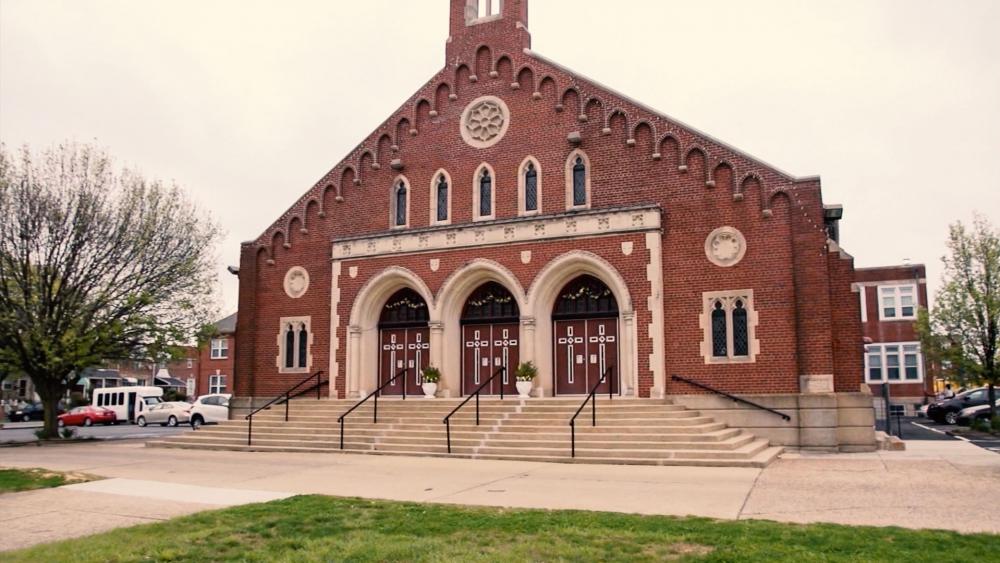 PHILADELPHIA – The Catholic Church is known for its sacred traditions. Those traditions, however, can make the Church seem resistant to change.

One Philadelphia parish challenged that perception when it moved to transform along with the neighborhood it serves.

In the 1960s, the Mount Airy neighborhood was half Jewish, half Irish or Italian Catholic. Over the course of eight years that changed entirely and now it's completely African American. The synagogues left, but churches like St. Raymond of Penafort Catholic Church stuck around and welcomed their new neighbors.

"I think one of the things that we seek to do, and as the pastor that I seek to do, is to let folks who do not have a church home, know that we're a viable option," said Father Chris Walsh, the priest at St. Raymond.

That may seem like typical neighborhood outreach, but culturally and historically, the Catholic Church doesn't offer much to African-Americans. Father Walsh wanted to change that.

"I like to tell people that St. Raymond is both authentically Catholic, but then also an authentically black church experience. So it takes the best of both worlds, the history, the liturgy, the teachings of the Catholic Church and gives it very much a black church feel as far as music, as far as preaching style, as far as worship experience," Walsh said.

Walsh found it wasn't theology that needed to change, it was a congregation needing to convince neighbors that St. Raymond met their needs.

Author Chris Lowney uses Father Walsh and St. Raymond as a prime example of how the Catholic Church needs to change.

In his book, Everyone Leads: How to Revitalize the Catholic Church, Lowney writes that to thrive in today's world we don't have to drink some 21st-century cocktail.

"What we have to learn to do is just to drink more deeply from our own first-century well," Lowney told CBN News.

He writes that the church is facing its worst crisis in 500 years.

"This is a slow-motion crisis for the Catholic Church and of course other churches are suffering from these phenomena. So in a way, I use that phrase and some of those statistics early in the book as kind of a call of action," Lowney explained.

Lowney offers what he calls an "EASTeR Strategy." That stands for Entrepreneurial, Accountable, Serve, Transform and Reach.

Looking at St. Raymond as a model: It first established leadership teams to help manage operations, ministries, and projects--much as a business would do.

Then they gathered information about what people wanted from their walk with Christ and how the Church met those needs. After analyzing that data, they made any needed changes.

St. Raymond serves the neighborhood with a Catholic school, which provides families a safe place for their children to learn. Philadelphia's public schools are some of the most violent and lowest performing in the country.

Now, thanks to the cultural transformation, complete with music and decorations, people travel from other parishes to help pack the pews each Sunday.

Pastor Walsh believes that when it comes to reaching Millennials, encouraging their involvement differs from past generations.

"As a church, we have to realize that it's not going to be on our terms. They're not going to commit to teaching Sunday school every Sunday morning at 11 a.m., however, they might come once a month and they might be really phenomenal and really offer something. They might not come to Wednesday Bible studies, but they might be really open to leading a faith-sharing group in their apartment with four friends," Walsh explained.

From the Top Down: Pope Francis Encourages Innovation

Lowney points out that even the Pope is encouraging an attitude of innovation within the Catholic church.

Pope Francis recently appeared on screen as one of the speakers at the annual TED conference. As he talked to tech company founders, artists, and cultural leaders, he surprised his audience by using modern tools of the digital age to reach them.

"How wonderful would it be if the growth of scientific and technological innovation would come along with more equality and social inclusion, how wonderful would it be, while we discover faraway planets, to rediscover the needs of the brothers and sisters orbiting around us," the Pope said to the TED audience.

Lowney feels this strategy is universal and can revitalize any church, no matter the belief set or denomination.

For it to work, however, he stresses it can't just be from the top down, even if it's the Pope who calls for change. It requires everyone to lead.