Trump: While I'm President, No One's Going to Stop You from Practicing Your Faith 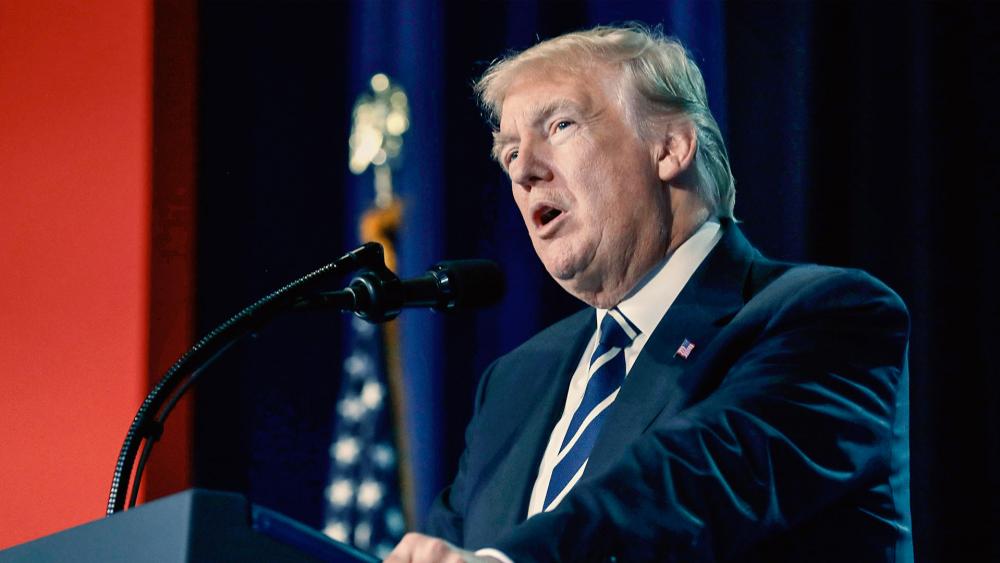 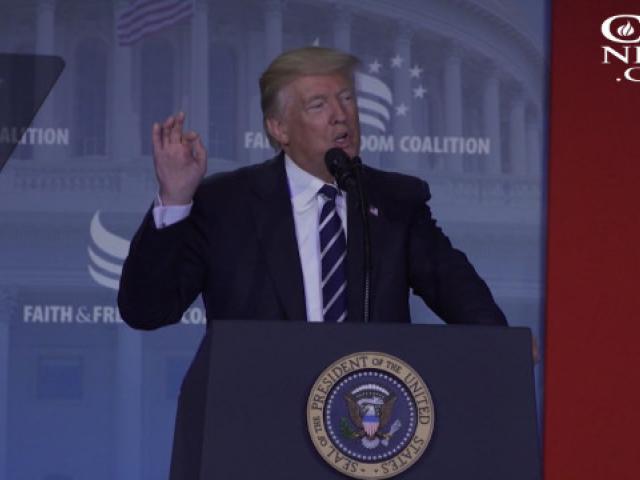 Trump: While I'm President, No One's Going to Stop You from Practicing Your Faith

WASHINGTON -- While the mainstream media turned its gaze toward the James Comey hearing, President Donald Trump turned his attention to evangelical voters.

"As long as I'm president No one is going to stop you from practicing your faith," Trump pledged.

President Donald Trump spoke at 12:30 Thursday. CBN News streamed the entire speech LIVE on CBN's Facebook page. You can see his speech below, along with analysis from John Jessup and David Brody.

"We will not back down for doing what is right. The Bible tells us that truth will prevail and God's glorious wisdom will shine through," he continued.

This is the first year a sitting president spoke at this conference and it's thanks to in part to the record turnout of faith-based voters, who helped propel Trump into office.

"We will always support our evangelical community and defend your right and to live by the teaching of their faith" Trump told the crowd.

The three-day event, geared towards people of faith, is designed to educate, motivate and mobilize Christians to share the message of the Gospel back home.

"It's good to hear that they all support faith and freedom, the Constitution and pro-life issues," said attendee Pat Quigly.

"I'm very heartened. I think it's really important. There is a silent majority out there and people start finding a channel for their voice," said Kelly Yaegermann, who made the trip from Florida.