Why Your Wedding Day Matters 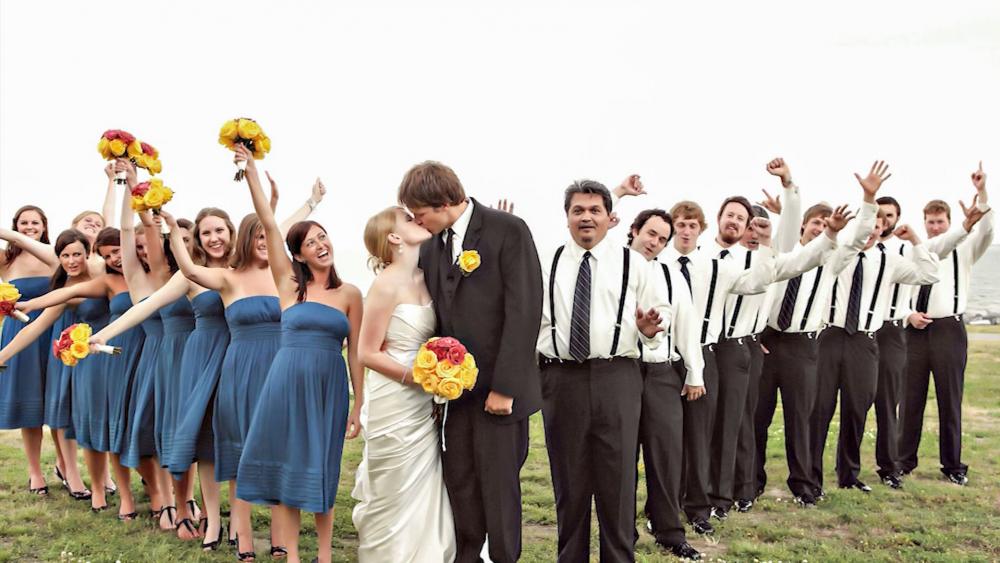 For many brides, wedding planning starts with Pinterest and other forms of social media in which hundreds of thousands of images and ideas about the big day are available. It's here where expectations can build and take on a life of their own.

"It's definitely a lot of pressure," said Corrie Bateman. Bateman married last year and says that while she got a lot of great ideas from social media, it can also foster a kind of competitiveness. "It does seem like people kind of rate each other's wedding," she said, "especially because I think weddings are just a much bigger deal than they ever used to be. It's not as much 'oh, two people are getting married.' It's 'what kind of party are you going to throw?'"

And Bateman is not alone in her feelings. Research from WeddingWire, an online wedding website reported in USA Today, shows that 63% of couples feel pressure to have the "perfect wedding" (about the same as 10 years ago) and nearly 40 percent feel pressure from the media to have that perfect day.

That may help to explain why wedding spending is on the rise. WeddingWire reports that 10 years ago, couples spent $16,000 on a wedding with an average of 110 guests. Today, they're spending an average of $28,000 with 124 guests.

It also may help to explain why they delay their wedding. The average engagement period is 13 months right now compared to eight months 10 years ago.

Pastor Benjamain Vrbicek serves as teacher pastor at Community Evangelical Free Church in Harrisburg, Pennsylvania. He regularly counsels with engaged couples and sees the pressures they face. "I am seeing engagements being greatly prolonged," he said, "I'm seeing people search for the perfect venue, for the perfect time of year, for the perfect colors."

Vrbicek and Pastor John Piper, founder of the Desiring God website, have written about this growing interest in spending  beyond a family's means  to create an above-and-beyond day. Their goal: help Christian couples re-focus on the eternal purpose and meaning of their wedding day and marriage.

Examining the Thinking Behind the High-Cost Wedding

"Culturally I think right now we're at a place where our identity is not so much looking upward to God and who He says we are in the Gospel—the good news that we're His sons and daughters in Christ—but rather who we posture ourselves as in social media," said Vrbicek.

In keeping with that thinking, Vrbicek wants to encourage couples to examine how and why they spend the money they do on their wedding day. "I'm not so much concerned about how much a couple spends on their wedding," he says, "that's a function of how they were brought up, how much money they have. I'm more concerned with what did they do to get to that number? What did they sacrifice? Why did they feel like they had to get to that x number of dollars?"

Research shows that the frugal wedding may be the best plan.

An economics survey cited by CNN shows that the  divorce rate rises more for couples whose wedding costs more than $20,000 than for couples who spend between $5,000 and $10,000 on their wedding.

Also, National Marriage Project researchers Galena Rhoades and Scott Stanley have learned that couples who have a formal wedding ceremony as opposed to saying "I do" at city hall tend to report higher marital satisfaction.

And Rhoades and Stanley say research shows that a larger wedding of 150 or more people tends to increase the chances for a happy marriage. University of Virginia sociologist Brad Wilcox call it the "Big Fat Greek Wedding factor."

"Having your wedding in a relatively cheap venue, maybe a church hall for instance or something else but with a lot of your friends and family members there seems to be the formula when it comes to the ceremony itself, to great marital quality," he told CBN News.

Nicki Kristol and her fiancé followed this "formula" without knowing it existed.

"I am one of five," Kristol explained, "my mom is one of six. Most of my family lives close by so I grew up with a lot of people around. I couldn't imagine having something small."

But Kristol also knew that money was tight. "My parents helped a lot, where they could, but I also didn't want to be in debt after I got married," she said. So the couple cut corners. They picked an inexpensive venue, hired a photographer for just half a day and bought wholesale flowers.

That kind of thrifty thinking also inspired Casey Capra who says her mother taught her the value of stewardship. Together the bride and her mom made table centerpieces and other decorations for her summer wedding. "There was a lot of satisfaction in looking back at things you had created and done," said Capra, "knowing you hadn't even spent a lot of money on that."

Bateman and her fiancé also chose a larger wedding and used their network of family and friends to create a meaningful and low-budget day. Thanks to their volunteers, they didn't have to hire musicians, a deejay, florist or wedding planner.

"Even after the whole day I had people say to me 'we really loved how your wedding was just so family-oriented,'" said Bateman who said guests appreciated that so many people were involved in the wedding details and logistics.

That community support, says Wilcox, can help a couple not only on their wedding day but long-term as they weather the seasons of life.

Another key component for marital success, says Wilcox, is premarital education and counseling. "My own theory," he said, "is that it's particularly the guy who benefits from the opportunity to talk about finances, in-laws, plans for combining work and family and giving him a chance at articulating his perspectives, his concerns, dealing with his future intended in a way that's constructive and I think too many couples don't have those hard conversations prior to the wedding date."

As Pastor Vrbicek counsels with couples, he's committed to helping them not only talk through these tough issues, but helping them to focus on what really matters and disengage from what's trivial in the long-run.

"I think they're relieved to have someone telling them, even if it's just me gently nudging them to say 'hey you don't have to make it about these things. The value of your wedding is not on how much you spent on it or on how many people posted on Instagram during your reception,'" he said "the value is that you love each other, that God loves you and that it was a Christian wedding."