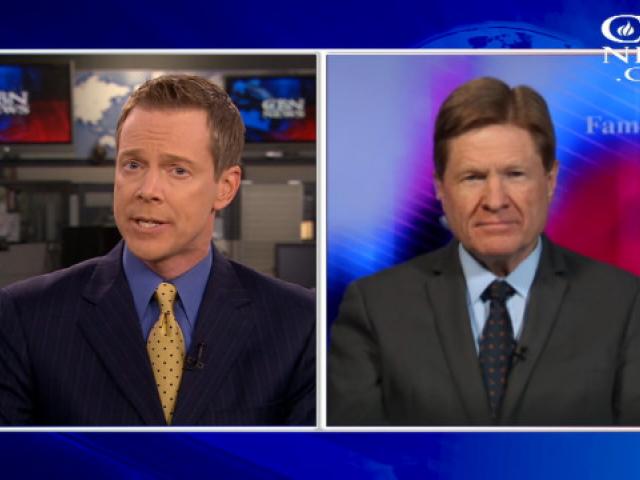 CBN News spoke with Peter Sprigg of the Family Research Council about the controversy surrounding Disney. Watch above.

The Walt Disney Company held its annual shareholders meeting Wednesday in the middle of controversy over a gay character and gay scene in its upcoming movie, "Beauty and the Beast," and a gay kiss in the children's cartoon TV show, "Star vs. the Forces of Evil." The company did not address the backlash, according to an activist investor in attendance.

"They did show a sneak peek of the 'Beauty and the Beast' movie, but the sneak peek did not include the scene that's been discussed so much in the media," Danhof said.

Bob Iger, chairman and CEO of The Walt Disney Company, did speak favorably of the movie, according to an audio webcast of the shareholders meeting.

"I can tell you this movie does not disappoint at all," Iger said. "It's beautiful; it's heartfelt, and it is fantastic."

Later in the meeting, Iger referenced the values of the overall company.

"Our values include equality, inclusion, fairness, and optimism, of course, and they're reflected across every aspect of our company, including our storytelling," he said.

"We also believe that nothing is more important than the happiness and well-being of children," he also said in the meeting.

Peter Sprigg, senior fellow for policy studies at the Family Research Council, wonders about the family-friendliness of Disney.

"I'm concerned that it's perhaps been changing for a number of years, but this is really the climax of this," Sprigg told CBN News, referring to "Beauty and the Beast." "We are seeing Disney inserting something into this film, which many parents are not going to want to have their children exposed to at all."

"Children are very much influenced by the messages that they hear and see in the media, and I think that's part of the reason we've seen some of the changes in the culture that we've seen in recent decades is because children are being indoctrinated from such an early age, both in their schools and in the media to accept these more liberal views of issues like sexuality," Sprigg said.

"So I think it's very troubling and disturbing, but especially coming from a company like Disney, which, historically, people have known for family-friendly programming and films," he added.

"The company, which bears almost no resemblance to the man who created it, has transformed from a beloved American icon to one of the most reliable voices for the radical Left," Perkins said in a statement.

"Now, two decades into its activism, the company is breaking new ground with an intentional nod to LGBT activists," he continued. "In its new 'Beauty and the Beast' remake, Disney decided to throw in some gratuitous political propaganda when the character LeFou dances away with another man."

The story about a gay theme was first revealed by "Beauty and the Beast" Director Bill Condon. He told a gay British magazine called Attitude that the movie features "a nice, exclusively gay moment in a Disney movie."

After backlash erupted, Condon tried to downplay the small gay subplot involving LeFou by saying, "I think (LeFou's sexuality) has been a little overstated."

Sprigg offers advice for parents, "I think parents need to be very aware of the content of any film that they take their child to and just because a film is rated 'G' or 'PG,' does not mean that necessarily there won't be things that are offensive in it."

"To look at a good film review from say, 'Plugged In' from Focus on the Family, or Movieguide, is a good idea before you take your child to see any film, even ones that appear like they're made for children or appear like they might be family-friendly," Sprigg continued.

CBN News reached out to The Walt Disney Company for comment on "Beauty and the Beast" and the episode of "Star vs. the Forces of Evil." A company spokesperson has not yet responded to our inquiry.