Child Brides Are a HUGE Issue Across the U.S. 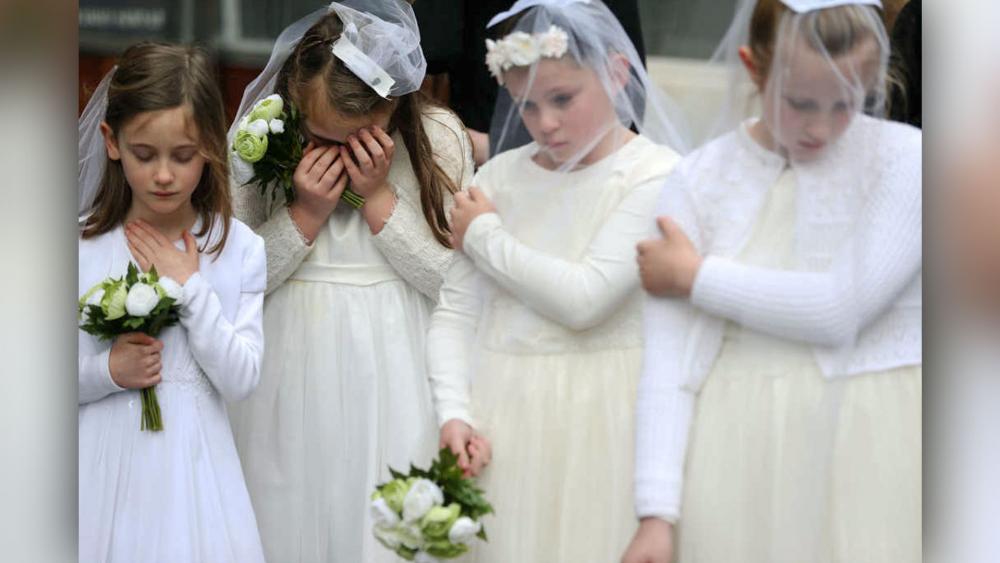 When most Americans hear about child marriage, the news is typically related to kids living in far away places like Thailand, India and Niger. But a series of new public reports released in February of this year reinvigorated an old call to action related to helping the girls and women who have fallen victim to child marriage in the United States. A place where many don’t even know the horrific act actually exists at “alarming” rates.

Sources estimate that roughly a quarter million children are forced to marry without their consent. And individual reports state that forced marriage has long been a problem in the United States due to government loopholes that allow parents to marry off their children at any age, according to Good magazine.

READ: ‘It Seems so Incredible’: Sick Husband Overjoyed That His Wife Is a Near Perfect Kidney Match

An investigation done and presented by the Tahirih Justice Center cited that both Virginia and New York have children in the thousands being married off.

In the state of Virginia, almost 5,000 kids aged 13 and up were married between 2004 and 2014. And in New York almost 4,000 children were married between 2000 and 2010. The non-profit Unchained At Last has been following forced marriages among children and have reported that kids as young as 12 years of age are getting married to partners significantly older.

The organization has also spent time trying to stop child marriage in America and profiling stories of women and girls who have survived and/or escaped it.

One story is Sofia Mahjebin. At the age of ten Mahjebin started skipping school on a regular basis so she could ride the New York City subway all day, just simply because she loved it. But when her parents found out that her passion for riding the train interfered with her schoolwork and that she was cutting class to do it, her father threatened to marry her off.

Most people might consider that to be an empty threat but for Mahjebin she knew that it was actually real. As a young Brooklyn, NY girl living like any other student, she saw female relatives around her age getting married off.

To get out and to get help, Mahjebin turned to Fraidy Reiss of the nonprofit “Unchained At Last.”

Reiss shared that “We’ve had clients from Jewish, Muslim and Christian backgrounds who are married as children. And they have come from every socioeconomic level, from both multigenerational American families as well as immigrant families.” Who like Majebin all need help and a way to escape.

The female non-profit creator also knows first hand the struggles that come with being in a forced marriage. Her parents attempted to marry her off in an arranged marriage. Saying to PRI,”My family arranged my marriage when I was 19. So, I was not a child even though I was a teenager. So, even at 19, I didn’t have agency. I didn’t have the ability to say no.”

Reiss explained that she spent her whole life sheltered. Unable to drive, carry money or contact anyone outside the Hasidic Jewish Orthodox world. So in her opinion, at the age of 19, she was “virtually a child.”

It is clear Reiss was able to get out and thrive. But what about Mahjebin?

Don’t worry she was able to resist the arranged marriage but in her doing so cost her her life. Saying to PRI, she had to face physical and verbal abuse about her decision and “There were points where it became so unnecessarily unbearable, I was like … If I got married, they’d just leave me alone.”

But during that time, she started college on a scholarship in the New York area and she was able to find secret places to sleep and shortly after, campus authorities raised concern over it and they found a place for her to stay. So the young girl was saved through education. And according to herself, her own religion of Islam.

Saying, “One of the reasons my parents couldn’t force me into getting married was that I knew my religion. And in my religion, it explicitly says that any marriage that is forced is null and void. And there have been cases in our tradition in which a girl has been married without her consent. And she went to the prophet Muhammad, peace be upon him, and asked him, ‘My parents forced me into marriage. Am I a married woman?’ And he said that marriage was not accepted.”

Adding “It was because of my religion that I am still a single lady.”

– ‘He Was Dead’: Parents Credit Power of Prayer After Toddler Survives Near-Drowning