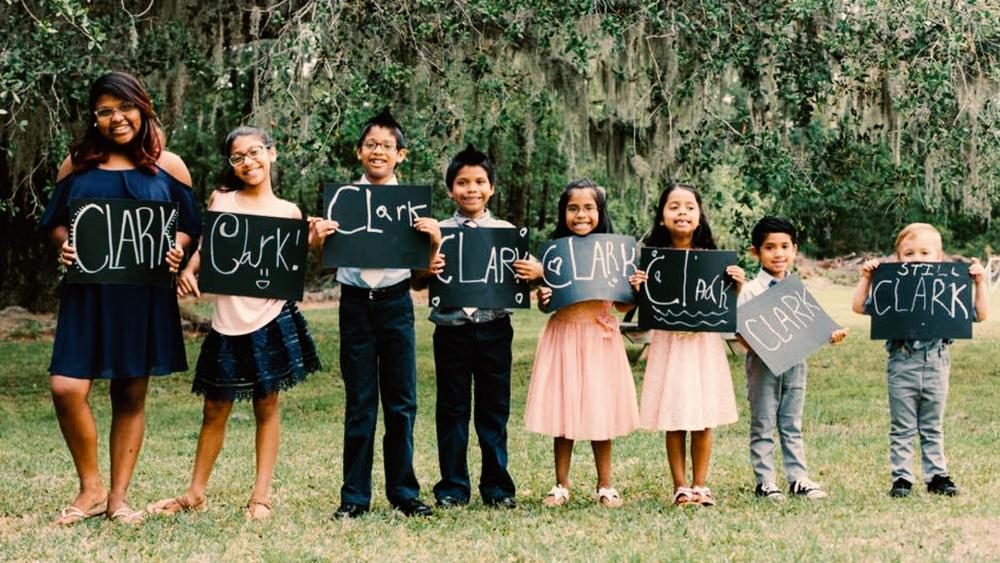 A family of three in Georgia is now officially a family of 10 after a couple adopted seven siblings who spent nearly 1,400 days in foster care.

FoxNews.com reports that Jessaka Clark and her husband, Josh, met the seven in April 2016 after a case worker inquired if they would be interested in adopting the children.

The couple has nicknamed the siblings -- Maria, Elizabet, Guillermo, Jason, Kristina, Katerin, and James -- the "Super 7."

"My husband Josh and I both knew that we wanted to adopt children," Clark told Fox News in an email. "We had decided this before we even met each other."

"Josh has a heart for the thousands of children that don't have parents and knew he wanted to bring some of them into his home," she continued.

Clark said her parents inspired her to consider adoption. She grew up in New York watching them serve as foster parents to children, and she has two adopted brothers.

"They continue to have open doors to children who have aged out of foster care (most of whom were at the children's home they worked at) and give them a place to live and be loved while they go through difficult times in their lives," she said.

The Clarkes have a biological son named Noah. They said Noah had no problems welcoming his new brothers and sisters.

"When we told the children about getting a court date, Noah jumped up and down with them because he thought he was getting adopted as well," Clark said.

May is national Foster Care Month, and the Clarks want their story to shine a light on the need for adoption and foster parents in the United States.

A friend of the family launched a GoFundMe page to go toward a down payment on a bigger home for a family of 10 -- and possibly 11.

That GoFundMe page says the Clarks "face a new challenge:"

"Their super 7 have a baby sister in foster care that they would like to adopt to keep all of them together. The problem is that they have to have more rooms in order to be able to take any more children into their home. They also feel that God has more children out there for them but they are limited by their house."