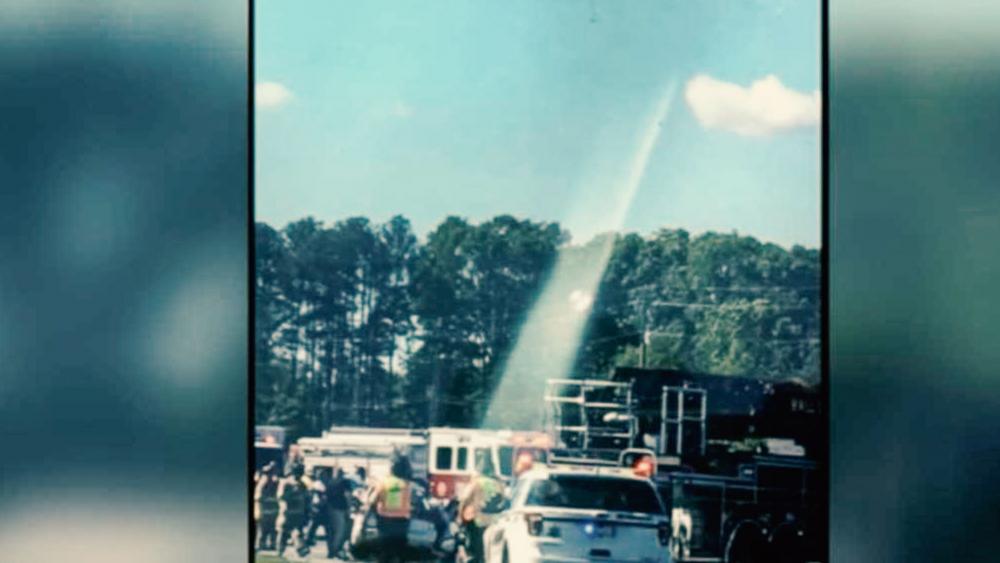 A photo taken at the scene of a tragic car crash that killed two young moms and a 9-month-old baby last month is bringing hope and peace to the families of the victims.

The fatal accident unfolded on April 25 in Hall County, Georgia, when Hannah Simmons, 23, her baby girl A’lannah and a friend named Lauren Bureau, 28, lost control of their vehicle and hit another car, Today.com reported.

READ: Christian Printer Who Was Punished by Gov’t For Refusing to Make Gay Pride T-Shirts Wins Big in Court

In the midst of that tragedy, a woman named Anisa Gannon, who was on her way to work and was caught in the resulting traffic, decided to take a photo of the scene to prove that she was caught in the middle of a traffic scenario that was beyond her control.

It was later, though, when Gannon’s aunt, Tara Noble, looked at that photo, that she noticed something curious — a beam of light seemingly extending from the sky to the roadway where the emergency workers were trying to help the victims.

Inside that beam some family members believe they can see at least two tiny, white orbs.

The image was so stirring that Noble decided to reach out to the families of the victims of the crash to show them the beam of light and to try and help bring them some peace and healing. And, in the end, that’s exactly what the photo accomplished.

Paige Wilson, one of Simmons’ cousins who was also A’lannah’s godmother, told Today.com that she believes the light beam is “some kind of sign,” while other family members discussed the immense comfort they received after observing the photo.

Simmons’ mother, Judy Simmons, was among those who spoke out after see the photograph.

“That picture was taken for a reason — to give me sanity,” the grieving mother said. “Hannah was also my best friend, and she’s looking down from heaven now.”

Other family members expressed similar reactions, with Jodie Carter, Bureau’s aunt, telling WSB-TV that the photo left her speechless and gave her a profound peace.

“It took my breath away. Chills covered my body. And then a peace came over me,” she told the outlet. “I see God taking them up to heaven. Their spirits, their orbs are up there. No other explanation.”

Of course, that part of the photo could have been created due to a window smudge or a nearby light that reflected when it was snapped. But, regardless of the origins that created the supposed ray of light, the image is comforting those who are hurting.