'God Has a Plan for Everything:' NFL Player Hopes His Loss Can Help Others 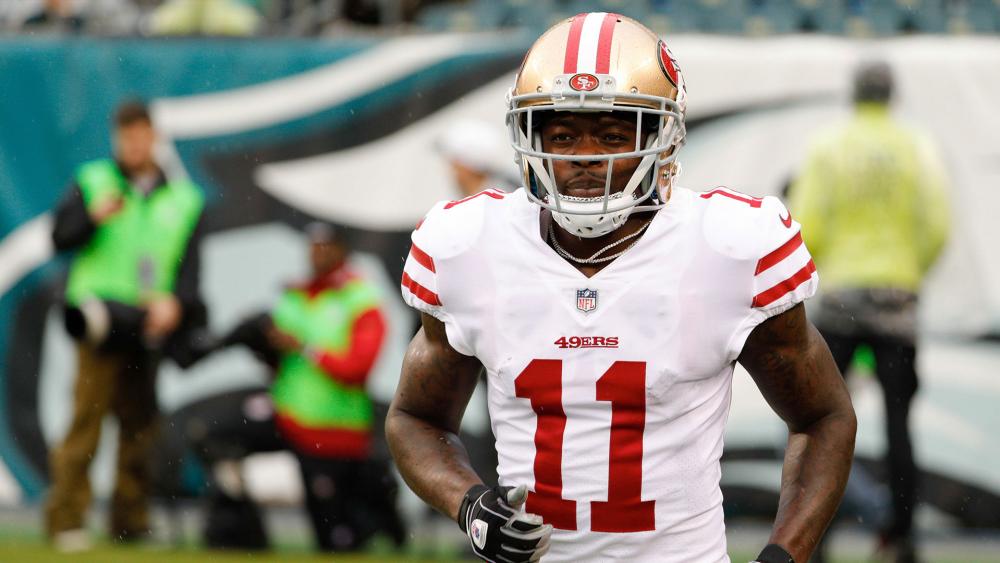 When San Francisco 49ers wide receiver Marquise Goodwin posted the heartbreaking image of his stillborn baby on Instagram, thousands rallied around him with prayer and support.

I just wanna thank those who’ve genuinely prayed for @morganakamomo & myself through out this pregnancy. Unfortunately we lost our baby boy due to some complications, and had to prematurely deliver him early this morning around 4am. Although we are hurt, I am grateful for the experience and grateful that God blessed me with a wife as courageous and resilient as Morgan. The pain (physically, mentally, & emotionally) that she has endured is unbelievable. Please Pray for the Goodwin family.

"Prayers have gone up for you and your family! may the Lord continue to bring you all through this!! Stay close to God and your family," wrote one person.

Another responded, "My heart bleeds for you both. Remain strong and united, and know that your little angel will always live on in your hearts."

Goodwin went on to play Sunday afternoon and thanked those who prayed for him and his wife after the tragic loss.

"Honest to God truth, the only reason I made it through the game is because of my faith in God," Goodwin said in an interview with ESPN Tuesday. "I mentally and physically was not prepared to play in the game -- at all. I really didn't even practice that week, I was just going through a lot. Just trying to get my body rested from the week before and the week before that. Coming into the game, I wasn't really in it because I had just lost my baby. My wife, we prayed about it and I guess she felt that God moved her to allow me to go play and she encouraged me. She raised my spirits up and helped me get ready for the game."

"So that's what's so cool about the situation is, my wife, how supportive she is and how encouraging she is, all these great things that she does for me to help me go out there and play the way that I did. I think it speaks more about her character than mine because here she is, she could be holding me back, she could make me feel guilty about having to go and play football, which is just a game, in the grand scheme of things, and what we dealt with was a real-life situation, a death. Not only a death but a death to our infant child. So, situations like that, you only make it through that with your faith in God."

In an interview with PEOPLE magazine, Morgan Goodwin said they had decided to name their unborn son Marquise Jr.  She also shared about the loss and their struggle with infertility.

"We cried. It was a hard thing to take in," she said. "This hurts because I was 19 weeks, I was almost halfway there."

"Morgan and I appreciate all the love that we've gotten," Goodwin said. "We didn't realize that sharing our journey with this baby would gain so many people . We do have a lot of people that followed us through our journey, so maybe we can help people who have dealt with similar things that we have gone through and learn things from people who have been through our situation," he said.