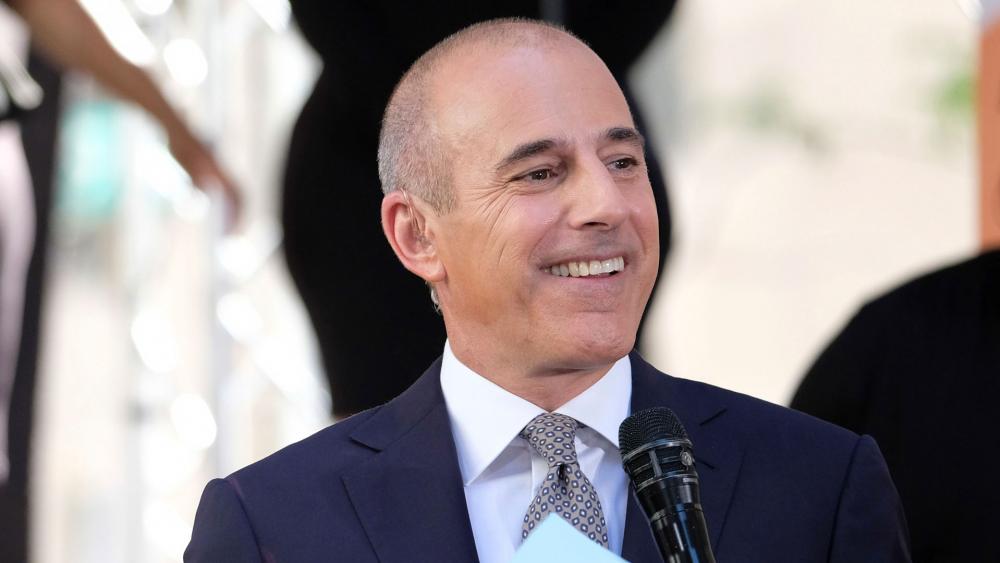 Although not admitting to all allegations against him, long-time NBC anchor Matt Lauer, the one-time Today show host released a statement apologizing for "the depth of the damage and disappointment I have left behind at home and at NBC."

Lauer, 59, admits he crossed the line, although he says some of the stories are "untrue or mischaracterized." But he does take ownership for his bad behavior, stating that despite some flaws in the allegations "there is enough truth in these stories to make me feel embarrassed and ashamed."

Executives at NBC News decided to fire Lauer after one staffer gave a detailed account of Lauer's inappropriate behavior toward her during the 2014 Olympics.  According to Fox News, an intern provided photographic evidence of Lauer's misbehavior on Monday which prompted the NBC leadership to act swiftly.  Though NBC says this is the first such complaint in the more than 20 years Lauer has been on air, others claim Lauer's alleged sexual misconduct was an open secret in the industry.

The 59-year-old father of three was at the top of his industry making more than $25 million per year. He reportedly used his power and influence to abuse female colleagues.  As of today, as many as eight women have come forward to describe scenes where Lauer exposed himself to them and in one case purchased a sex toy for a colleague along with a sexually explicit note. One accuser reportedly says he physically assaulted her in his office causing her to pass out and need medical attention.

The recent waves of allegations of sexual misconduct have rocked every institution from Hollywood to Capitol Hill to the coveted anchor desk at two top media outlets.  Lauer's departure comes just days after CBS fired Charlie Rose from CBS This Morning.