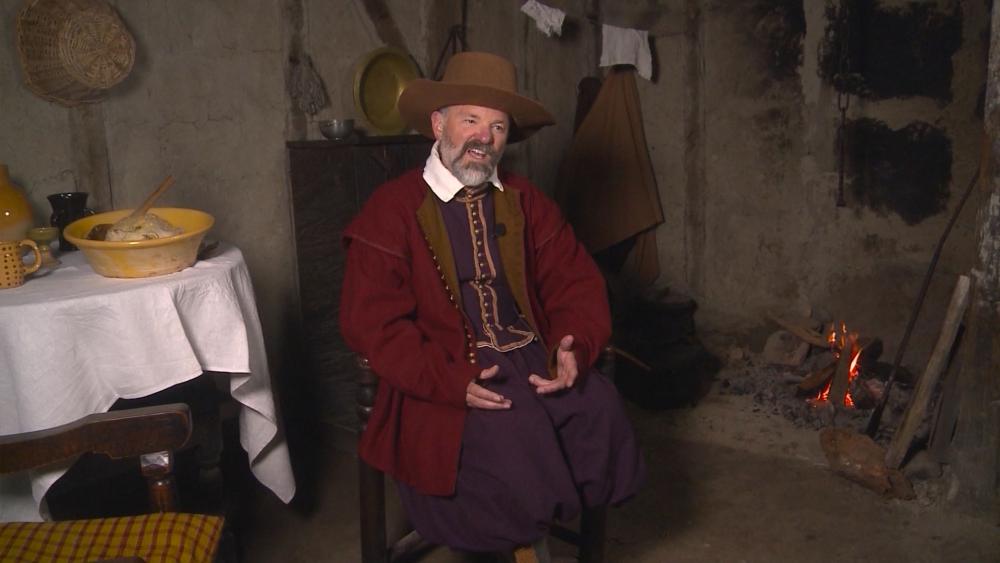 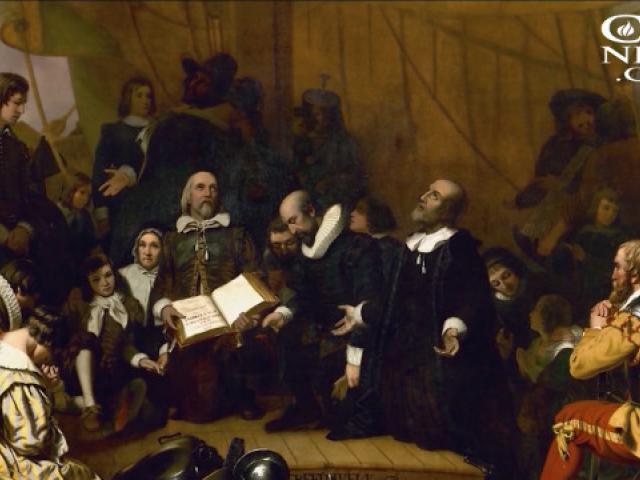 PLYMOUTH, Massachusetts — Most kids in public schools are no longer being taught what a rich godly heritage this nation has. God and prayer have been thrown out of their schools and with it the knowledge that early settlers made a covenant with God and this allied the country with Him.

Much of this early heritage started with the Pilgrims in Plymouth, Massachusetts. These fervent religious believers were about so much more than turkeys, big belt buckles, and a Thanksgiving feast. But what made the Pilgrims' toehold in the New World so special and so miraculous has mostly been stripped away from today's public school students.

So a group of pastors, interns, and students from Victory Faith Church in Spokane, Washington decided to take a trip down the East Coast to reclaim that lost education for themselves and their children. Or as Pastor Trevor Seaman put it, "Getting all of this information, revelation, and the heart of God into the next generation."

Victory Faith's Senior Pastor Craig Lotze said of today's young people, "Most of them, if they've been through public school, and even a lot in Christian schools, they don't know their history as far as how our nation was founded."

Like that Pilgrims didn't just come here to escape religious persecution, but to set up a new type of government.

In an age of absolute monarchs who ruled like God, the Pilgrims believed the radical idea that the real God made all humans equal, so no one of them should rule over all the others. Any leaders should be elected by the community and should be servants of the people, not lords over them.

"They didn't think there should be this one man that was God over all the people," said McKenna Phillips, a member of Victory Faith's School of Leadership.

"We're all created in the image of God and therefore no one is above, no one is below," is how the church's Youth Ministries Director Trebor Angerman put it.

Only One King Was Acceptable: King Jesus

But Pilgrim re-enactor Leo Martin of Plymouth's faith-based Jenney Museum told CBN News this didn't mean the Pilgrims weren't in submission to authority. "They had another king…a heavenly king…King Jesus, and that's who they followed," he explained.

Martin showed the Victory Faith folks around Plymouth on their trip there and discussed what most modern students aren't learning about their country.  "What you are not learning is that we are a Christian nation, founded on Christian principles," Martin said inside his Jenney Museum. "And we tell that story. We don't tell it just because I'm a Christian. We tell it because it's a fact."

Some today are taught Pilgrims were stern control-freaks, clamping their religion down on everyone. The truth, though, is they knew God as the God of Liberty, who wanted men free in Christ.

Her husband Craig added, "You could see that that liberty from the Bible caused them to live full lives, vibrant lives."

You Don't Need Outside Control if You Have Self-Control

But the Pilgrims also understood the only way to stay free was by self-governing, each person following the moral code and virtues laid out in the Bible. "We can only have that liberty if we have that self-government," said Phillips.

Angerman added, "If we don't rule ourselves, somebody's going to rule over us." Because people without those morals and virtues need a powerful government to control them to prevent anarchy and lawless chaos from breaking out.

Martin explained the Founding Fathers knew this truth well as they formed a national government after the Revolutionary War. He recalled, "John Adams said the Constitution was written for a moral and religious person. It is wholly inadequate for the governance of anybody else."

That's why almost all early education was about the guidance and eternal truths in the Bible.

Pilgrims Willing to Sacrifice Everything for God's Truth

When they sailed from England, the Pilgrims knew well they could die from the New World's harsh winters or Native Americans' arrows. But they still came. Then half their number — 51 out of 102 — died the first winter.

"They literally put everything on the line for what they believed," Seaman said. "And were willing to lose their life — half of them — for future generations, they believed it so much."

Few students today are taught that food was so scarce when the Pilgrims arrived in a harsh winter, they were each rationed just five kernels of corn a day.  And 14 of the 18 Pilgrim mothers died because they kept giving their meager rations to their children.

"They gave their lives for the sake of another generation so that we could live in the world we live in today," Pastor Monie said.

Pastor Seaman's oldest daughter Rhema was radically changed on a previous trip where she learned all this and told her parents, "It's up to me, it's up to our generation to carry the baton, to champion truth, to live and to be a voice."

Martin added, "I have people say to me all the time 'I'm just one person. What can I do? One person can't do anything.'  51 people started our country. One person can do something."

The Pilgrims weren't colorless and dour as some teach, because they believed the joy of the Lord was their strength and they were to be thankful no matter their circumstances. They're famous for Thanksgiving Day, but Martin has a problem identifying that as a specific day.

"Which one do I pick?" he asked. "The Pilgrims thanked God for EVERYthing."

The Miracles that Made Them So Thankful

But little is taught today of what made them so thankful: of the miracles and moments where God's hand guided and saved.

For instance, the Pilgrims needed plowed fields their first year because they had no room on the Mayflower to bring plows. Right where they landed were fields plowed by the Pawtucket tribe that had then been wiped out in a plague.

That's not what today's students hear about the Pilgrims. "What's being taught right now is that they stole the land; that they took advantage of the Natives," Angerman said.

But Martin said the truth is, "The Indians did not want the land. They would not come back on it because of the plague."

Squanto was a friend of nearby Indian chief Massasoit — and was declared a special gift from God by the Pilgrims, who testified they couldn't have survived without him. He'd learned English in Europe before returning to America on a ship with the famous English explorer Jamestown's Capt. John Smith.

"He became the interpreter between the Pilgrims and the Indians," Martin said of Squanto. "That was the only way they could communicate."

The Pilgrims treated the Native Americans as equals and thus made peace with them that lasted 55 years, unlike any other treaty whites made with Indians.

When the Pilgrims' foreign crops wouldn't grow in Plymouth, Squanto taught them to plant corn and fertilize it with fish from the local river. His God-sent presence made both peace and provision possible for the Pilgrims.

A Rain From Heaven

The day CBN News met up with Martin and the Victory Faith folks, a heavy rain was falling on Plymouth. That recalled a much earlier rain that revealed God's hand.

A couple of years after the Pilgrims landed, they faced losing all their crops because of a severe drought. They held a very public fast and prayer-time till God sent a miraculous rain right over them that saved the crops. That led a local chief to Christ along with much of his tribe.

Incidents and interventions like these are sprinkled throughout America's history, but so little of it is known anymore to the younger generations who desperately need this knowledge if they're to carry the baton into the future so this can remain "one nation under God." 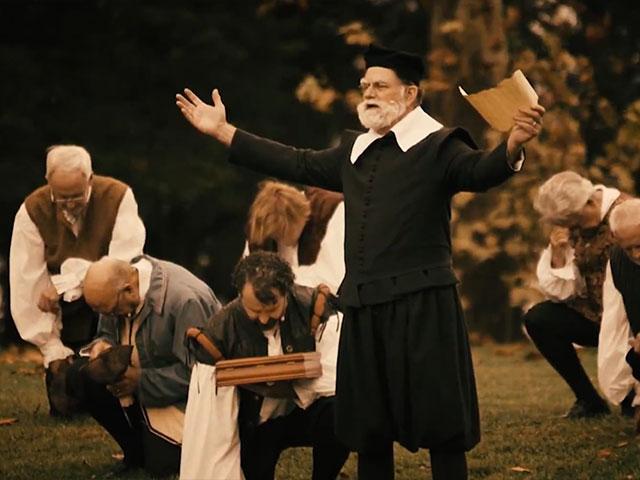 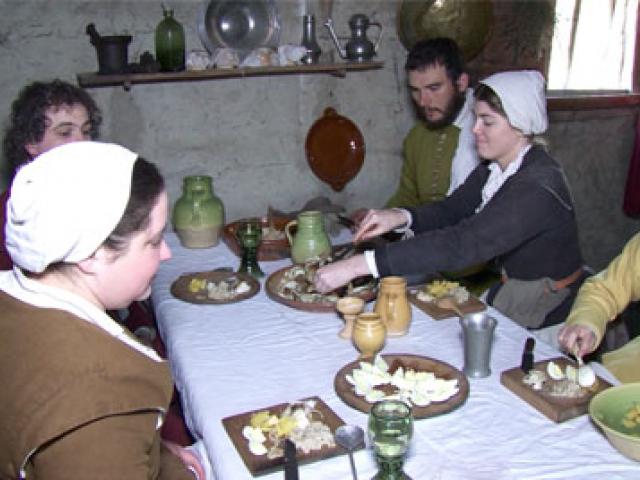