After Last Week's Controversy, This NFL Team is Putting Prayer Above Protest 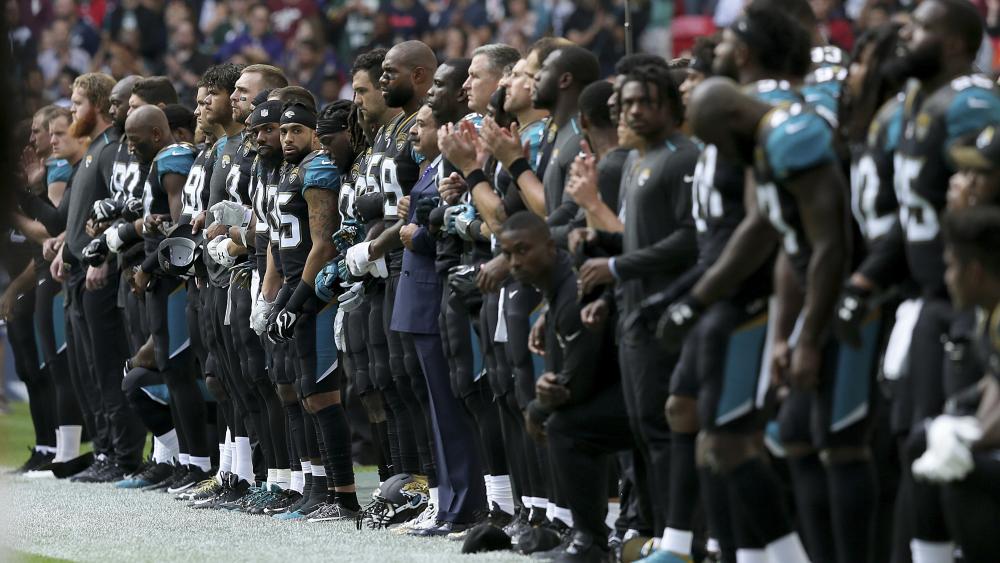 As professional football teams across the country struggle to find a way out of the crisis that's rocking the NFL at least one team has decided to start with prayer.

The Jacksonville Jaguars announced Saturday that the team will kneel in prayer before the National Anthem and then stand in honor of the nation's flag while the anthem is sung.

The players announced they "will kneel to pray for change, progress and equality for everyone" and invited fans to join with them. “The Jacksonville Jaguars will then stand together, as a team, tomorrow and going forward, to honor our flag and our national anthem.”

The anthem, long an exhibition of national pride and unity, has become a point of division as some players began kneeling in protest of racial inequality in America. The small, slow-growing protest exploded on football fields nationwide last week after President Trump used profanity to describe the protestors and said they should be fired.

Last week, the Jaguars sparked controversy when some team members knelt and others locked arms during the anthem before a game played at Wembley Stadium in England.

The team's recent announcement comes as President Trump once again engaged the debate, this time on Twitter.

Very important that NFL players STAND tomorrow, and always, for the playing of our National Anthem. Respect our Flag and our Country!

"Very important that NFL players STAND tomorrow, and always, for the playing of our National Anthem. Respect our Flag and our Country!" he tweeted.

Emphasizing that they love and respect the flag, the Jaguar players also said they are obligated to point out shortcomings in society.

“The United States flag and our national anthem are both strong sources of inspiration and unity,” the players said in a statement. “Our respect for both is sincere. Given recent events and remarks, however, we felt it was time last weekend to shine a light on the serious issues of inequality and social injustice that exist in our country."

Acknowledging that the team is a diverse group of individuals with differing views, the players pledged to unite and represent their city in an honorable way.

“In that spirit, the Jacksonville Jaguars – every one of us – prior to the national anthem on Sunday will kneel to pray for change, progress and equality for everyone who calls the United States their home.  We hope others will pray along with us.  We are all in this together."

Other teams are seeking similar ways to observe the protests and show respect for the anthem.