Awaken the Dawn: A Weekend of Worship Fills the National Mall 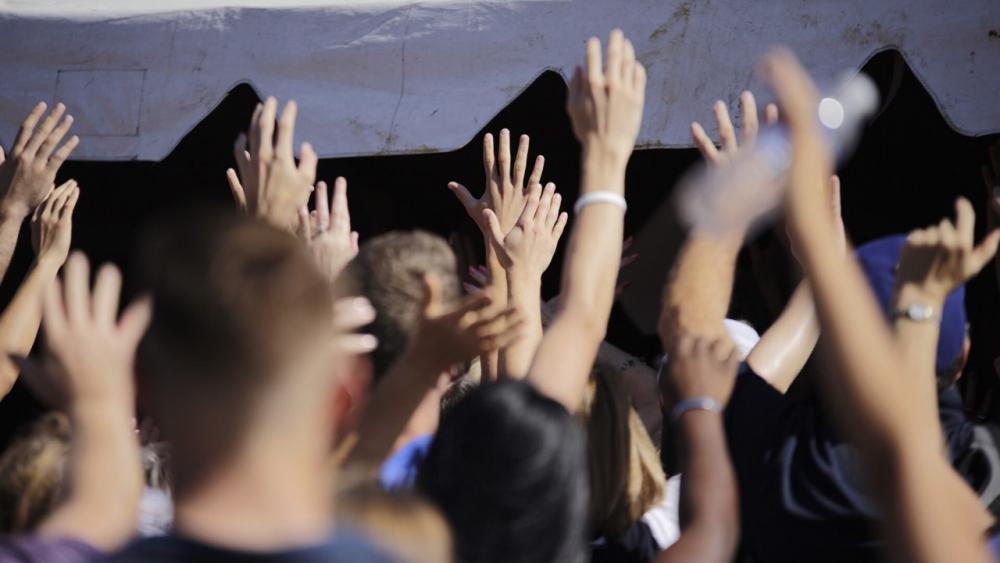 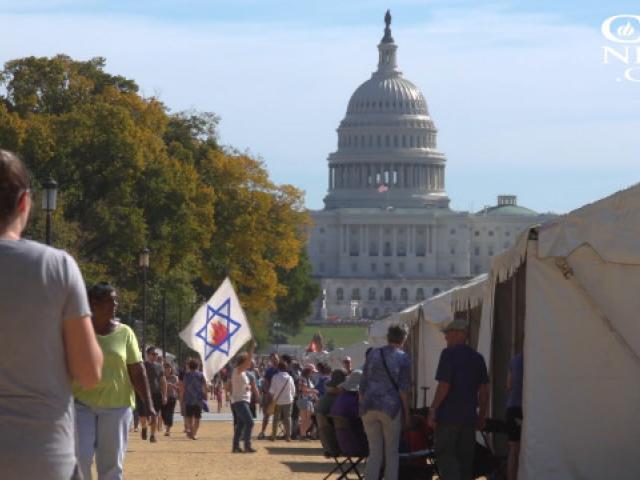 Awaken the Dawn: A Weekend of Worship Fills the National Mall

WASHINGTON— The big swath of park land between Capitol Hill and the Lincoln Memorial known as the National Mall was filled with an unprecedented event this weekend: 24/7 worship meant to bless God and call His presence down on America.

“It’s all about King Jesus,” said Melody Frazier-Morris of Messiah Ministries International. "We’re lifting His name up. It says, ‘If I be lifted up, I will draw all men unto me.’ We want to see that Third Great Awakening.”

Every state and region had a tent on the Mall for the event called “Awaken the Dawn," all of them offering praise and adoration around the clock all weekend long.

Matt Dentino of Outreach Ministries International was worshipping with Frazier Morris at the Tennessee tent.

All for the King of Kings

“Just as you have congressmen and senators representing every state, every state in the union is represented here by Holy Ghost Christian people of all races and colors, here to worship the King of Kings 24-7," Dentino told CBN News. "It goes back to the Key of David.  When King David was in Jerusalem, for 33 years, they had worship going.”

Nothing like this endless stream of worship from Capitol Hill all the way down to the Washington Monument has ever happened before in the center of the nation’s capital.

Kent Henry’s been a worship leader and Christian recording artist since the 1970s. He expects this amount of praise and adoration for God will have an impact on the nation.

‘Things Will Start Changing in America’

“Something’s going to start breaking through,” the California native said. "I hope a lot of churches catch a draft off of this, bro, because if everyday believers start praying 20 minutes a day including with some worship in it, things will start changing in America.”

‘Get Happy About King Jesus’

“We need to get happy about King Jesus,” Frazier-Morris stated. "I mean, He came and gave us, gave us salvation. “

Preaching and prayer also filled the air along with worship.

By the end, she had an overflow crowd falling to their knees and crying out to God.

Power to God, Not 'Power to the People’

On the main stage in the middle of the Mall, Mark Gonzales of the Hispanic Action Network led prayer for all of God’s people to come together to show a divided nation there’s just one race in God’s eyes — the human race.

“We’re no longer going to get caught up in ‘power to the people.’  We’re coming in power to Almighty God over the nation of America,” Gonzales declared.  "Thank you, Lord.  Use us to play our role and do our part for this Awakening and the healing that needs to take place here in this nation.”

Frazier-Morris said afterward, “I believe prayer changes history. And it’s proven over and over. Wars were ended through prayer. Nations were founded. Israel was founded in 1948 through prayer: the people crying out for a land and they got a land, amen?”

She concluded by saying Awaken the Dawn can change America, stating, “Prayer works. And it changes history. So, yes. I do believe this can change the atmosphere completely."

And Kent Henry added, “We’re pretty far down the stream morality-wise and ethics-wise. But now we got a shot, especially with the change in the presidency, to do something great for Jesus. So, hungry people still get filled. We need to see the fire of the Lord come again.”

The main purpose of Awaken the Dawn is just to love on the Lord and worship Him on the National Mall for a weekend.

But many of those who came think God’s not going to let it end there;  they believe He’s going to show love to the nation that just showed it to Him.