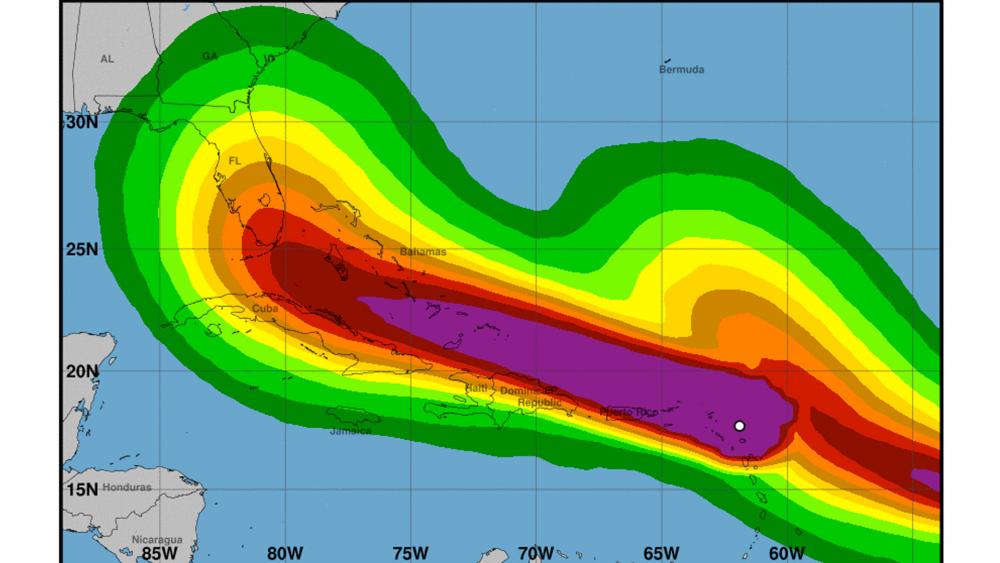 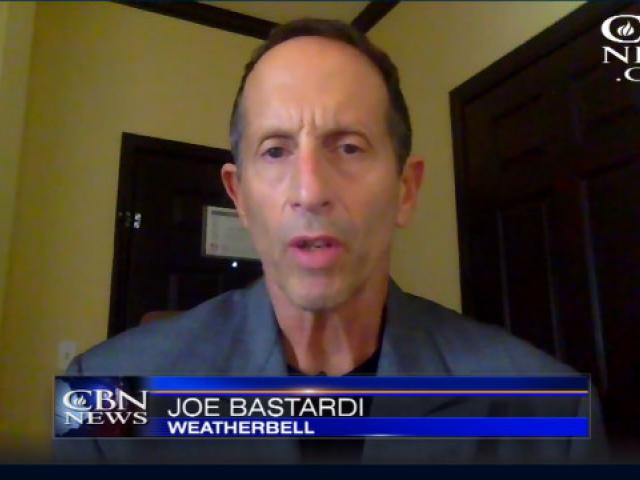 Hurricane Irma has the most powerful winds ever recorded for an Atlantic Ocean storm at 185 mph. The dangerous Category 5 hurricane is in the Caribbean and could hit Florida over the weekend.

The chief forecaster for WeatherBELL Analytics, Joe Bastardi, gave CBN News his predictions. He believes the storm will devastate the Virgin Islands and then give Puerto Rico "a bad storm," but not hit it directly.

Bastardi says the storm will continue into the Turks and Caicos Islands before ultimately hitting Florida.

"I do believe Florida is going to get hit, and it's going to be a catastrophic event where it hits," he predicted. "The easiest way out if you want to call it that with this hurricane is that after the Southern Bahamas, it goes west into Cuba, weakens for a while, then comes back north."

"If that's the case, we have a severe hurricane – no doubt about that – for south Florida," he continued. "If it just stays over the water and goes between Cuba and Florida before coming into Florida, this could be as bad a hurricane as we've ever seen hit south Florida."

"And in the worst case scenario, I could see the pressure in this – the barometric pressure – falling as low as the 1935 Labor Day hurricane, which brought winds of over 200 miles an hour to the Florida Keys," Bastardi said. And in response to that possibility, the meteorologist has advice for people in the path of Hurricane Irma.

"Listen to whatever authorities on that matter have to say," Bastardi said. "...You prepare for the worst; pray for the best, and that's what I would do."