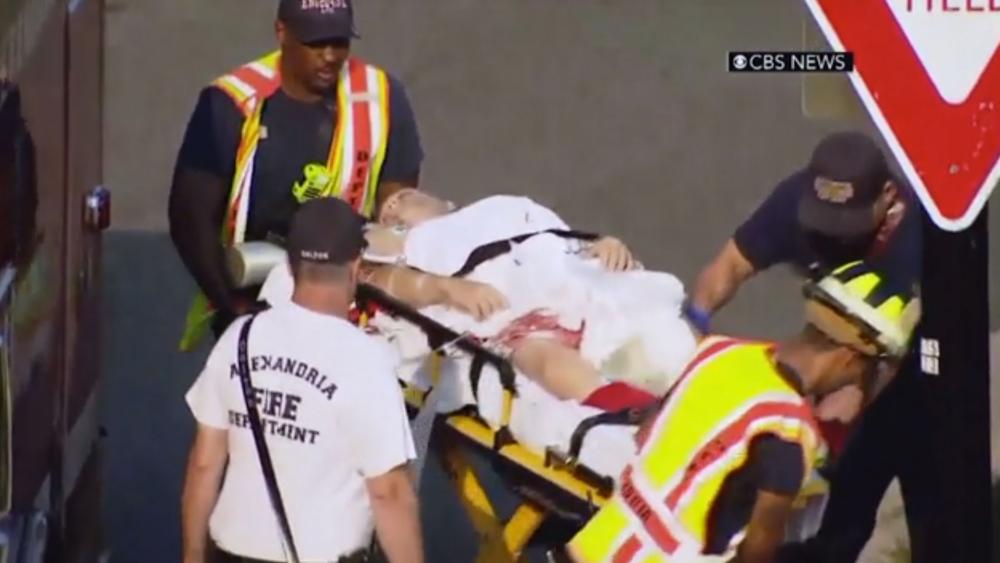 WASHINGTON – June 14, 2017, could have been a massacre, but thanks to God's protection – more than a dozen Republican congressmen who were practicing for their annual charity baseball game are still with us today – giving their firsthand accounts of the big and little miracles that saved their lives.

"You can't explain some of the things that happened on that ball field except that God performed real miracles," Rep. Steve Scalise, R-LA, who was shot in the hip, told CBN News.

Scalise remembers it being a nice summer morning in Virginia when he joined his congressional teammates to prepare for their big game.

"We're just out there playing baseball in the field, a bunch of guys, you know, feeling like kids again," recalled Scalise. "And then all of the sudden we heard a noise, and I thought it was the backfire of a tractor."

Staring Down the Barrel of a Rifle

But Congressman Trent Kelly, R-MS, who served in Iraq, knew immediately – that was no tractor. He turned to the direction of the gunshots and found himself staring straight down the barrel of a rifle only about 15 feet away.

"I looked him dead in his face and he had the most evil, sinister look," Kelly recounted.

The Ricochet that Saved Kelly's Life

At that point, the shooter fired three shots directly at Kelly.  Miraculously, none hit him and one bullet he's sure would have struck him ricocheted off a chain link fence, likely saving his life.

"The calmness and the way that I acted and the things that I did were directly attributable to, He guides us as long as we're following His steps," said Kelly.

"That doesn't mean He'll always protect us, sometimes that's not in His plan. But He definitely guided my steps that day."

Kelly then could only watch as Scalise fell to the ground after being shot in the left hip.

"I went down, I crawled away and then eventually my arms and legs just gave out," Scalise explained. "I didn't know how bad I was hit, but I could feel numb, and I could still hear a lot of gunshots going off."

"I prayed and asked Him for very specific things and, you know, at that point, it almost was like this calm came over me because I just really felt like God was going to take care of me and boy did He ever," continued Scalise.

Capitol police officers David Bailey and Crystal Greiner, assigned to Scalise that morning, fired at the shooter. Although the officers were wounded in the process, they eventually took the shooter down.

A Series of Miracles Save Scalise's Life

"Brad came out and applied a tourniquet to where the bleeding was, my trauma surgeon later said if that tourniquet wasn't applied I would have bled out on the field, I wouldn't have made it," Scalise told CBN Nes.

That was just one of many miracles that day. When EMTs arrived they quickly loaded Scalise into an ambulance headed for George Washington University Hospital. Given rush hour traffic, the ambulance hardly moved. Then one EMT looked up and noticed a helicopter flying toward the baseball field. Even though they had no communication with the chopper, they made the call to turn around hoping it was coming to pick up Scalise.

"Sure enough the helicopter landed and it was there to pick me up and four minutes later I'm in the emergency room at MedStar hospital," says Scalise. "They said maybe one more minute and I wouldn't have made it. The fact that that happened, I would have died in the ambulance there's no doubt about it."

When Scalise reached the hospital, he had no blood pressure.

"You talk to most doctors they'll tell you – you're not gonna make it if you have a zero blood pressure when you arrive," says Scalise. "They had to replenish my blood supply, literally putting more than two times the amount of blood the human body has into me because I had so much internal bleeding."

He lay unconscious for three days following the shooting before finally waking up.

Even in the hospital, he faced danger after developing a life-threatening infection.

Thanking God for Miracles and Prayers

"They weren't sure whether I was going to make it those first few days, but finally I did and thank God for the miracles and for the prayers from all around the country," says a grateful Scalise. "Just the unbelievable overwhelming amount of prayers and support I got from people that I know and I don't know , and I'm so thankful for that."

The bullet shattered Scalise's femur and seriously damaged his hip and pelvis, which took steel plates to rebuild. Doctors were unsure in the first few weeks how Scalise's body would respond to all the surgeries.

"They definitely said I'll be able to walk again. It's just a question of would I need crutches and will I be able to run again. And a lot of that's still in question because there's still a lot of nerve and muscle damage," says Scalise.

But even after all that he went through, there was no doubt in his mind he'd be back on the Hill one day.

"I love doing this job. I missed it a lot after those first few weeks once I started to think about kind of getting better, the next thing I thought about was getting back to work," continued Scalise.

Last June, my colleagues and I experienced God's miracles during that fateful baseball practice. I spoke with @CBNNews about that day. https://t.co/uCvMZzgUyh

Less than four months after the shooting, on September 28, Scalise triumphantly returned to Congress, praising the Lord for sparing his life.

Congressman Kelly told CBN News he was not surprised to see the majority whip back so soon after the shooting.

"We just continued to pray for him, and I won't say I knew he was coming back – I will say this, I knew if it was God's will he was going to be back and if not he had something, something greater planned for all of us," says Kelly.

Scalise says while he's been a man of faith for a long time, he's kept it relatively private. But now he's proudly sharing the amazing things God has done in his life with the world.

"I think the fact that it's been able to touch so many people, I'm happy to help continue to spread that word," Scalise told CBN News. "I'm not a minister, I'm not a preacher, I'm a member of Congress who has a great job. I love being able to be a part of helping turn around, the greatest country in the history of the world but a country that was founded on belief in God."

Scalise believes lawmakers should constantly remind themselves of that faith foundation.

"Our founding fathers talked about God. They didn't say we want people to have faith; they said we are a nation whose laws are given and our rights are given to us not through men and women but through God. And we need to remind ourselves of that a lot."

Scalise says he is a living example that prayer makes a difference.

And to him, it's offensive when people say otherwise.

"They need those prayers; I needed those prayers. How dare somebody say don't pray for the people that have been injured by a tragedy, go and try and use that as an opportunity to hijack their tragedy and push your agenda, I think that's offensive," says Scalise.

Scalise truly returned to the hill a new man. Although his recovery has been remarkable, challenges still lie ahead. He faces rigorous physical therapy multiple days a week – and asks for continued prayer for healing damage.

"Please pray that my nerves that have been injured from the attack can come back and function, and a lot of them are and I'm so blessed to be able to do the things I do now," says Scalise.

It's hard to say if he will ever resume his position at second base, but his teammates are determined to keep the 109-year-old charity event going strong.

"Absolutely I'm playing, and maybe at my own peril but I don't care, I think it's more important to live freely than to have that safety and security," Kelly told CBN News.

This year's game takes place at Nationals Park on June 14, exactly one year after the shooting in Alexandria. Before our interview ended, Congressman Scalise wanted to make sure he let our CBN News audience know how much your prayers have meant to him.

"I can tell you the power of prayer is real. It's powerful and it was incredibly helpful to give me the strength I needed to come back. So thanks for the prayers; they truly were needed and appreciated." 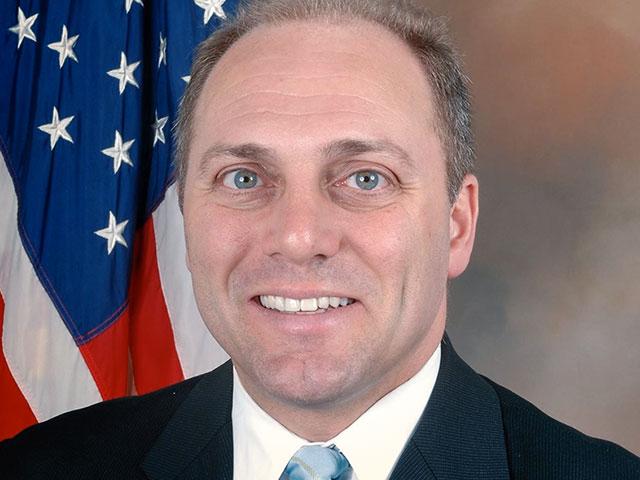