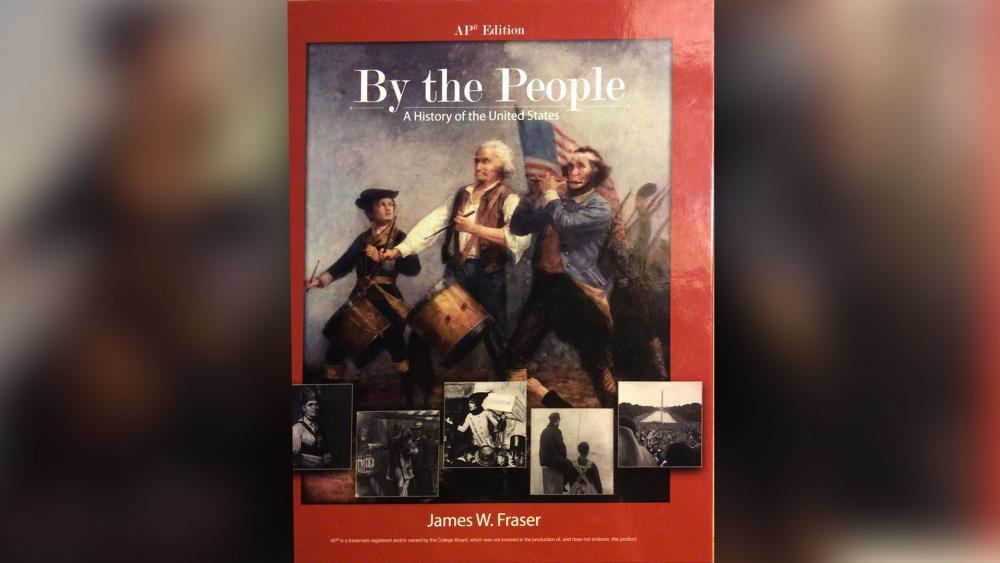 A new Advanced Placement American history textbook is raising red flags because of its anti-Trump language and its suggestion that Trump supporters are racist.

By the People: A History of the United States is the newest edition of a Pearson Education history book that could be made available to high school students if school districts opt to use it.

In case you didn't think there was an effort going on in public schools to indoctrinate kids with an anti-conservative agenda, a friend of mine took pictures and highlighted parts of this AP US History book. pic.twitter.com/rj2AN3MIqI

The book has not yet been distributed to students but has been introduced to teachers to see if they would want to use it as part of their curriculum in the next couple of years.

Tarra Snyder, a student at Rosemount High School in Minnesota saw a sample copy of the book sent to her high school history teacher and snapped an image of its material.

She told CBN News why she decided to share the image on social media.

"I know people all over the country are supporters of the conservative part and to say that they are all one-sided and they are all white, suburban and rural and they wouldn't vote for Hillary because she was a woman, and they were nostalgic for an earlier time, I think they were completely out of line," she said.

"Clinton's supporters feared that the election had been determined by people who were afraid of a rapidly developing ethnic diversity of the country," it reads. "They also worried about the mental instability of the president-elect and the anger that he and his supporters brought to the nation."

"Most thought that Trump was too extreme a candidate to win the nomination, but his extremism, his anti-establishment rhetoric, and, some said, his not-very-hidden racism connected with a significant number of primary voters," it continues.

The book goes on to describe the demographic of those voters.

"Trump's supporters saw the vote as a victory for people who, like themselves, had been forgotten in a fast-changing America – a mostly older, often rural or suburban, an overwhelmingly white group," the sample copy reads.

Fraser said he wrote the book to "help make US History courses more lively," according to his NYU bio page.

The ordained minister said the purpose of the book was to focus on the lives of everyday Americans from differing "communities, times, and places," not to divide.

"As a writer and teacher I see it as my job to put the information about history, including elections in front of students as honestly and clearly as I can. I tried to do the same for Trump vs. Clinton as I did for Adams vs. Jefferson or any other election," he wrote in a statement sent to CBN News.

"I never want to indoctrinate but to encourage students to listen to various arguments and multiple perspectives," he added.

"Keeping facts from students rightly makes them distrust all textbooks," Fraser continued. "Laying out the facts as clearly as I know how and doing so in comparison to other information or facts is the best way to encourage the kind of thoughtful engagement with history that every historian should work for."

Scott Overland, a spokesperson for the British-based Pearson Education, told CBN News that the textbook was designed to meet specific Advanced Placement standards.

"AP History 'By the People' was developed by an expert author and underwent rigorous peer review to ensure academic integrity," he wrote in a statement. "This work is designed to convey college-level information to high school students and meet specific Advanced Placement standards."

He said the purpose of the text is to promote critical thinking for students.

"U.S. history and government are important topics for students that can evoke passionate responses as they explore difficult and often controversial issues," he wrote in a statement.

"In order for you to be thinking critically you have to have both sides of the story," she said. "If only one side of the story is brought forth then the facts are skewed and people are not able to think with the full plethora of information, which would lead people to not make an educated decision on where they stand on the political spectrum."

Snyder did caution against taking things at face value.

"It is healthy for any person to be questioning the material that they are consuming and reading," she added. "I think it is a really important thing to get multiple perspectives."

It's up to individual school districts to determine if they want to adopt the textbook into their high school curriculum.