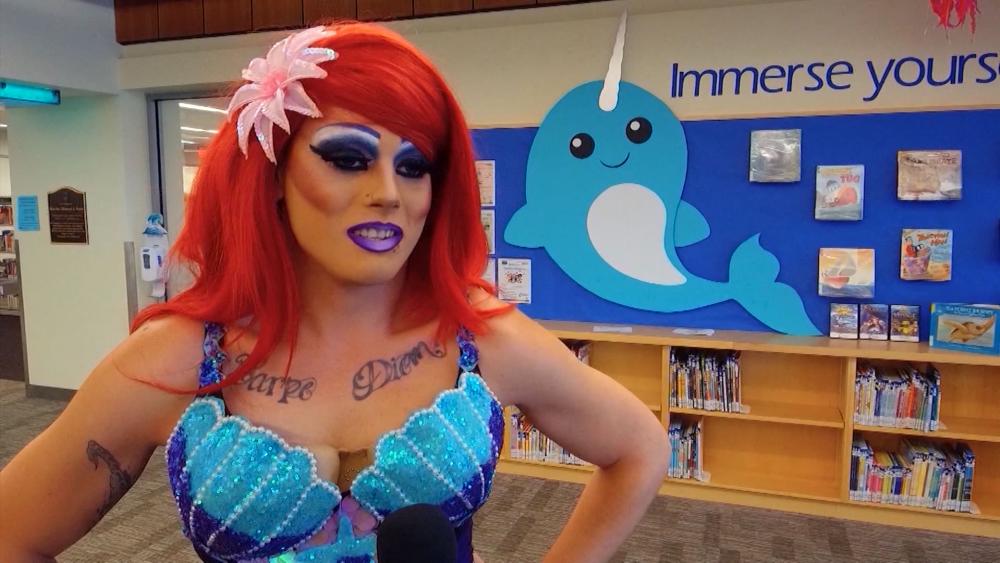 VIRGINIA BEACH, Va. – Drag Queen Story Hour is advertised as an event that 'captures the imagination and play of childhood and gives kids glamorous, positive and diverse role models.'

It is all part of a national initiative with more than 20 chapters across the country.

Princeton professor Robert P. George told CBN News that it's dangerous to use the state to promote ideas that defy normal ideas about gender.

"It's a message about power," explained George. "The group in question, the so-called Sisters of Perpetual Indulgence, is sending a message that they have the power to enter into the public domain, a publicly funded institution, I believe, not a private one, and to essentially hold a catechism class for this new religion that they've created, a religion of hedonism, of self-indulgence, Sisters of Perpetual Indulgence, say a religion of licentiousness.

"You Can Be a Drag Queen Superhero"

At another reading event, a man dressed in drag encouraged a young child to become a drag queen.

"I want to be a superhero," a little girl says in a video from the event.

"Moms and daughters transitioning to the opposite sex together," she says in a video on her Facebook page.  "We've got guys going into girls' locker rooms and bathrooms and drag queens are reading stories to children in public libraries, thereby normalizing this behavior of men dressing up in high heels, a wig, a bra, and copious amounts of makeup.

She continues, "Whatever happened to puppet shows and craft day at the library?"

One parent in Virginia disagrees with that assessment.

More than 20 parents brought kids to the reading event held at the Tidewater Community College (TCC) Joint-Use Library in Virginia Beach, Virginia, where Gillette Black, who is openly gay, dressed as a mermaid and read three books as part of an "Under the Sea" theme.

Black says reading in drag makes it more fun for the kids.

"Just to give them something extra to look forward to," Black told CBN News. "The makeup, the glitter, it's going to keep them more in tuned and more willing to pay attention."

MORE: Hear the story behind this story with Charlene Aaron on the CBN News Daily Rundown Podcast

Library officials said the program highlights a need in its community.

"The library has a strategic plan and one of our big parts of our plan is inclusion and diversity," explained Katie Cerqua, the library system's youth and family services manager.  "We offer about 8,000 programs for children and adults a year and we just wanted to make sure we cover a wide variety of interests and speak to all members of our community. So, this program fell into that strategic action item."

But outraged residents argue the program will harm kids.

Sharon Wiles said, "They're going to get exposed to something they're really not sure about and be confused."

The Activist Mommy describes today's cultural movements as an embarrassing time in our nation's history.

"We have become so open-minded that our brains are falling out," she said.

"Truth and reality and science really mean nothing to the left. People are fighting their true, biological identity and Hollywood and the media are trying to pressure us to celebrate this."