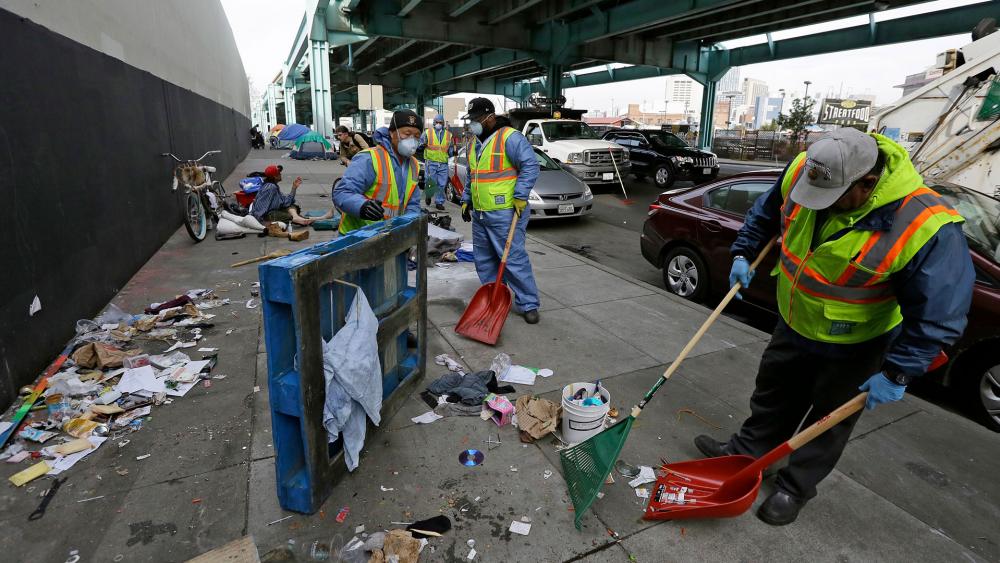 The sidewalks are disgusting. That's what residents say. So now the city of San Francisco has declared war on the streams of urine and piles of feces that can be found daily on city sidewalks. Well, maybe it hasn't actually declared war, but at least it's declared a Poop Patrol. Yes, that's literally what it's being called.

The progressive city's ongoing public potty problems have captured national headlines for years, mainly due to its large homeless population of people who can't afford to live there.

The issue is complicated. But at the heart of the matter is the fact that San Francisco, which has some of the most liberal public policies in the US, is also one of the most expensive cities to live in.

The city offers a lot of government assistance for people who are struggling. For example, in 2016, the city reportedly spent a whopping $241 million on homeless services.

Critics argue that kind of welfare attracts even more homeless people to the fair-weather city. Whether that's true or not, throwing huge amounts of cash at the problem hasn't solved it. "There's no question it has gotten exponentially worse," Supervisor Aaron Peskin told the San Francisco Chronicle. "How the city spends a quarter of a billion a year, I have not figured out. It's not working."

Meanwhile, the paper also reported a few years ago that liberal judges threw out tens of thousands of warrants against quality-of-life crimes, like public urination, meaning the potty problems basically remain unchecked.

The Chronicle has clearly been trying to keep up with this smelly public health hazard for years, reporting that the filthy sidewalks in "The City by the Bay" are the number one complaint by residents. Now we come to the latest news – the city's Public Works department has responded by detailing a team of five employees to patrol and clean the city's walkways using a special vehicle with a steam cleaner.

"We're trying to be proactive," Public Works director Mohammed Nuru told the paper. "We're actually out there looking for it." And by now, you understand what he means by "it."

Mayor London Breed and Nuru came up with the idea of the patrol after conversations in which both expressed their repugnance over the filthy condition of the city's sidewalks.

Just to give you an idea of the magnitude of the problem, city residents have called to report piles of feces more than 14,000 times in less than eight months. That's an average of about 65 calls a day, just to report excrement. Take a look at this map of the disgustingness: 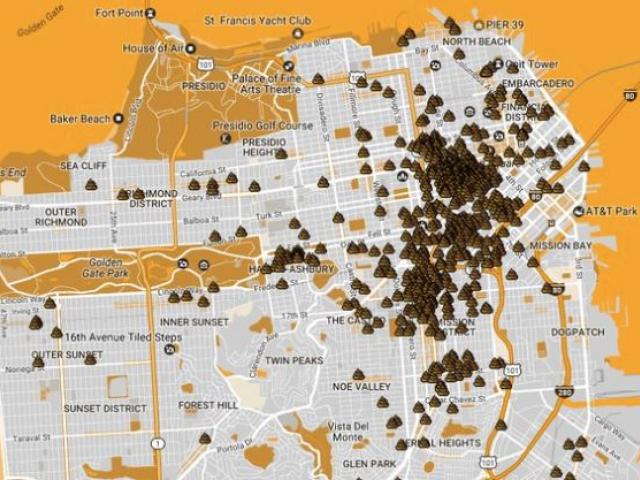 In addition to the Poop Patrol, the city also announced it will install and maintain five more public Pit Stop toilets for the homeless in an effort to prevent them from using the local sidewalks as toilets. Currently, San Francisco has 22 such facilities, but they are not maintained or monitored 24 hours a day.

"We need our streets cleaned up, so I love that they're doing the Poop Patrol," Doniece Sandoval, the founder of Lava Mae, whose company provides mobile showers and toilets for homeless people told the newspaper.

"But there's no doubt about the fact that we need more public bathrooms," she explained. "Everywhere we can, we need to make them available. For our unhoused neighbors and everyone in the city, when you need to be able to find a facility, it shouldn't be this massive challenge."

Clearly, residents of San Francisco are frustrated that the problem has been piling up.