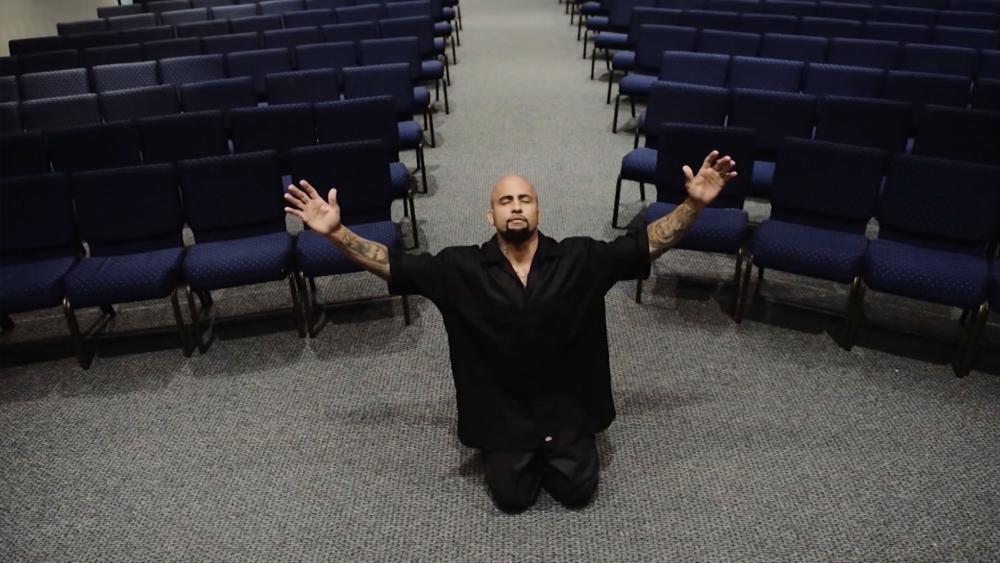 LEISURE CITY, FL – Growing up in Leisure City, Florida was anything but easy for Rene Martinez, also known as "Level."

"I grew up without a dad," Martinez told CBN News. "My mom was in the streets. [She] was into the Santeria, which is like a form of witchcraft, sacrificing animals all over me as a kid and I started seeing demons. They haunted me my whole life."

When Level turned 12, that darkness led him into a life of crime, which included breaking into homes, stealing guns and getting involved in drive-by shootings.

In 1990, he started a gang known as the Latin Syndicate.

"We had almost like 300 members and feds were investigating us," he said. "Half of my homies are in prison. Half of them are dead."

Level's life changed somewhat after he became a dad. To better provide for his family, he pursued bare-knuckle fighting and MMA – Mixed Martial Arts.

"I became a professional fighter as my journey went on in life," said Level. "I was always good at fighting. I started fighting bare-knuckle with Kimbo Slice. I was beating everybody bare-knuckle; we're betting money in the backyards, bare-knuckle, I'm winning. My name got so big that Telemundo came and they offered me a pro contract.

Yet successes in the ring didn't fill the void Level felt inside.

He said, "I had the money. I had the fame. I was doing the gangster music. But I was empty inside."

By this time, Level's mother had become a Christian and had begun praying for him.

In 2016, her prayers were answered when Level had a supernatural experience with God.

"It's like he showed me my whole life in a matter of like five seconds," he said.

"I just got on my knees. I started crying out to God. And when He spoke to me, I knew that if I didn't surrender, I felt like I was going to die."

It has been about two-and-a-half years since that spiritual encounter.

He also ministers to former gang members and is often seen baptizing people in the some of the city's roughest neighborhoods.

"I tell them 'repent and be baptized in the name of Jesus Christ for the remission of sins and you shall receive the gift of the Holy Ghost', Acts 2:38. That's what I preach."

Meanwhile, a documentary called, "The Warrior Level" has been made about Level's life.

Churches are using it as an evangelistic tool and according to the former gang leader, lives are being transformed.

"A lot of people come to Christ cause of my testimony and I'm just honored to be used by God," said Level. "It's a privilege and honor to be used by him. He could have chosen anybody else. I could have been one of the people that died early. But I'm still here and I'm grateful."