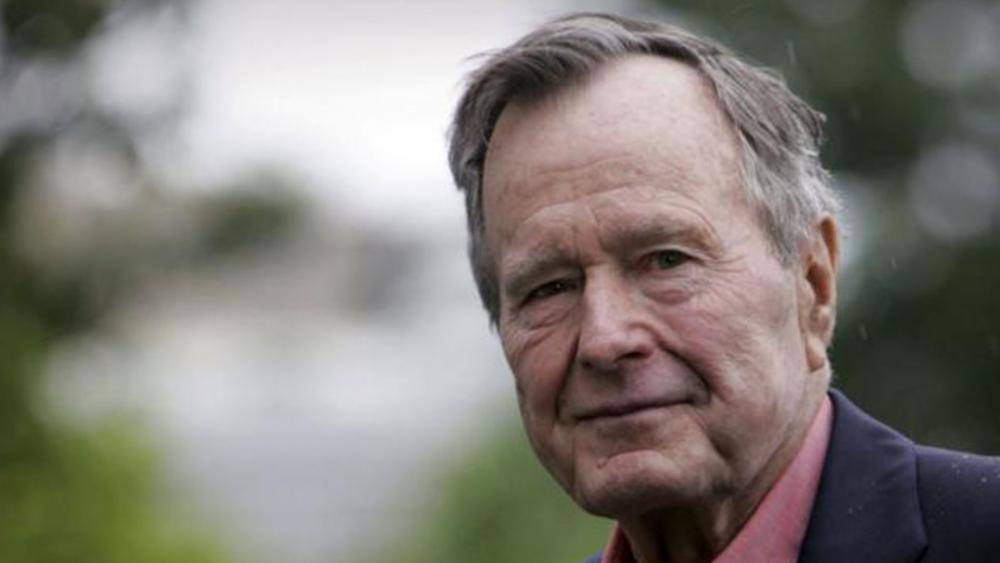 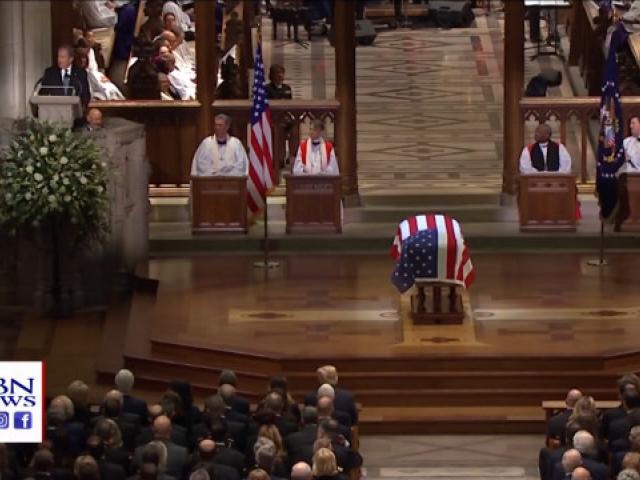 Our CBN News team in Washington provided LIVE coverage and commentary of the funeral on the CBN News Channel which is available in TV markets around the country over your antenna. CBN News has this recap of the day's events from Wednesday evening's telecast of Faith Nation.

Every living president came together on what's officially been declared a national day of mourning. President Donald Trump and First Lady Melania Trump took their seats next to former presidents and first ladies, Barack and Michelle Obama, Bill and Hillary Clinton, and Jimmy and Rosalynn Carter.

WATCH Entire Funeral Service and CBN News Coverage of the Event BELOW:

"Then I saw 'a new heaven and a new earth,' for the first heaven and the first earth had passed away, and there was no longer any sea. I saw the Holy City, the new Jerusalem, coming down out of heaven from God, prepared as a bride beautifully dressed for her husband. And I heard a loud voice from the throne saying, "Look! God's dwelling place is now among the people, and he will dwell with them. They will be his people, and God himself will be with them and be their God. 'He will wipe every tear from their eyes. There will be no more death' or mourning or crying or pain, for the old order of things has passed away."

The 94-year-old served his country as president, vice president, CIA director and World War II veteran. As president, he guided the US through the first Gulf War and the break up of the Soviet Union. Presidential historian and author Jon Meacham gave a eulogy saying, "On his watch, a wall fell in Berlin, a dictators aggression did not stand."

And former President George W. Bush delivered a eulogy for his father, saying he valued faith and family and giving back to your country.

"He looked for the good in each person, and he usually found it," Bush said. "To us, his was the brightest of a thousand points of light."

The 43rd president choked back tears as he called his father "a great and noble man, the best father a son or daughter could ever have."

The service was dominated by numerous powerful, traditional hymns, but there was also a more contemporary song as Christian recording artist Michael W. Smith, a longtime friend of the Bush family, sang "Friends are friends forever."

"It means something because I've been friends with him for 29 years, so the fact that he wanted me to sing at his funeral is just an honor beyond words," Smith told CBN News. "It's special to them. It's special to a lot of people. I just think it's incredible that he loved it and I get to sing it in this incredible cathedral."

Smith's friendship with the Bush family spans nearly three decades. It's during that time he traveled with them to Greece and even spent time with the first family at Camp David. He remembers the former president's "kindness" towards others and how he "considered others more highly than himself."

Smith also told CBN News about seeing President Bush for the last time, a mere three months before he passed away.

"As we were leaving, we just gave him a hug and said, 'We love you. We love you, so good to see you," Smith told CBN News. "And about the time we leaving, he put his finger in the air and had that sparkle in his eyes and said: 'Friends are friends forever.' Deb and I walked out of there thinking this might be the last time that we see him."

Thousands of people streamed through the Capitol Rotunda on Tuesday to pay their respects to Bush, including former Sen. Bob Dole. In a touching moment, the 95-year-old was helped from his wheelchair so he could stand and salute his longtime colleague and fellow World War II veteran.

George H.W. Bush was married 73 years to Barbara Bush who died in April of this year. He will be laid to rest on the grounds of his presidential library and museum, alongside Barbara and the couple's daughter Robin, who died of leukemia in 1953 at age 3.

Our CBN News team in Washington provided LIVE coverage and commentary of the funeral on the CBN News Channel which is available in TV markets around the country over your antenna or in the Norfolk, VA area on Verizon Fios channel 470. We'll have a recap of the ceremony on Faith Nation this evening. 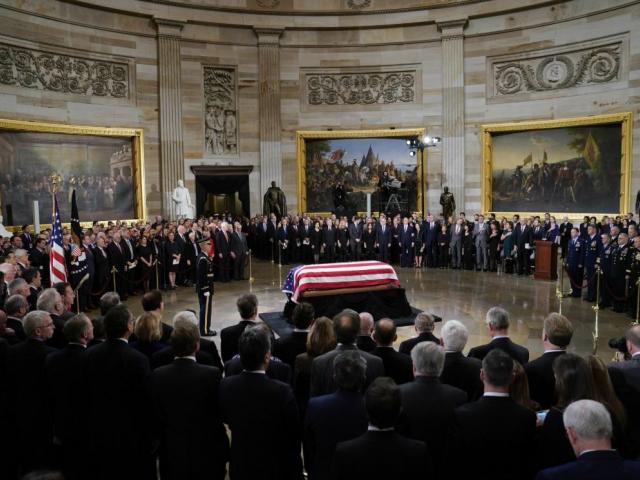 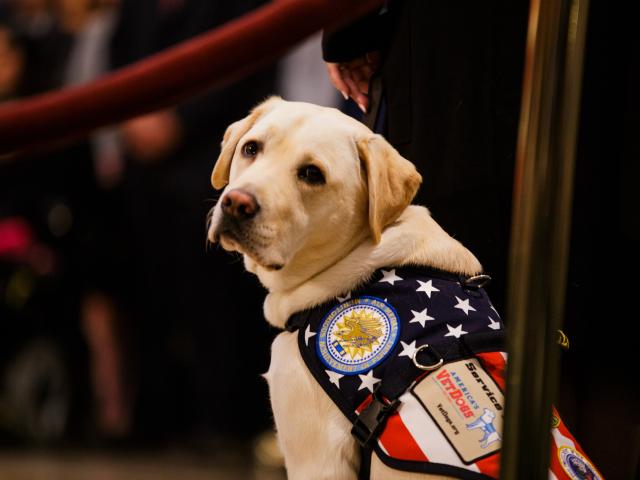 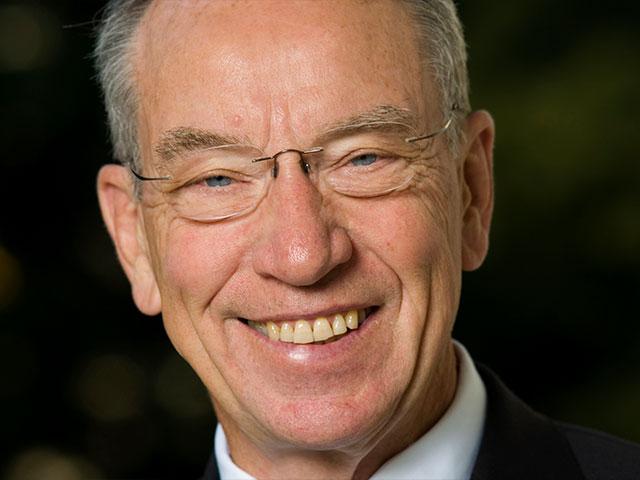 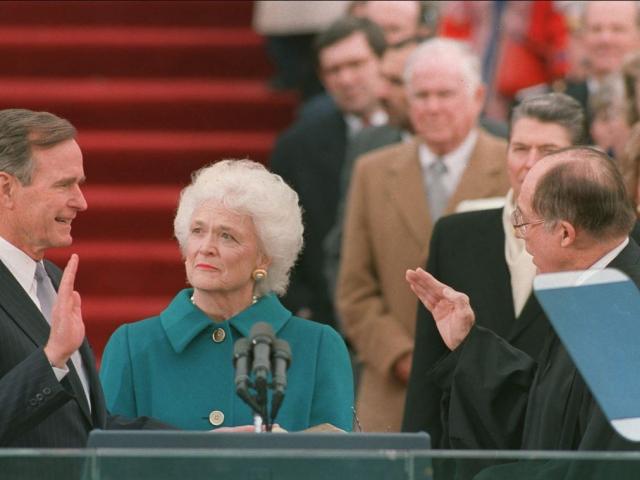