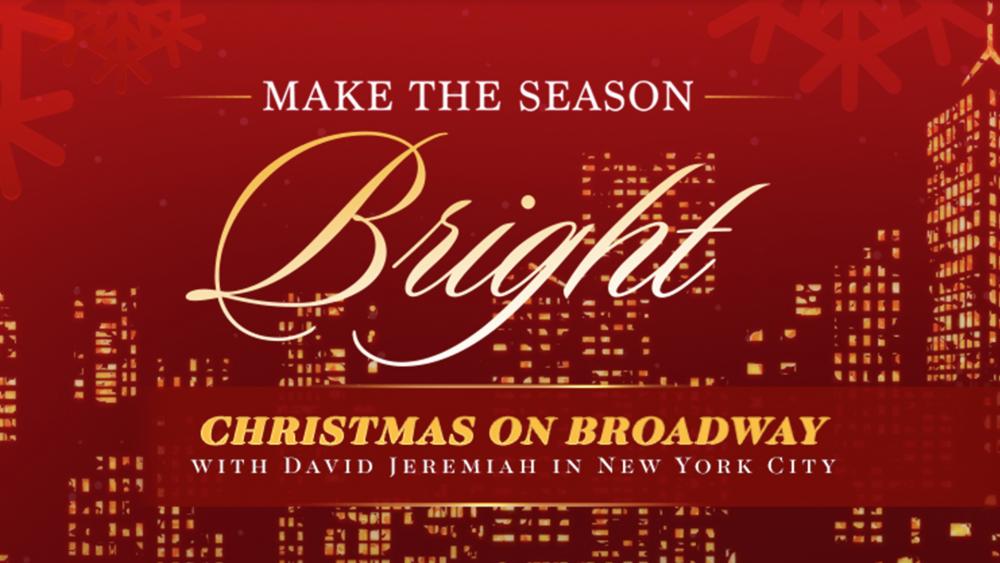 "Make the Season Bright" is a "one day only" Christmas show that runs on December 6 at the historic Beacon Theatre in New York City.

It will feature the talents of the Gaither Vocal Band, Charles Billingsley, Sheila Walsh, Voices of Lee, and others. Plus there will be a special Christmas message from Dr. Jeremiah.

The "Turning Point" pastor says, "This is an incredible time of year where we get to gather together and celebrate all the blessings God has bestowed upon us."

"Christmas is a season dedicated to the gift that keeps on giving – salvation and restoration in Christ – and I'm excited to be a part of a large-scale Broadway event," he said.

Everyone who attends the performance will also receive a special Christmas gift from Dr. Jeremiah.

The Broadway event is sold out, but it's being filmed for television, and you can find out when and where to watch it by clicking here.

We've made it to New York for the "Make the Season Bright" show taking place tomorrow, December 6! Tune in to Facebook tomorrow at 3:30 p.m. PST for a live PRE-SHOW where we'll chat with some of the key performers before the show begins. pic.twitter.com/NsKGOoPBJF

There will also be a pre-show event on Facebook Thursday at 3:30 p.m. PST where you can hear from with some of the key performers before the show begins.