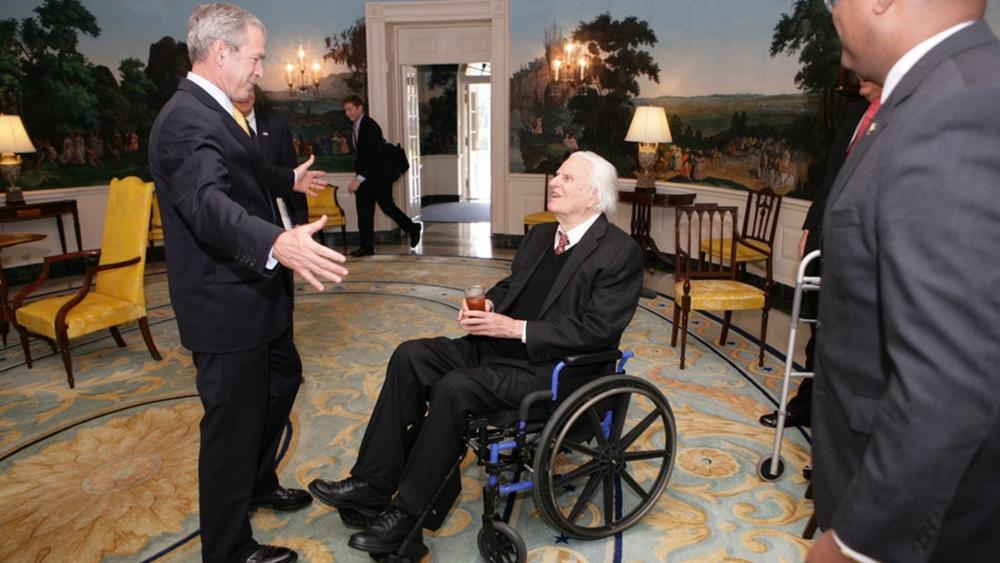 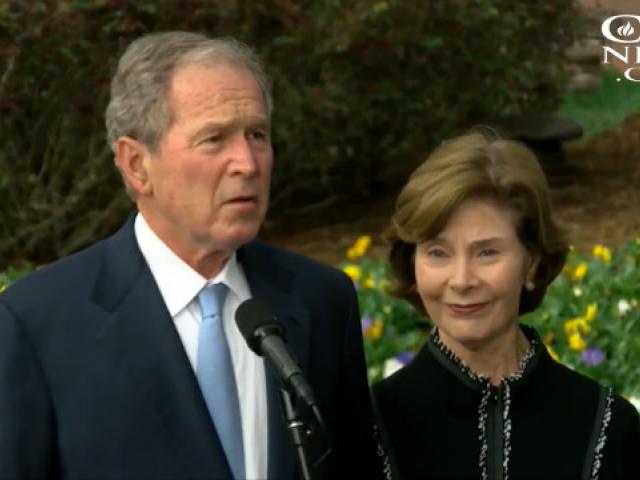 President George W. Bush, who credits Billy Graham with helping him quit drinking and begin his spiritual walk with God, paid his respects to the late evangelist Monday.

Bush and his wife, Laura, were greeted by Franklin Graham at the entrance to the Billy Graham Library and escorted into the homeplace where the casket is on display.

In recent article in the Wall Street Journal, Bush wrote, "God's work within me began in earnest with Billy's outreach. His care and his teachings were the real beginning of my faith walk — and the start of the end of my drinking."

Bush says he first met Graham in 1985, when he paid a visit to his grandmother — but it was shortly after that when he had his own personal encounter with Graham.

In his memoir, Decision Points, Bush recounts the moments he spent with Graham that he later says changed his life.

"I was captivated by him," Bush wrote. "He had a powerful presence, full of kindness and grace, and a keen mind."

Bush said during their walk together, he mentioned to Graham that maybe he would be a better person if he read the Bible. Graham replied, "One should strive to be better, but we're all sinners who earn God's love not through our good deeds, but through His grace."

Bush wrote, "It was a profound concept, one I did not fully grasp that day. But Billy had planted a seed."

Not long after in 1986, Bush says he found the strength to quit drinking.

"I couldn't have given up alcohol on my own," he wrote. "That strength came from love I had felt from my earliest days and from faith I didn't fully discover until my later years."

In his article, Bush goes on to detail other memorable moments he had with Graham. Witnessing him at one of his crusades in San Antonio, remembering the service Graham delivered at Washington National Cathedral after the September 11 terrorist attacks, and thinking back to faith-filled conversations around the dinner table that ended in a call to Graham for insight.

In closing Bush wrote, "Those of us who were blessed to know Billy Graham benefited from his deep convictions and personal example, his wisdom and humility, his grace and purity of heart. We knew that his life was a gift from the Almighty. And I rejoice that he is now in the company of God, whom he loved so much and served so well."

Bush paid his respects and visit the Billy Graham Library in North Carolina on Monday afternoon.

"A great man, a humble servant, and a shepherd to millions has passed on. Billy Graham was a consequential leader. He had a powerful, captivating presence and a keen mind. He was full of kindness and grace. His love for Christ and his gentle soul helped open hearts to the Word, including mine. Laura and I are thankful for the life of Billy Graham, and we send our heartfelt condolences to the Graham family."