Remembering the Billy Graham Crusades That Led People to Jesus 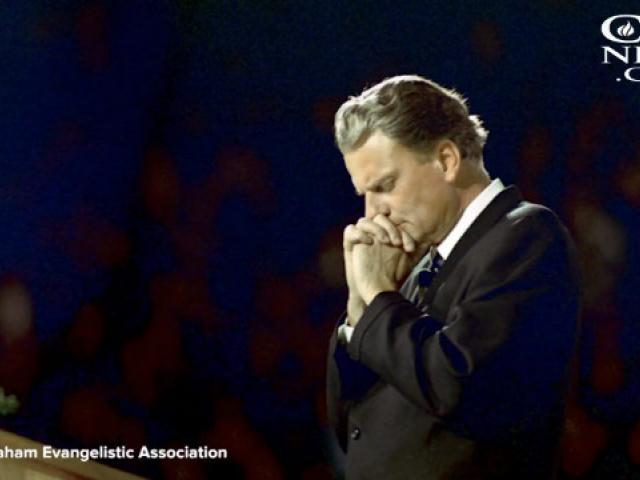 Remembering the Billy Graham Crusades That Led People to Jesus

For many years during the ministry of Billy Graham, there was one word that always followed his name -- Crusade.

The Billy Graham Crusades were revival meetings conducted between 1947 and 2005, during which Graham participated in 417 crusades in 185 countries and territories on six continents.

The first Billy Graham evangelistic campaign, held September 13–21, 1947, in the Civic Auditorium in Grand Rapids, Michigan, was attended by 6,000 people.

During his evangelistic meetings, he frequently used the altar call song, "Just As I Am".

Click on the player above to see the short video and hear "Just as I am" sung by George Beverly Shea.