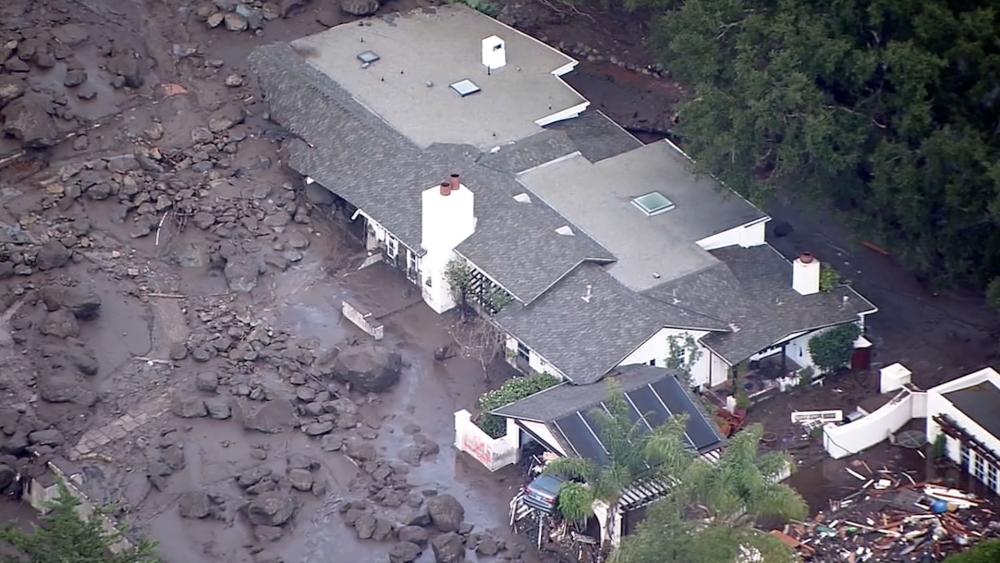 Hundreds are still trapped without water or electricity after massive mudslides caused by heavy rains and flash floods devastated an area near Santa Barbara, California.

The death toll early Saturday rose to 18 people, ranging in age from 3 to 89, and another 7 were still missing around the town of Montecito where hundreds of people are still surrounded by more than a foot of mud.

Since Tuesday, hundreds of emergency workers, friends and family, have been trudging through mud looking for people amidst the destruction.

"Oh Lord, I am praying for the sweet town of Montecito. Please God may all the missing children be reunited with their parents. The stories are so heartbreaking. Thank you to all the search and rescue teams, firefighters, and everyone helping."

Oh Lord, I am praying for the sweet town of Montecito. Please God may all the missing children be reunited with their parents. The stories are so heartbreaking. Thank you to all the search and rescue teams, firefighters, and everyone helping. How can we help? #montecito #borrowedpictures @laurenjol @shelenebryan

Josie Gower's daughter Hayden, is among the missing.

"Why did she go downstairs?" exclaimed the distraught father as he searched through the remains of his ruined home.

Helen Murdoch, a resident of Santa Barbara, described the damage done by the mudslides this way: "I would say it's apocalyptic."

Robert Ruskin has been searching for his mom for over 48 hours.

"You know, it's my mom and I'm fighting with all my heart to find her but I can't focus too much on, she's most likely dead out here, you know, and just push my way through," an emotional Ruskin told reporters.

The mud and debris buried hundreds of homes so deep that in some places, only the chimneys are visible.

Oprah Winfrey, who just days ago won the praise of Hollywood with a Golden Globe lifetime achievement award, is now being directly affected by the damage. She posted a video to her Instagram page showing the level of damage around her home.

Thanks everyone for your prayers and concern. My property is fine.Some mud , and minor damage that pales in comparison to what my neighbors are going thru. #mudslides

"This is how deep the mud is," Winfrey can be heard saying on the video.

What a day! Praying for our community again in Santa Barbara. Woke up to this blazing gas fire. then swipe left to see how deep the mud is in my backyard. Helicopters rescuing my neighbors. Looking for missing persons. 13 lives lost. #Mudslides.

"My neighbor's house is devastated," she added.

Dramatic video shows California man rush inside to wake his parents, helping them to safety as flash flood comes roaring down their street. https://t.co/DFak57TXu6 pic.twitter.com/b7zEwG3BDm

"We sheltered in place in a hallway towards the back of the house," Farrell described.

A huge amount of rain fell in a matter of minutes on hills and mountain slopes scorched by last month's massive California wildfire.

There was nothing left on the land to stop the wall of water as new video shows the mudslide's power and speed.

".86 of an inch in 15 minutes is an unprecedented rainfall on any ground surface, much less a fire-burned watershed," Tom Fayram, a Santa Barbara County official told reporters.

At least 400 homes have been damaged or destroyed. 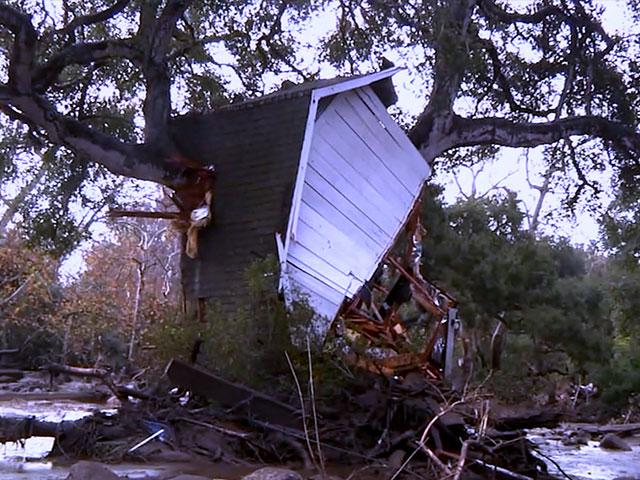