WASHINGTON – There's been a big break for those who have any connection with health care who might have faced troubles because of moral or religious objections they had against something they were asked to do.

They’ll have a big, powerful friend in the new Conscience and Religious Freedom Division set up by the federal government’s Health and Human Services (HHS).

HHS’ Roger Severino, director of its Office of Civil Rights, said on a media call, “For too long governments big and small have treated conscience claims with hostility instead of protection. But change is coming and it begins here and now.”

‘A Turning Point in America’

He pointed back to one of President Trump’s major goals.

“On May 4th, 2017, we reached a turning point in America,” Severino explained.  "On that day, President Trump issued a religious liberty executive order and changed the course of the federal government on the issue of religious freedom.”

He said of Trump, “He promised to vigorously enforce federal law and its robust protections of religious freedom. He said we’re a nation of tolerance, and he said we will not allow people of faith to be targeted, bullied or silenced.”

Severino announced the forming of HHS’ new Conscience and Religious Freedom Division is "a major step forward in fulfilling this promise.”

Because this is a new division in the government’s main health department, it won’t get involved in such cases as bakers, florists and photographers in trouble with the law or government for religious stands, such as refusing to celebrate gay marriages.

“We enforce conscience protections in the healthcare field,” Severino explained. But he promised more protection in that field, saying, “Unfortunately, these protections have been under-enforced in the past.”

But now, he insisted, “We are back in business.”

One example where the Obama administration had been slack in protecting workers involved those who for religious or moral reasons wanted no part in performing or assisting with abortions.

Severino stated, “Whatever you may think about the question of the legality of abortion, the American people should not be forcing others to assist, perform, offer referrals in abortion."

When the U.S. Supreme Court legalized abortion nationwide with the 1973 Roe vs. Wade ruling, Congress responded with laws to protect those health care workers from discrimination and prevent them from getting screened out of the medical profession.

But that’s exactly what’s happened in numerous cases in the last few years.

As David Christiansen of the pro-religious rights Family Research Council put it, "Unfortunately, the prior administration narrowed their interpretation of current laws related to pro-life conscience protections, and ignored the threat posed against doctors, nurses, and even churches that lost pro-life health coverage."

No more, Severino insisted, saying, “Nobody should be required to give up their religious belief or their moral convictions as a condition of trying to help others through health care.”

Christiansen reacted, “We’re encouraged that this administration is taking non-discrimination laws seriously and will begin to investigate cases where the government has punished pro-lifers.”

Severino suggested this fight against discrimination over religious objections is one that goes all the way back to the start of the United States.

A Fight the Founders Fought

“The founders of our nation knew that if you respected conscience, you’ll end up with a more diverse and a more free society,” he said.  "This goes back to traditions from the very beginning when Quakers were exempted, for example, from military service on questions of conscience.”

Many in the Trump administration believe the protection of conscience and religious freedom has gotten short shrift in recent years.

As Severino put it, “This civil right, in many ways the founding civil right because it is in our First Amendment, deserves at least as good treatment and at least as much energy and dedication as every other civil right."

Those involved one way or another with the health care field who feel they’ve faced discrimination can reach out to this new Conscience and Religious Freedom Division at www.hhs.gov/ocr/complaints . 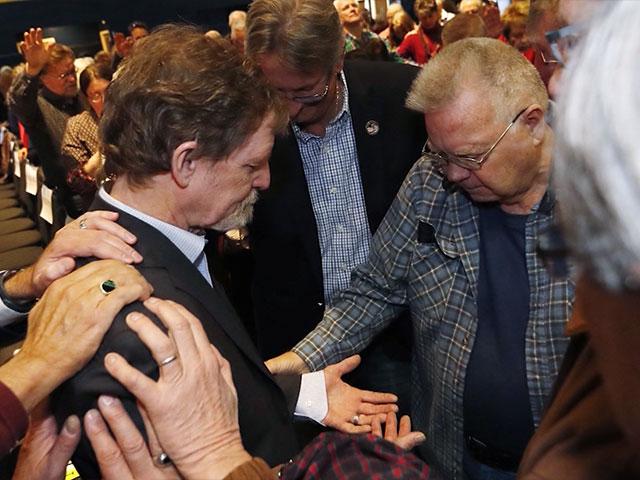 The Death of Religious Freedom: 'We Have a Public Who Doesn't Understand What's Going on Behind the Scenes'