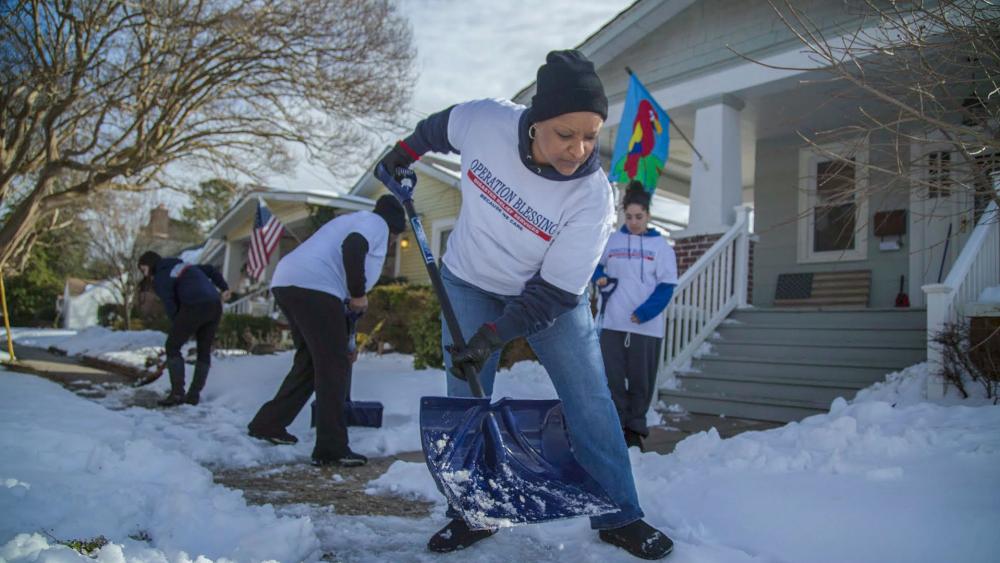 Here at CBN, Operation Blessing's US. Disaster Relief team spent the weekend helping people who were in dire situations in Hampton Roads dig out so they could get to life-sustaining medical treatments.

Hundreds of people needed dialysis, chemo, or were nurses who needed clear paths to get to work to care for patients. Teams also assisted the elderly, disabled and those who did not have any way of helping themselves.

"We had so many 'God moments' with these precious residents as we prayed with them, loved on them and let them know that they were not forgotten or alone," OB USDR Vice President Jody Gettys said.

Operation Blessing even sent out a snow plow to make a clear path for ambulances.

The OB Snow Buddies program started in 2014 when the emergency manager from the City of Norfolk reached out to Operation Blessing during a snow storm much like this one, asking if Operation Blessing could rally volunteers to help.

Now, the program has proven to be a truly "life-sustaining" and life-saving program.

In all, CBN's Emergency Center received over 700 calls over the weekend, not including text messages and emails.

Now weather officials are saying a warm-up is on the way. By the end of the week, temperatures could climb into the 50's in some states.