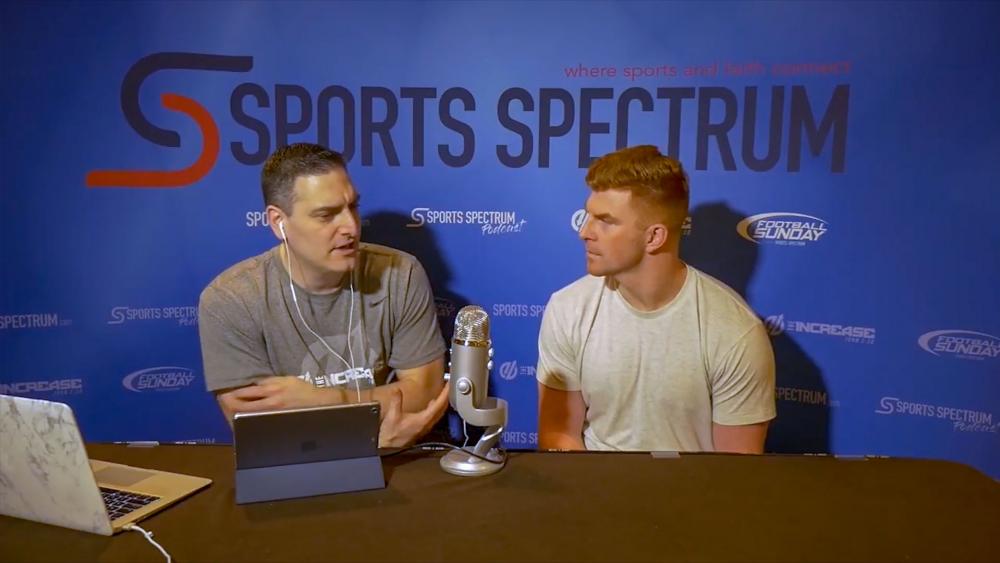 BRISTOL, Conn. – A small faith-based media organization is establishing itself as a go-to for Christian athletes with a story to tell. It's called Sports Spectrum.

Athletes go to Sports Spectrum so the most important part of their story gets out to the fans.

Sharing the Most Important Part of Their Stories

"These athletes are coming to us and saying, 'We want to tell this story, but Jesus is a part of who we are, that's the center of what we are and we want to make sure that's in the conversation.' So when an NFL player comes to us and wants to announce his retirement and does it through Sports Spectrum the reasoning is because he wants that faith element left in there, not taken out," Romano said.

While its magazine is often described as a "Christian Sports Illustrated," Sports Spectrum served a rather small audience. In order to change that, the 30-year-old company looked to ESPN and recruited Romano to expand their brand.

"I had a lot of great relationships with a bunch of different athletes at ESPN, many who were Christians. So when I left I was able to tell them about this thing called Sports Spectrum and what we were doing," said Romano.

He now interviews professional athletes on a regular basis, sharing their faith stories with the world. He knows the type of vulnerability he's asking of them because he's been public about his own journey.

"In 2014, for the very first time, I was asked to speak to a men's group about 30 minutes from my house here in Bristol, Connecticut. That was the very first time that I ever shared, and from that, a couple other small speaking things opened up...through those couple things I started to share stories, including the story of my father and forgiveness," Romano explained.

In talking about his own life, he realized the gift of true storytelling.

"When we share our stories it allows other people to feel and understand and relate. It allows them to enter into this place where they can start to heal in their own brokenness," said Romano.

It's a concept he tries to get across when interviewing athletes.

"When you can pull that out of them, ask the right question or get them to open up, it really leads to a deeper level of discussion that is powerful. I can't tell you the number of people who have listened to our interviews or our podcast and then tweeted at me or emailed me and said, 'Listen you don't know how this has helped me, this is amazing,'" said Romano.

Healing of a Broken Relationship

His book is called Live to Forgive, and it chronicles his life with an alcoholic father.

"My dad and I had a broken relationship for 40 years...then I became a Christian in 2001. I gave my life to Christ and I started walking with him, but even after that, I knew what forgiveness was about, I knew that was the crux of what Jesus did on the cross – forgiving us of our sins. I told people about that, I wanted people to hear about the message of salvation through Christ and yet in my own personal relationship with my dad, I couldn't extend that forgiveness to him," said Romano.

Then his father reached a point so low he attempted suicide. It was then that Romano saw God and his dad in a new light.

"God looks at my dad on the same playing field, even loves him just the same as he loves me. That was the moment that I had this empathy towards him and saw how Christ truly does love every single one of us – and I had to forgive him," he said.

That set Romano free and he's seen people undergo a similar experience after they hear his story and those of the athletes he interviews.

While Romano says he never thought he was called to be a storyteller, God clearly had other plans.