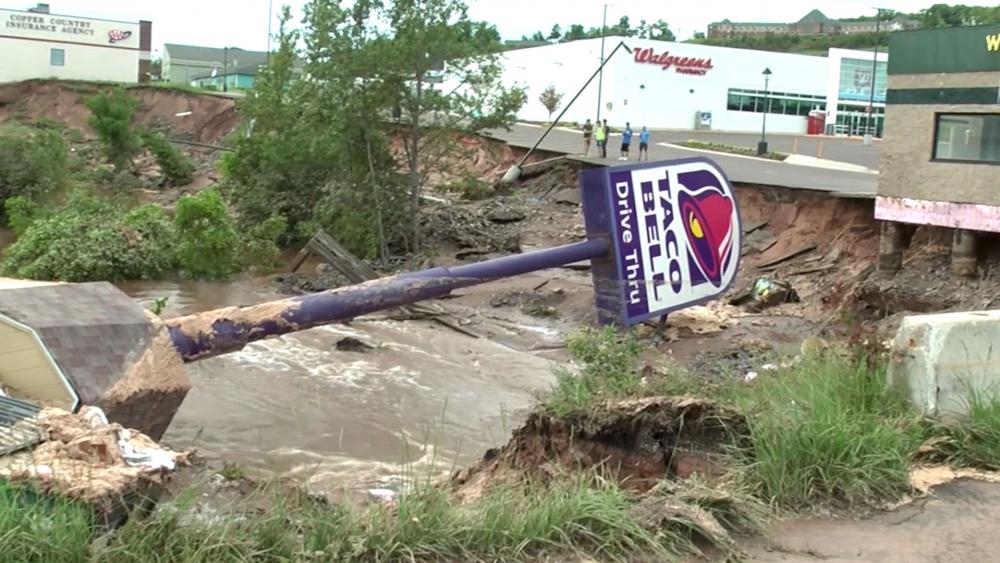 The first heat wave of 2018 is making its way across the country, breaking records and raising alarms.

In this kind of heat, auto and power plant emissions combined with ozone can cause breathing issues for children, the elderly and people with pre-existing health issues.

As a result, air quality alerts have already been issued in New York, Pennsylvania and southern New England.

Monday temperatures reached new highs, and in some parts of the Northeast, schools actually closed for the day.

Storms in parts of the region are bringing relief with much cooler temperatures today, but the Carolinas and Virginia will still be blistering.

In the Midwest, rain is the problem. A state of emergency has been declared in Wisconsin after a dam failed. Down-river the water spilled over a bridge, causing parts of it to collapse.

That bridge was just repaired a few weeks ago. "They just put a new patch here last week, from a washout two years ago – bad storm – just got it all repaired and now we're back to square one," said one resident.

There's no end in sight for the rain in the Midwest. Flood watches remain in effect and it's expected to continue through Thursday.