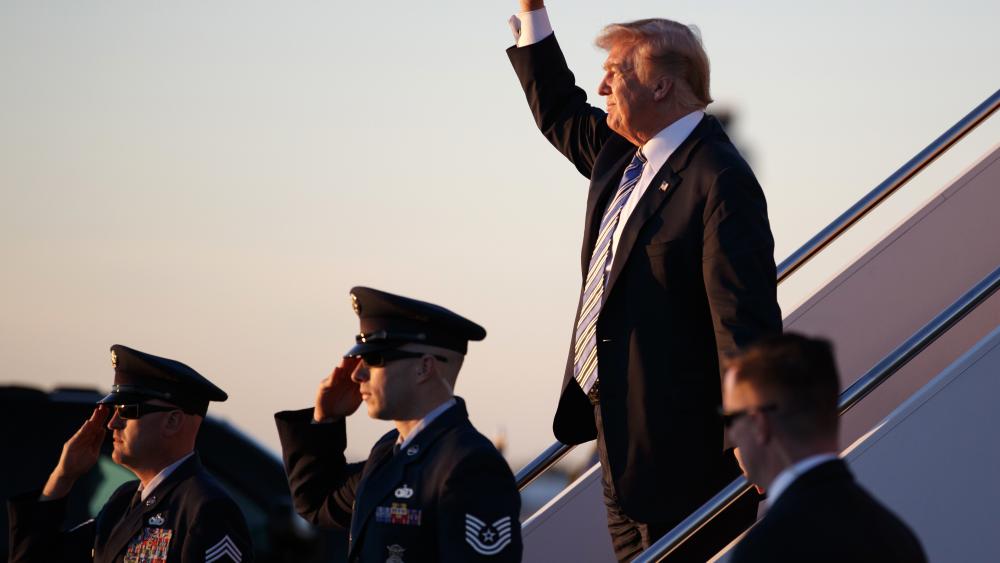 Late Friday night President Trump issued an order prohibiting most transgender troops from serving in the military except in special circumstances.

Secretary of Defense James Mattis and Secretary of Homeland Security Kirstjen Nielsen concluded that "retention of individuals with a history or diagnosis of gender dysphoria—those who may require substantial medical treatment, including through medical drugs or surgery—presents a considerable risk to military effectiveness and lethality," the White House said in a statement.

Under the Obama administration, the military adopted a policy of allowing transgender troops to serve openly. Trump first announced he would overturn the policy in 2017, triggering legal challenges and federal court rulings forbidding a ban on transgender troops.

Democrats and LGBTQ groups criticized the decision. In a tweet, House Democratic leader Nancy Pelosi called the ban "hateful" and designed to "humiliate our brave transgender members of the military who serve with honor and dignity."

The Human Rights Campaign accused the administration of "anti-transgender prejudices."

Tim Head, executive director of the Faith and Freedom Coalition, applauded Trump's directive to disqualify transgender persons from serving in the U.S. military.

"President Trump, Secretary Mattis, and Homeland Security Secretary Nielsen have rightfully determined that military readiness takes precedence over special privileges for individuals who suffer from gender dysphoria," he said in a statement.

Tony Perkins, president of The Family Research Council, a Christian public policy group, has supported the president's stated desire to overturn the transgender policy since he publicly declared it in a tweet last year.

“President Trump is moving the military away from the crippling policies of the Obama era that left our nation’s defenses at its lowest levels of readiness since before WWII. He recognizes that the last thing we should be doing is diverting taxpayer dollars from mission-critical training to funding for controversial gender reassignment surgeries and transgender sensitivity training for service members. The president is keeping his promises and advancing policies essential to keeping our military strong and our country safe,” the statement continued.

According to The Associated Press, the Pentagon has not released data on the number of transgender people serving, but a Rand Corp. study previously estimated between 1,320 and 6,630, out of 1.3 million active-duty troops.