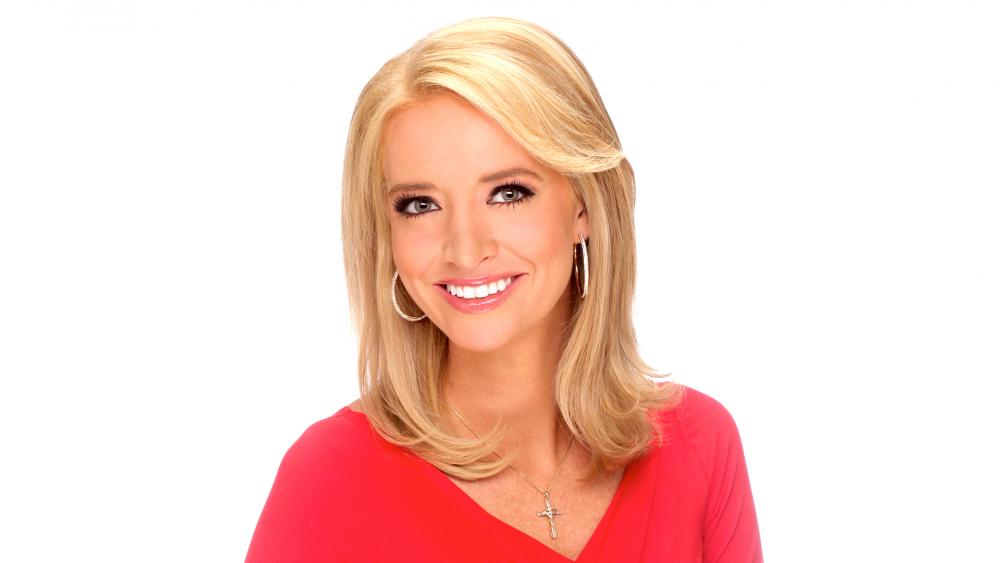 WASHINGTON — The results of the 2016 election took many people by surprise, but one political pundit says she was confident throughout the campaign that Donald Trump would be victorious. In her book The New American Revolution: The Making of a Populist Movement, Kayleigh McEnany details what she learned from speaking with Americans across the country, and why she thinks the landscape of political campaigns is forever changed.

Following the 2016 election, Kayleigh took a job with the Republican National Committee and wanted to know more about what motivated Trump voters to support such an outsider for president. As she traveled the country talking to Americans about major issues – like terrorism, immigration, and religious freedom – Kayleigh found that instead of relying on politicians for answers, they leaned on Jesus Christ.

"When Government Didn't Show Up, God Did"

"When government didn't show up, God did in a very powerful way and I'm a Christian myself, I didn't set out to find Christians - but the men and women I've found who've gone through such unbelievable hurt, God reached out to them, Jesus Christ, and got them through their darkest hour," Kayleigh told CBN News.

Kayleigh says she feels like God was leading her to the people she interviewed in the book.

"God was at work in this book in The New American Revolution – that was so clear to me with each person I met," said Kayleigh. "I interviewed four families who had lost loved ones, and every single person I asked, I said do you happen to be a person of faith? I started catching on to a trend and they said, of course, Jesus is what got me through."

The book starts with the untold story of Kim Copeland who lost her husband, Sean, and son, Brody, in the Nice, France, terror attack which took the lives of 85 people.

For the next 90 minutes, as he waited for medical care, Sean repeatedly asked his family about his son.

"His last words on this earth were 'I know where Brody is,'" said Kayleigh. "Kim said to me that in that moment she knows that Sean saw Brody in heaven and Brody said 'daddy come be with me.'"

The family already sees more of God's handiwork in their story, with Kim starting a scholarship in honor of her late son to help others.

"To see how amid hurt, her first thought was to bless others, it was a story of redemption and hope and Christ at work in the darkest, darkest hour of someone's life," said Kayleigh.

Kayleigh doesn't just share stories from others about issues facing our country today. She also writes about her experiences as an outspoken conservative at Georgetown University and Harvard Law School.

"You're not allowed to speak if you're a conservative at Harvard or elsewhere on campuses across this country," claimed Kayleigh.

Kayleigh decided early on in the 2016 campaign the outlier candidate, Donald Trump.

Kayleigh's days of feeling outnumbered views were only beginning. After graduating law school, she joined CNN as a commentator and often found herself as the sole conservative on panels of 6-8 people, yet Kayleigh says she never felt alone.

"Faith is the answer and knowing that when I argued that Jesus was sitting there with me, and it wasn't just me against eight, there was at least two against eight," said Kayleigh.

It also helped when she learned while she might have been one of the few Republicans; Kayleigh was not the only Christian.

"I hear this voice ring out 'Kayleigh, I love your cross,' and it was said publically and in front of everyone in the green room," recounted Kayleigh. "And it was Van Jones, who is someone I might not agree with but is someone who is a Christian and someone who's a man of faith. Little did he know that when he said that to me, 'I love your cross,' it was the same day that someone I know had asked me to take off my cross for my supporting Donald Trump."

On election night at CNN headquarters, Kayleigh watched as moods quickly changed from excitement to shock.

"I don't think the press has learned anything since the 2016 election because the same tactics they use, which was to marginalize the president, to call him racist and xenophobic and any word they can come up with – the same thing they did to Ronald Reagan, that's still the talking point, that's still the order of the day with the press."

Advice to the Media: Leave the Newsroom and  Go Speak to the People

As she celebrated the Trump victory that night, others at CNN quietly let her know they, too, supported the new commander in chief.

Her advice to the media: leave the newsroom.

"I still think that many members of the media haven't left the confines of that newsroom and gone out and spoke to the American people," explains Kayleigh.

As the spokeswoman for the Republican National Committee, Kayleigh regularly talks about the President's actions and agenda on multiple platforms. She believes there is a side of him the media doesn't see or let their viewers see.

"Ben Carson says after that Access Hollywood tape came out, before that heated debate – he saw Donald Trump pray for forgiveness and he said that this is someone who is a man of faith," recalled Kayleigh.

Kayleigh hopes that in a time of deep political division in our country, readers will see the stories in her book and remember while politicians may fail them, they can always trust in God.