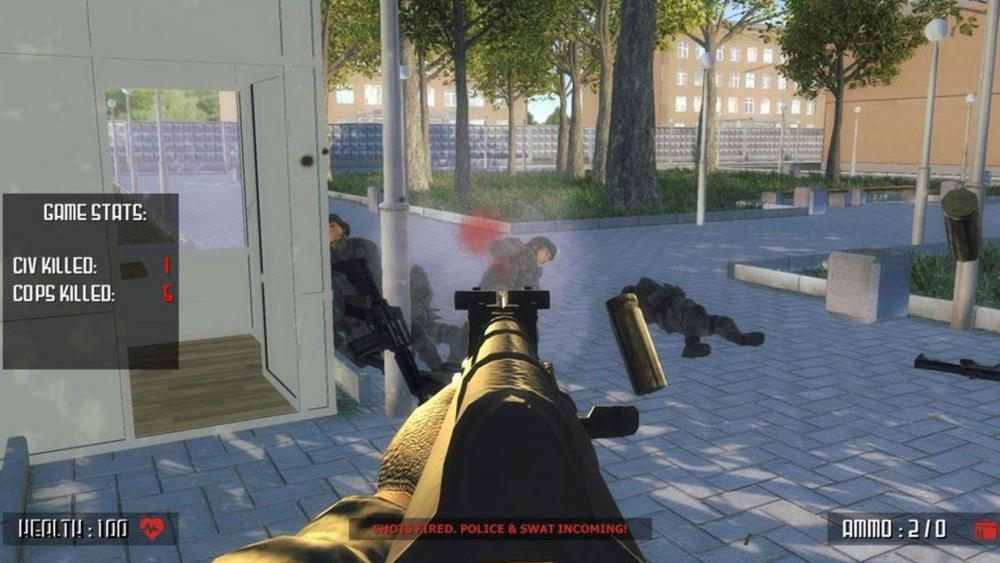 A new video game that lets players re-create school shootings by stalking school hallways and racking up kills is being condemned by parents and lawmakers.

The game called "Active Shooter" is slated to be released June 6.

It's branded as a "SWAT simulator" and allows players to choose between taking on the role of a SWAT team member trying to stop a school shooting or the role of the shooter.

"They're trying to profit off of it, and I think it's disgusting," said Lori Alhadeff in an interview with NBC News.  Her daughter Alyssa was killed in the shooting at Marjory Stoneman Douglas. "We're trying to prevent this from happening again, and they're encouraging it. It is despicable. It is vile."

In a statement to CBN News, Andrew Pollack, whose daughter Meadow was also killed at Stoneman Douglas said, "The violence in video games desenitizes young people.  The last thing we need is a simulated training on school shootings. Video game designers should think of the influence they hold. This really crosses the line."

"This is inexcusable," Nelson said on Twitter.  "Any company that develops a game like this in the wake of such a horrific tragedy should be ashamed of itself."

This is inexcusable. Any company that develops a game like this in wake of such a horrific tragedy should be ashamed of itself. https://t.co/jjp6LxNWhC

"This is the kind of garbage the entertainment pushes," Austin Valentine said on Facebook.  "Sad, very sad!!!!

"Video game where you can pretend to go into a school and shoot people," she said.  "Guns are not the problem. What our society has accepted as okay is the problem."

CBN News has reported in the past how violence in video games can desensitize youths to real violence, take away empathy for others, and can lead to violence.

'Active Shooter was created by the company Acid, which claims the game does not promote violence.

"Since this games storefront has been live, I have been stormed with accusations and heavy critics from people across the globe," reads a post on the game's Steam page.  "While I see everyone's points of view and where are they coming from - I wanted to clarify a few things:  First of all, this game does not promote any sort of violence, especially any soft of a mass shooting."

Acid goes on to say, "After receiving such high amount of critics and hate, I will more likely remove the shooters role in this game by the release, unless if it can be kept as it is right now."

The game's developer, Revived Games includes a disclaimer on its store front stating, "Please do not take any of this seriously. This is only meant to be the simulation and nothing else. If you feel like hurting someone or people around you, please seek help from local psychiatrists or diall 911 (or applicable).  Thank you."

Meanwhile, more than 57,000 people have signed a petition to ban the game.

'Our Culture Doesn't Value Life': Here's the 'All the Above' Approach That's Needed to Stop School Shootings

Rated 'A' for 'Assault': Video Games and Your Kids

What Every Parent Needs to Know About Video Games

God and Gaming: The Invasion of Christian Video Games