A new viral video marketed as a parenting tool, shows adults trying to teach their children gender fluidity is real, but the kids don't appear to be buying it.

The children are clearly surprised, confused and doubtful when parents make outlandish statements during the five-minute, highly-edited piece of footage.

For example, during one portion of the YouTube video, a little boy asks his mother how many genders there are, to which she responds, "infinity."

"What?" the child asks incredulously.

"Is this confusing?" the mother asks. "Yes," the boy and his brother respond, adding, "Very."

Kids are seen trying to make sense of this statement: "There are people who don't really identify as a boy or a girl. They are in that middle space. So you could be superwoman, like really girly, or super manly. Then there are probably a lot of us who are just kind of floating somewhere in the middle."

The children are corrected for espousing traditional gender stereotypes. For instance, a mother asks her very young son to describe "boy things," to which he says, "strong, fearless." The mother then tries to prove that stereotype wrong by making her little boy arm wrestle her and she easily beats him. The lesson the mother appears to want her son to learn is that he, a boy, is not so strong after all, certainly not stronger than her, a female.

"So clearly that doesn't work," she tells him. She makes no mention of the fact that he's a little boy and she's a grown woman, approximately twice his size.

Other video sequences show parents trying to convince their own children they are likely not the genders they think they are.

However, the kids at times push back on the notion, such as during the exchange between a little girl and her father, who said just because she was born female "doesn't mean that is the gender you are going to be."

"I am not a boy," the daughter informs her dad.

But her father doesn't accept her statement. "How do you know that?" he asks.

"You just know," she explains, "You shouldn't have to think twice."

Many children on the video appear to have been coached, with some seemingly repeating statements and concepts they rehearsed with their parents before filming. Viewers might feel the children are just trying to make the adults happy and will say whatever it takes to do so.

The viewers of the video may also feel sorry for the children, such as during an exchange when a woman informs her daughter that the mother is "trans binary" and is going to have surgery. "All of this is gonna be gone," the mother says, gesturing to her breasts. The little girl admits the prospect of the operation is "a lot scary."

Some health professionals say pushing gender issues on children can be harmful and recommend waiting until adulthood before addressing things like transgender.

"The third chapter of the book I simply quote people who've made public videos telling their testimony," he said, "What it was like for them, transitioning, not finding the wholeness and the happiness that they sought, and then the process of de-transitioning and attempting to re-identify with their body. And these stories are tragic and they're heartbreaking."

Anderson says his book reports what you won't see in the mainstream media. "The media will report with hour-long specials on the people who transition who are happy with that transition. The media never mentions the people who regret it and then de-transition." 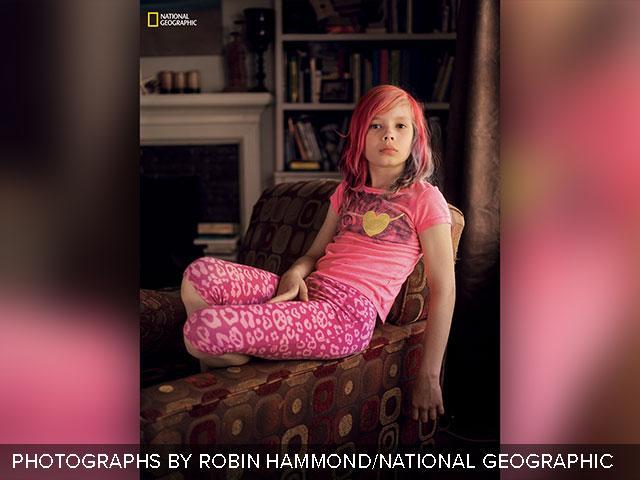