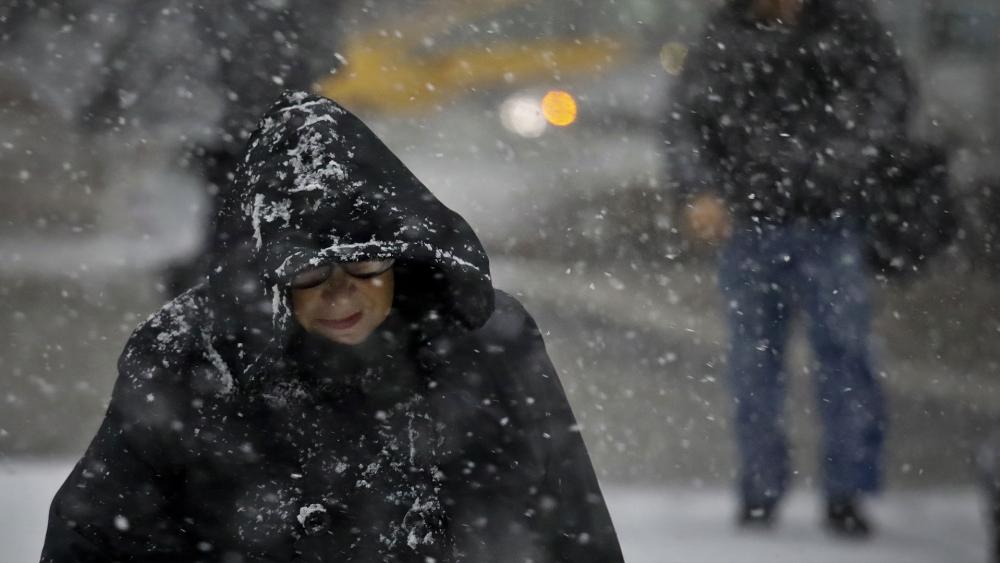 NEW YORK (AP) - The first snowstorm of the season to hit the New York City area brought several inches of snow, slowing Thursday's evening commute to a crawl, after contributing to at least seven deaths as it swept across the country.

From St. Louis to the South and into the Northeast, snow, freezing rain, and in some parts, sleet, made driving tricky and closed schools Thursday.

In New York City, the wet snowfall and wind gusts Thursday downed numerous tree branches. Police advised people to stay indoors and avoid the roads. Commuters also were advised to avoid the Port Authority Bus Terminal - which is also used by some to travel to New Jersey - due to overcrowding.

By 5:30 p.m., the terminal had become an immovable block of wall-to-wall commuters all gazing up at the schedule board. Lines of people waited to get into the terminal as officials urged them to take trains or ferries.

The poor weather made it difficult for buses to reach the terminal, officials said. And a multi-vehicle accident on the George Washington Bridge and the closure of the Bayonne Bridge connecting Staten Island to New Jersey added to the traffic nightmare.

A mayoral spokesman said the early storm meant that Metropolitan Transportation Authority didn't have snow chains on its buses. He said many of them had to pull over, "further clogging streets."

There were scattered delays on the Long Island Rail Road and New Jersey Transit reported 30-minute delays systemwide. Flight delays of up to an hour were reported at JFK, LaGuardia and Newark airports.

In New Jersey, former New Jersey Gov. Chris Christie tweeted that it took him five hours and 40 minutes to commute from Piscataway to Mendham, a roughly 26-mile (41-kilometer) journey that normally takes about 40 minutes.

Forecasters said the snow should change to rain overnight.

As much as 8 inches (20 centimeters) of snow blanketed the St. Louis area, and forecasters predicted up to 6 inches (15 centimeters) in parts of southern New England as the storm made its way east. They also predicted northern New Jersey could see 4 to 8 inches of snow before the system exits the region early Friday, while parts of suburban Philadelphia had 5 inches (12 centimeters ) of snow by Thursday afternoon.

Weather officials said the overnight trace in Alabama missed setting a record for earliest snow by about two weeks.

In neighboring Mississippi, a tour bus bound for a casino overturned, killing two people and injuring 44 others Wednesday afternoon. Witnesses said the driver lost control after crossing an icy overpass and the bus rolled over on its driver's side, coming to rest in an interstate median, Mississippi Highway Patrol spokesman Capt. Johnny Poulos said. The crash happened about 35 miles (55 kilometers) southeast of downtown Memphis, Tennessee.

"All of a sudden the bus started swerving then it spun around two times, hit the rail and then flipped over," bus passenger Veronica Love told news outlets as she left a hospital after the wreck. "The second spin, it started picking up speed. It was, I mean, what could you do?"

Later Wednesday night, near Little Rock, Arkansas, three people were killed in separate crashes on icy roads. The interstate was closed and reopened shortly before daybreak Thursday, but officials said traffic was slow-going because some drivers had fallen asleep.

Officials in Ohio reported at least one traffic death that was likely weather-related. Indiana State Police also reported a death early Thursday, which they said was caused by the 60-year-old woman driving too fast on a slick road.

In Philadelphia, a meteorologist told the Allentown Morning Call that this storm is "an overperformer." By 3 p.m. Thursday, parts of suburban Philadelphia had 5 inches of snow. The freezing rain turned to ice on roads around the state, leading to a number of crashes and reports of cars sliding off roads.

In North Carolina, the National Park Service closed a portion of the Blue Ridge Parkway to traffic Thursday because of dangerous road conditions stemming from snow, sleet and freezing rain, the Asheville Citizen Times reported .

Schools closed or sent students home early across the lower Great Lakes and the Northeast, including at the University of Connecticut where classes were canceled in the afternoon.

In Virginia, the planned launch early Thursday of an unmanned cargo rocket to the International Space Station had to be rescheduled by one day because of the weather, NASA said. The unmanned Cygnus cargo craft is now scheduled to lift off early Friday from Wallops Island on the Eastern Shore carrying supplies and research materials for the astronauts at the space station. 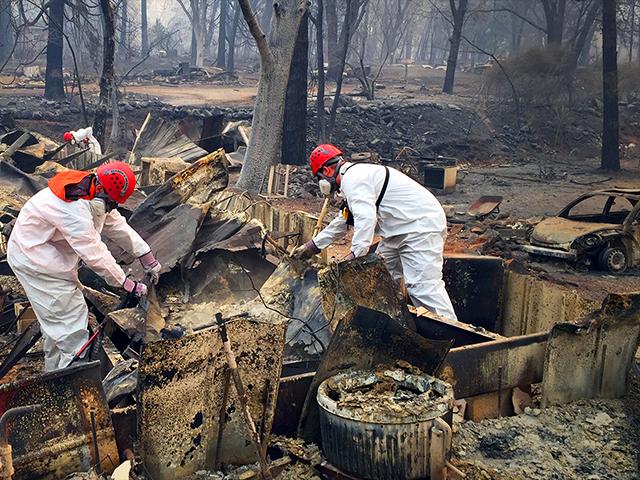