Death Toll Soaring in California with 100+ Still Missing: 'It Looks Like a War Zone' 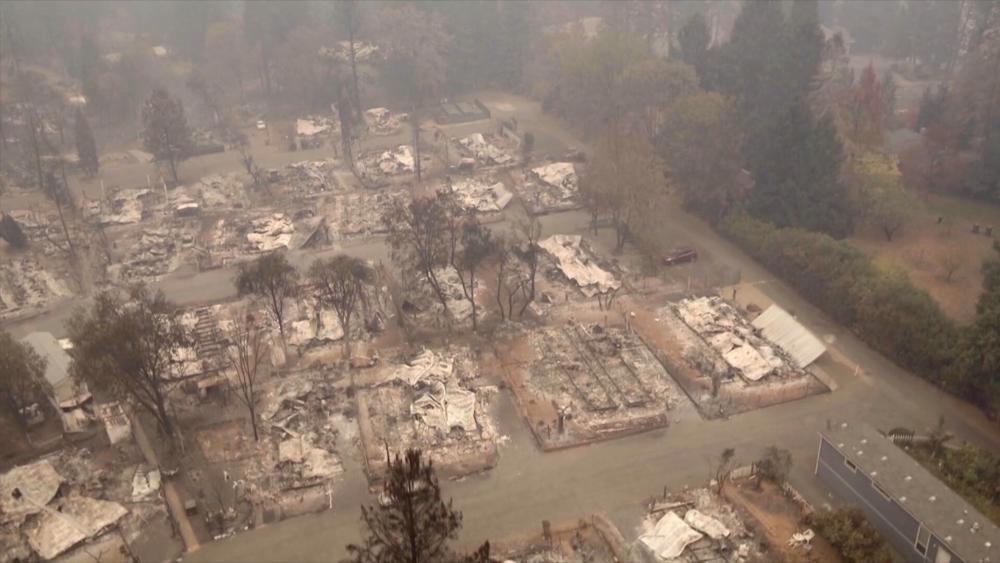 The 'Camp Fire' in northern California has become the deadliest fire in the modern era and it's not done yet. The raging wildfire is only 35 percent contained and the search for its victims is so vast that the number of crews increases by the day.

As of Wednesday night, the staggering death toll had soared to 56 people, and at least 130 others are still missing.

The Butte County town of Paradise, CA has been ground zero with nearly 8,800 homes destroyed. A majority of the fire's victims and missing reportedly called Paradise home.

"This is so devastating that I don't really have the words to describe it. It looks like a war zone. It is. It's the devastation that only fires of this kind could bring about. Nobody's really expecting it. But it happens," Gov. Jerry Brown said Wednesday.

CBN's Operation Blessing is in California connecting with churches there and determining what needs can be met. They plan to get disaster relief supplies into the area as soon as possible.

Meanwhile, a grim warning from authorities that the death toll from the 'Camp Fire' has the potential to double.

"There are potentially over a hundred people that were killed in Butte, potentially," said CAL Fire Chief Thom Porter.

They tell residents that they won't be allowed back into their neighborhoods until the search for the missing is over.