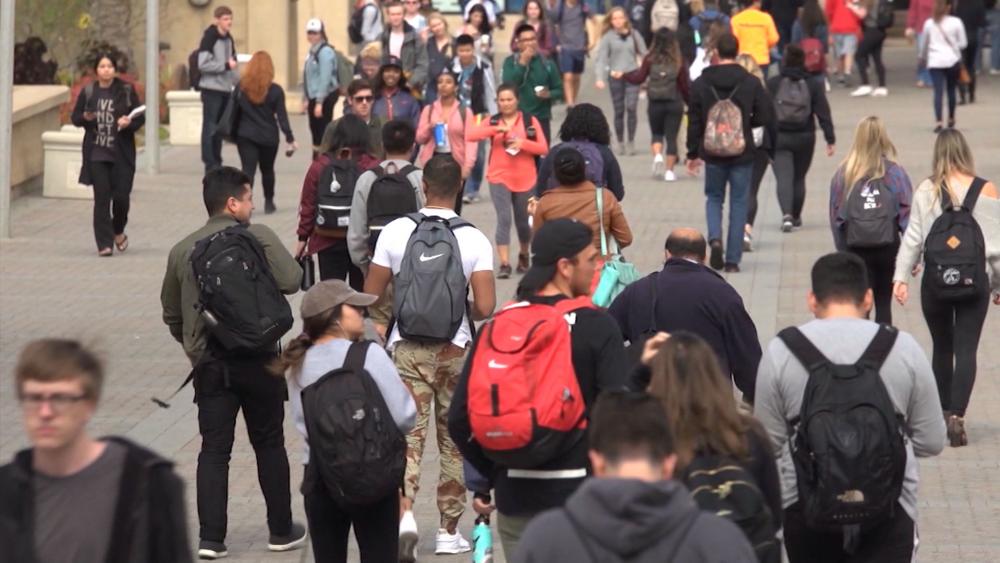 5856862823001
It's Not Just Dumb Neo-Nazis, It's Your Smart College Student: Anti-Semitism Spikes Most in Colleges

GEORGE MASON UNIVERSITY, Virginia – In the wake of the Pittsburgh synagogue mass murder, Americans have realized anti-Semitism is definitely on the rise.

Some people hear about this bigotry here in America and they tend to blame people on the Right. But often it's coming from the Left and many times these days it's right on college campuses.

Alyza Lewin is president of the Brandeis Center, which fights this hatred of and discrimination against the Jewish people.

She told CBN News, "The truth is that anti-Semitism has been on the rise across the board. The Anti-Defamation League talks about how there's been an uptick; I think it's a 57 percent increase. But on the university campuses, just in the last year alone, it's up 80 percent."

For example, UCLA is taking heat for hosting the Students for Justice in Palestine (SJP) annual conference this month.

As philanthropist Adam Milstein pointed out in a tweet on his account @AdamMilstein, this comes though SJP members use words like "Let's stuff some Jews in the oven" – "Kill all the Jews" – "Don't hesitate to slash their throats – "Zionist scum of the earth" – and "The world would be soooo much better without Jews."

"Because when they wear Hebrew t-shirts, they feel that it makes them a target," she said.

He confirmed what Lewin mentioned, saying, "I've heard of a lot of stories of students who are wearing Jewish religious symbols like a Star of David necklace or a Hebrew t-shirt being accosted by other students, calling them 'Zionist baby-killers' and that sort of thing."

Some of the on-campus prejudice against the Jews comes from Middle Eastern Muslim students now studying in America.

"Anti-Semitism is common and unobjectionable in the Middle East," Bernstein stated. "Rates of anti-Semitism in Syria, the Palestinian territories, Jordan, Egypt are 80 percent plus."

And Jews on campus get judged for their identification with and their defense of the Jewish homeland Israel.

"On the Left-wing side, the anti-Semitism tends to be masked as anti-Zionism or anti-Israelism," Lewin pointed out. "The difficulty there is many people don't understand how that is anti-Semitism.

She went on, "They don't realize this yearning for Zion, this desire to return to Zion, this special feeling about Zion, about Israel, is an integral part of Jewish identity. There's a deep spiritual, religious connection to Israel that pre-dates the creation of the modern state of Israel."

Bernstein added, "If you demonize Israel, if you think Israel is so awful it should be the one country singled out for sanctions and boycotts and all that, then you say to yourself, 'well, who's defending this evil country?' And, not surprisingly, the people who are most active in defending Israel on many campuses are Jews. So there must be something wrong with the Jews."

Some Jews Judged for being Too White

And on many Left-leaning campuses, people routinely get categorized and judged by their color or class, especially whites these days.

Bernstein spoke as if he were one of those judges, saying, "How we think of you depends on whether we think you have 'white privilege' or how far away you are from white privilege. And for whatever reason, somewhat arbitrarily, the Left has decided Jews are white and Arabs, who share a good part of the same DNA, are not."

Lewin finds it almost laughable that such people judge that the Jews – who after all faced the Holocaust – can't understand what prejudice and suffering minorities face.

She said, "Because you have no idea what oppression feels like, which is the greatest irony, right? They say 'you're white. And if you support Israel, you are the oppressor.'"

Bernstein does worry about anti-Semitism rising among far-Right fringe groups, but more so about its rise on the Left.

"The problem with the Left is that the fringe isn't as fringe-y," he suggested. "You won't see any Republican politicians hanging out with David Duke. But you will see Democrats hanging out with Louis Farrakhan."

That's the Nation of Islam leader who recently suggested Jews are like termites.

Some folks dream that social sicknesses like racism and anti-Semitism may just fade away as civilization progresses. But if it's bubbling up on college campuses and among the young, it's a dream that may not become reality for a long, long time.