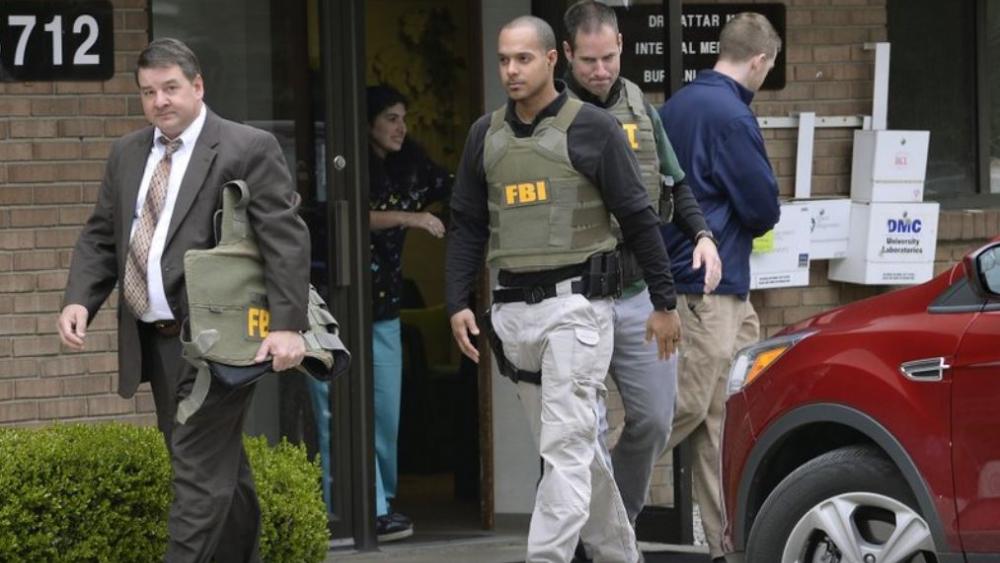 In this April 21, 2017 file photo, FBI agents leave the office of Dr. Fakhruddin Attar at the Burhani Clinic in Livonia, Mich., after completing a search for documents. AP photo.

MINNEAPOLIS (AP) — Women’s rights advocates said they were shocked when a federal judge in Michigan ruled this week that a law protecting girls from genital mutilation was unconstitutional. They called his decision a serious blow to girls’ rights. Legal experts said the judge made clear that U.S. states have authority to ban the practice, though only about half do.

Here is a look at the ruling, which dismissed several charges against a doctor accused of cutting nine girls in three states as part of a religious custom, and what could happen next.

Dr. Jumana Nagarwala was among eight people charged in federal court in Michigan in connection with the genital mutilation of nine girls from Michigan, Minnesota and Illinois between 2015 and 2017. Authorities alleged that mothers brought their girls to Nagarwala when they were roughly 7 years old for the procedure.

Nagarwala has denied any crime was committed and said she performed a religious custom on girls from her Muslim sect, the India-based Dawoodi Bohra.

On Tuesday, U.S. District Judge Bernard Friedman threw out mutilation and conspiracy chargesagainst all the defendants. He ruled that a 1996 federal law that bans female genital mutilation was unconstitutional because Congress didn’t have the power to regulate the behavior in the first place.

Heidi Kitrosser, a law professor at the University of Minnesota, explained that Congress doesn’t have unlimited authority to legislate and can only make laws that fall within powers explicitly outlined in the Constitution.

In this case, Friedman found that Congress lacked authority to regulate the practice under the Commerce Clause because the procedure is not a commercial activity. He also said Congress’ treaty powers don’t give it authority, because there was no rational relationship between treaty obligations that call for equal rights and a law banning genital mutilation.

But the judge clearly stated that the power to regulate female genital mutilation lies with state governments, which have primary authority in defining and enforcing criminal law.

“The court really could not have been clearer in suggesting this is something that states can do,” Kitrosser said.

The AHA Foundation works to protect women from genital mutilation, honor violence and forced marriages. The group said the ruling was outrageous and set a precedent that cutting girls’ genitals was not a concern at the national level.

While 27 states have laws against female genital mutilation, including Minnesota and Illinois, the 23 states that don’t could become destinations for the procedure, said Amanda Parker, the foundation’s senior director. Michigan lawmakers banned the procedure after Nagarwala’s arrest.

“This is exactly how we got here. The defendants in this case had the victims shipped from Minnesota to Michigan, and the only way of holding them accountable for FGM was the federal statute,” Parker said in a statement. She said the court ruling “sends the message that the authorities are not serious about protecting girls, especially those in immigrant communities, from this form of abuse.”

Friedman said in his ruling that states without laws specifically banning female genital mutilation can still prosecute the practice under laws that criminalize sexual battery and abuse.

“No state offers refuge to those who harm children,” he wrote.

“This is such an underground, secretive, barbaric practice,” Zarubin said. “I think the judge made a major mistake.”

Genital mutilation, also known as female circumcision or cutting, has been condemned by the United Nations. The World Health Organization says there is no health benefit to the procedure, and it can cause numerous health problems. The practice is common in parts of Asia, Africa and the Middle East and is generally performed as a way of controlling a girl’s sexuality.

It’s difficult to gauge how often genital cutting occurs in the U.S . because the practice is largely underground. A 2012 study from the U.S. Centers of Disease Control and Prevention estimated that more than 513,000 girls in the U.S. had been subjected to or were at risk of undergoing genital cutting.

Federal prosecutors have the option of appealing Friedman’s ruling, but it’s unclear if they will. The U.S. Attorney’s Office has not returned messages from The Associated Press his week seeking comment.

Molly Blythe, an attorney for Nagarwala, said Friedman’s decision was warranted under the law and it is “exactly what our justice system is designed to do.”

Although the bulk of the case is now dismissed, Nagarwala and three others still face federal obstruction charges, and Nagarwala faces an additional count of conspiracy to travel with intent to engage in illicit sexual conduct.

Blythe said Nagarwala will continue to fight the remaining charges.

If Friedman’s decision stands, the AHA Foundation will work with Congress to try to pass a new federal law to ban the procedure nationwide, said Zarubin. The foundation will also continue work to ban the practice in all 50 states.

“I think a lot of us in the community that are working to try to ban female genital mutilation in this country are beside ourselves” with this decision, he said. 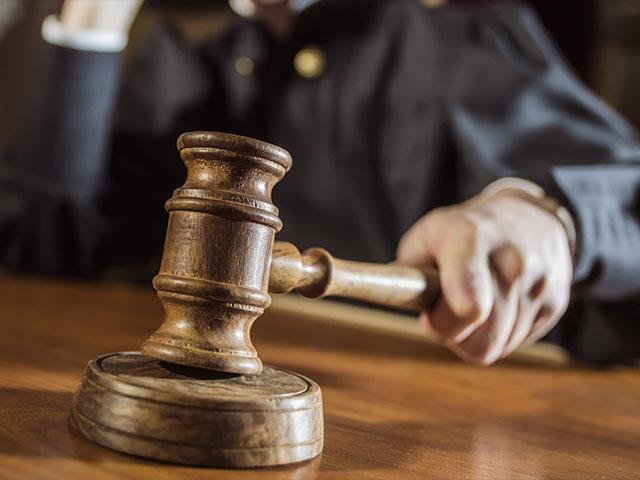