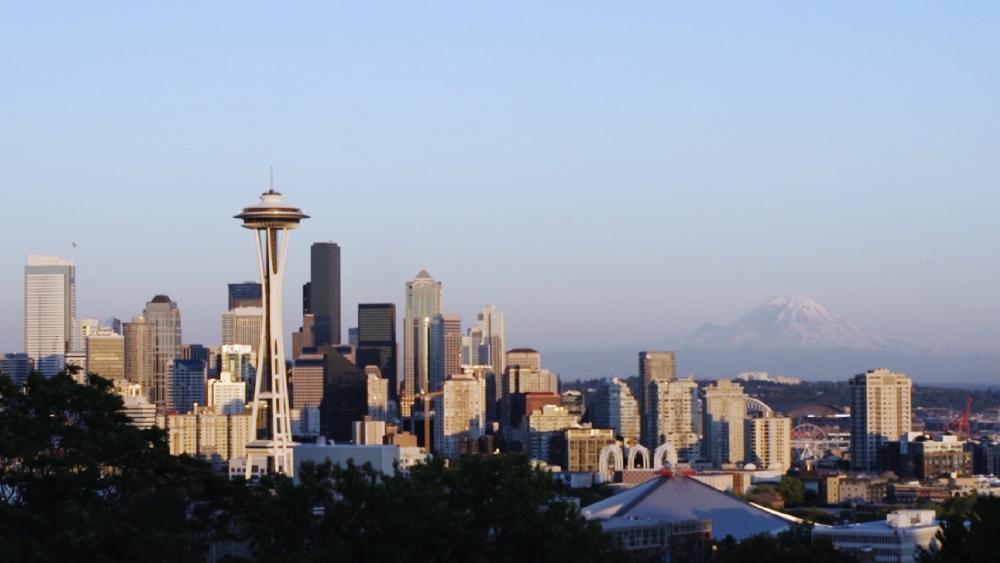 PACIFIC NORTHWEST— When it comes to natural disasters, the Pacific Northwest is just about the nation's quietest corner. But the biggest killer quake to ever hit America is likely to happen right there.

That's because a fault line runs up the entire coast of Oregon and Washington that someday could cause a more devastating earthquake than anything ever predicted along California's infamous San Andreas Fault.

It's called the Cascadia subduction zone and sits right on the Ring of Fire that rims the Pacific Ocean. As it did regularly before pioneers began to settle the Northwest, It'll eventually send powerful, ground-shredding shakes through much or all of the land between the coast and the mountainous Cascade Range.

He's a leading expert on this once unknown fault line. The lack of knowledge about it meant construction all over the Northwest went up wherever and however for many, many decades without taking giant earthquakes into account.

"The whole Pacific Northwest is very, very fragile. Essentially our cities are turn-of-the-century cities built on a time bomb," he intoned.

If it should hit Seattle at a monstrous nine or higher on the Richter scale, FEMA's regional planner pointed out just one of many frightening results.

Glass Three Feet Deep Piled Up in the Streets

"When the skyscrapers start swaying…well, a lot of them are designed to have their windows pop out," said Matt Caesar at the region's FEMA headquarters in Bothell, Washington.

Caesar deals with disaster planning all the time, but that one fact spooked even him.

"That glass thing really stuck with me. When you think about all those glass panes falling," he said, shaking his head.

Caesar didn't want to discuss death toll numbers from a Cascadia quake, but it's clear, as he put it, "Many, many people will lose their lives, unfortunately."

Hillside Homes: Great Views, But Could Come Tumbling Down

The Northwest is famous for its scenic mountain peaks and beautiful bodies of water surrounded by thousands of hillsides.  So people have built all over those hillsides. Unfortunately, a powerful quake will bring many of those homes tumbling down.

Because land next to the water is particularly desirable, cities like Portland and Seattle just made more such land.

WANT TO WATCH CBN NEWS ON YOUR TV, 24-7? Click Here to Find the CBN News Channel

"All of those cities have filled along their waterfronts to expand into the bays and estuaries and spots like that," Goldfinger said.

The sad fact is that fill-land is not nearly as solid as old-fashioned solid ground.

Caesar pointed to the metropolis near FEMA's regional headquarters and said, "Seattle was built on fill, and that doesn't do well in disasters."

"So you have the earthquake shaking and you have the ground just basically liquifying out from under the buildings," Goldfinger described.

The structures on top of such ground will find they're on surfaces suddenly moving side to side and up and down, maybe undulating like ocean waves. It's hard for structures to survive something like that. Gas lines, water lines, sewage lines will all be breaking. There'll be much flooding and lots of fires.

"Fires are always big after disasters," Caesar stated, recalling, "I was at Katrina. The water was boiling with fire because the gas lines were ruptured where it flooded. And it ignites. The water is literally on fire."

"So you'll have the major highways blocked every couple of miles by collapsed bridges," Goldfinger warned.

The region is rich in hydroelectric power, but many of the lines and towers bringing it in will fall.

Many Months, Maybe Years to Recover

After many of these areas crumble, flood or burn, well more than a million people may need temporary housing, food, and water.

And getting all these places, things, and services that are destroyed or damaged restored could take a long, long time.

There'll be so much destruction because, in the worst kind of quake, this usually peaceful, stable region would drop about six feet and slide more than 30 feet toward the Pacific Ocean.

Which would cause a truly horrifying result – a tsunami so large, it would wipe out anything on the coast that's not on high enough ground.

Halfway down the Oregon Coast, a section of Lincoln City is so low, the ocean almost reaches up to some of the buildings at high tide.

The tsunami would bring water 20 to 80 – maybe even 100 – feet higher than today's high tides. Most of the structures that have survived the killer quake but built too low will be smashed into by a devastating wall of water. And the next surge could be even higher, and the one after that higher still.

It won't just be the water causing destruction, but everything it picks up. Goldfinger described what would happen all around and on the spit of land where CBN News interviewed him in the middle of Newport, Oregon's Yaquina Bay, a few hundred yards from the Pacific.

"Then suddenly you've got a bay full of fishing boats, refrigerators, cars and everything else," Goldfinger explained. "And it's like a glacier of debris that's just kind of sloshing back and forth."

Paying the Cost to Save Seaside's Students

Much of Seaside near coastal Oregon's northern border is almost eye-level with the ocean. Planning manager Kevin Cupples knows just about all the area's schools would be right in the tsunami zone. That's why he's really pleased residents recently voted for funding to move the schools and kids to higher ground.

"So now they're basically going to be outside the inundation zone and on stable ground," Cupples told CBN News.

But that kind of worst-case planning is unfortunately rare because this area's been strangely quiet for so long when it comes to quakes.

As Caesar put it, "The Ring of Fire: you can see all these other places having this seismic activity and then there's this one void, our area, that's not."

As he campaigns for smarter building and planning in this region, Goldfinger said he gets every kind of reaction.

"Everywhere from 'I'm gonna pick up my family and move to the Midwest' to 'Meh, I don't care that much,'" he shared.

As one friend who lives right by the ocean told Goldfinger, "'If a tsunami gets me, well, I've had a good life.'"

Resistance to stronger and more stringent building and planning comes mainly from those who don't want to spend the necessary dollars to retrofit old buildings or from areas scared to lose tourist dollars.

"They don't want people to be afraid to go to the coast because they've heard about this earthquake thing.  And so that's what happens when economics meets Mother Nature," Goldfinger stated.

On the low spit of land where he stood surrounded by Yaquina Bay, the Oregon State University professor admitted he couldn't even talk his own university out of building a major extension on this real estate sure to be dealt a double-blow by a killer quake and massive tsunami.

"What we're standing on now is built up, but it was originally a sandbar," Goldfinger said. "So most of this will liquify and sink back into the bay."

Sooner or Later, It Shall Hit

Recent discoveries show these killer Cascadia quakes hit on average 243 to roughly 500 years apart.  Well, it's been 318 years since the last one, so parts of the region are way overdue. Southern Oregon is the area most likely to get hit next, with Seattle and northern Washington the least likely. Though, again, we're talking averages, so no one knows when the next will hit…only that for sure, sooner or later, it shall.

"Someday it's going to happen. And that could be 15 minutes from now or that could be years down the road," Seaside's Cupples explained.

"We could literally have it right now," Goldfinger added. "And we'd be looking around, saying 'okay, I guess this is it.'"

Caesar is sorry for news reports that may have panicked parts of the population, but he's at least grateful they're getting folks to talk and prepare. Like planning where to go and how to get there when a quake or tsunami hits, or where to meet up if a family is apart when it hits.

Cupples recommended getting together a "Go-Bag" filled with important data you'll need after a disaster and the food, water, clothing, shelter, etc., you and your loved ones will need to survive for a while on your own.

Goldfinger suggested if your home survives, you may be able to just camp in place, but you need to get tents, equipment and so forth gathered in a location where they won't get buried if homes and trees and power poles do come crashing down around them. And he warned not to take your car because it's almost certain the roads won't be drivable.

All this takes thoughtful thinking, talking and planning – a good idea if you live anywhere that mayhem may strike.

Likely You'll Need to Rescue Yourself

"It is an important thing to have these conversations with your kids and family," Caesar argued.

He pointed out in a region of 7,000,000 potential victims, it's quite likely rescuers won't be able to get to you, or at least maybe not for a long time, so you'll need to rescue yourself.

There's no way to say for certain when a massive Cascadia quake is going to rip through the Northwest. But in an area that's largely unprepared for such an event, it's pretty much up to each individual and family to do what they can to be prepared for such a day of disaster.