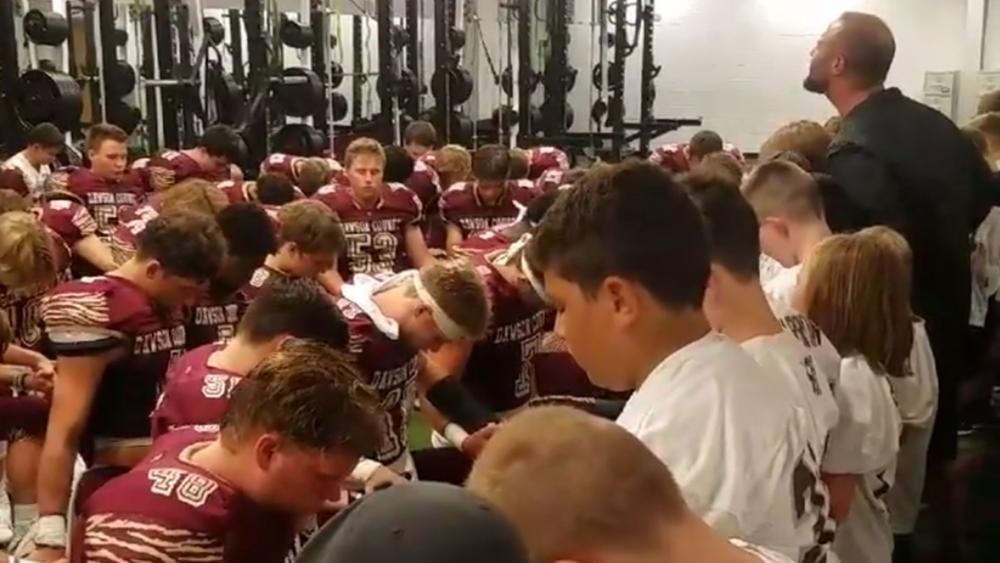 A group of Georgia high school football players are continuing their tradition of praying before games after their pastor was stopped from praying with them.

Russell Davis, pastor of Etowah Church in Dawsonville, often prayed with the Dawson County Tigers before games as the team's designated "character coach" – that is, until a video of him praying went viral.

In the video, Davis prayed for the players to recognize God's purpose for their lives, Christian Headlines reports.

After the footage surfaced, the Wisconsin-based Freedom From Religion Foundation issued a letter to the school district demanding they fire the pastor.

"It is well-settled law that schools cannot appoint or employ a chaplain, seek out a spiritual leader for students or agree to have a volunteer teach other people's children that character centers on religious belief, because public schools may not advance or promote religion," the FFRF letter read.

"The school cannot allow non-school adults access to the children in its charge, and it certainly cannot grant that access to ministers seeking to grow and target their religious ministries using students. This is a violation of both students' and parents' rights," the group said.

The school district responded with a memo saying staff and volunteers would no longer pray with the students.

"The district is committed to complying with the principles set forth in the First Amendment including the Establishment Clause while protecting the rights of students to exercise their freedom of religion rights under the Constitution," the school district's attorney, Philip Hartley, wrote.

"The superintendent has spoken with appropriate individuals and employees and is confident that any prayer in a school setting that involves students will be voluntary, student-initiated and student-led so as to protect the rights of all students in the district. This appl [ies]  to staff as well as volunteers," he added.

According to Dawson County News, the Tigers did not let that decision stop their pre-game prayers. After praying as a team on Sept. 21, they defeated Lumpkin County High 36-3.